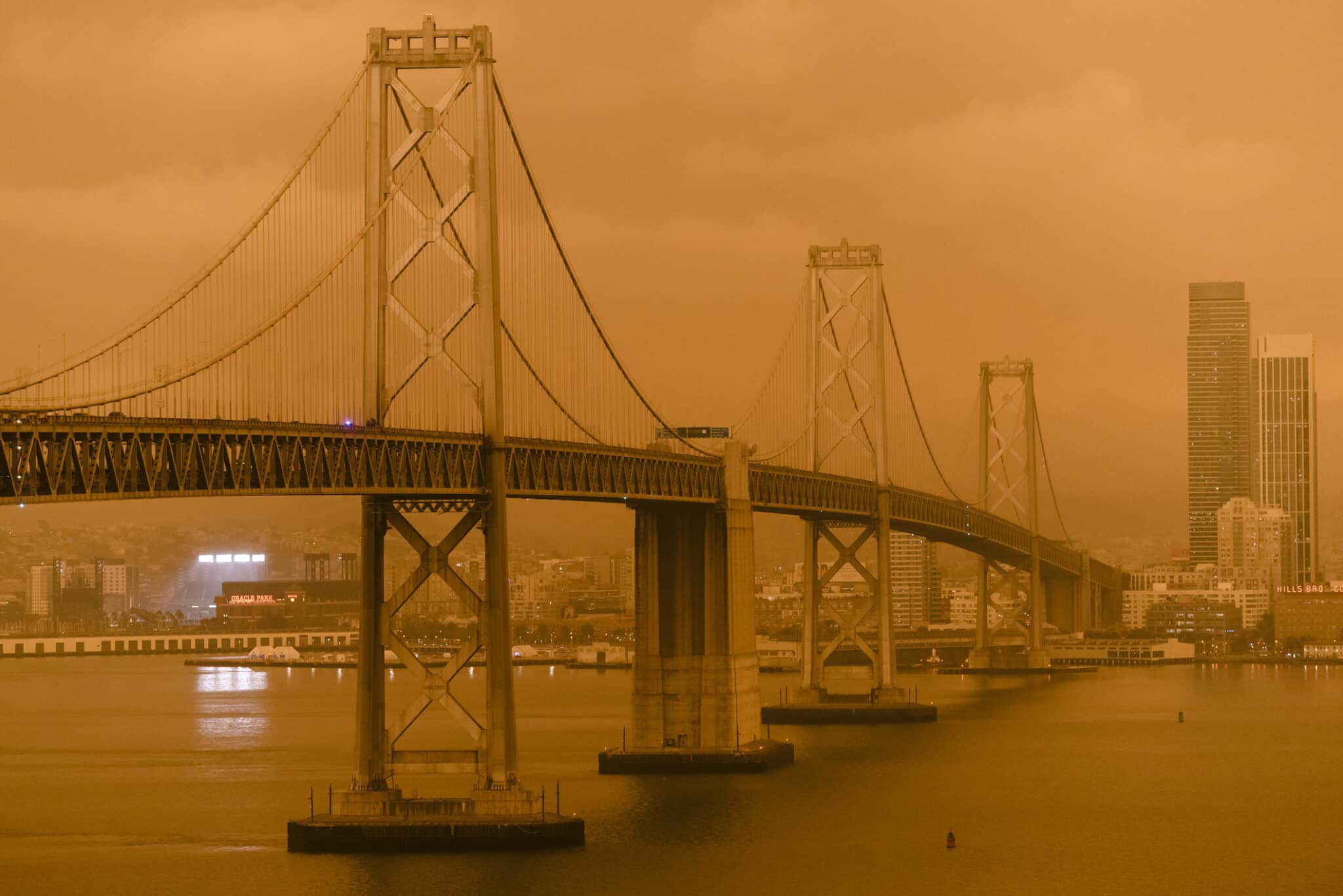 In 2020, California suffered a devastating wildfire season. More than 9,900 fires burned around 4.3 million acres, more than doubling the previous record, killing 33 people and cost the economy more than $19 billion, according to the University of California Davis.

Now, a new study led by researchers at the University of California, Los Angeles (UCLA) has calculated a new impact: the burns released so much carbon dioxide that it canceled out the state’s attempts to reduce greenhouse gas (GHG) emissions between 2003 and 2019.

The study, “Up in smoke: California’s greenhouse gas reductions could be wiped out by 2020 wildfires,” was published in the journal Environmental Pollution. The research team, which also included a scientist from the University of Chicago, calculated fire emissions from publicly available satellite data from the Global Fire Emissions Database (GFED4s) and the Global Fire Assimilation System (GFAS). They also looked at fire emissions calculations from the California Air Resources Board (CARB). They then compared the fire emissions data to CARB data for California’s overall emissions from 2003 to 2019. They calculated that, between 2003 and 2019, wildfires emitted an average of 18 million metric tons of carbon-dioxide equivalent a year. In 2020 alone, however, wildfires emitted around seven times that much, or 127 million metric tons of carbon-dioxide equivalent. That was also more than two times the emissions reductions the state of California had succeeded in achieving through climate policies between 2003 and 2019.

“To the great credit of California’s policy-makers and residents, from 2003 to 2019, California’s GHG emissions declined by 65 million metric tons of pollutants, a 13% drop that was largely driven by reductions from the electric power generation sector,” Jerrett said in the press release. “Essentially, the positive impact of all that hard work over almost two decades is at risk of being swept aside by the smoke produced in a single year of record-breaking wildfires.”

In 2020, wildfires were also the second-most important source of emissions in the state after transportation, which was responsible for 166 million metric tons of carbon-dioxide equivalent.

The effect documented in the study is an example of a “positive climate feedback loop,” the study authors explained. It is well documented that the climate crisis is making fires in the Western U.S. in general and California in particular more frequent and severe. Moreover, when forests burn, they transition from carbon sinks to carbon sources, further releasing atmosphere-heating emissions that thereby increase fire risk.

“Although wildfires are a natural feature of many ecosystems in California, the increase in severe and frequent wildfire events has raised the possibility of transformed post-fire ecosystems,” study co-author and UCLA Fielding School professor Dr. Miriam Marlier said in the press release.

This means that increased fires could have a serious impact on the state’s climate goals.

“Even if long-term regrowth occurs, however, the carbon emissions occurring in the next 15–20 years will make it difficult to reach emission reduction targets needed to avert the increases in mean global temperature advocated by the Intergovernmental Panel on Climate Change, or IPCC,” Marlier added.

The researchers also calculated the financial damages caused by the emissions from the 2020 fires and found that they were around $98.7 million for California, around $986.9 million for the U.S. and around $7 billion internationally.

“These are estimates, of course, but they represent a currently unquantified aspect of damages due to fires that are incurred globally, in the U.S., and in California itself,” study co-author and University of Chicago Harris School of Public Policy assistant professor Dr. Amir Jina said in the press release. “These damages should be counted in addition to fire control costs, damages to health from air pollution, and direct loss of life and property.”

To address the problem of wildfire emissions, the study authors recommended regularly monitoring these emissions, shifting the fire management focus from suppression of fires to more preventative strategies like undergrowth clearing and controlled burns and reducing new developments in the wildland-urban interface (WUI). They also called for more research and communication to help politicians and ordinary residents understand best-practices for reducing fires.

“Wildfire emissions have not received nearly the same level of investment or attention as GHG emissions from other sectors,” Jerrett said in the press release. “Although wildfires are to some extent natural occurrences, human activity contributes to making wildfires ‘unnatural disasters’ through man-made climate change and development at the WUI in fire prone areas – and every Californian can understand the potential costs.”