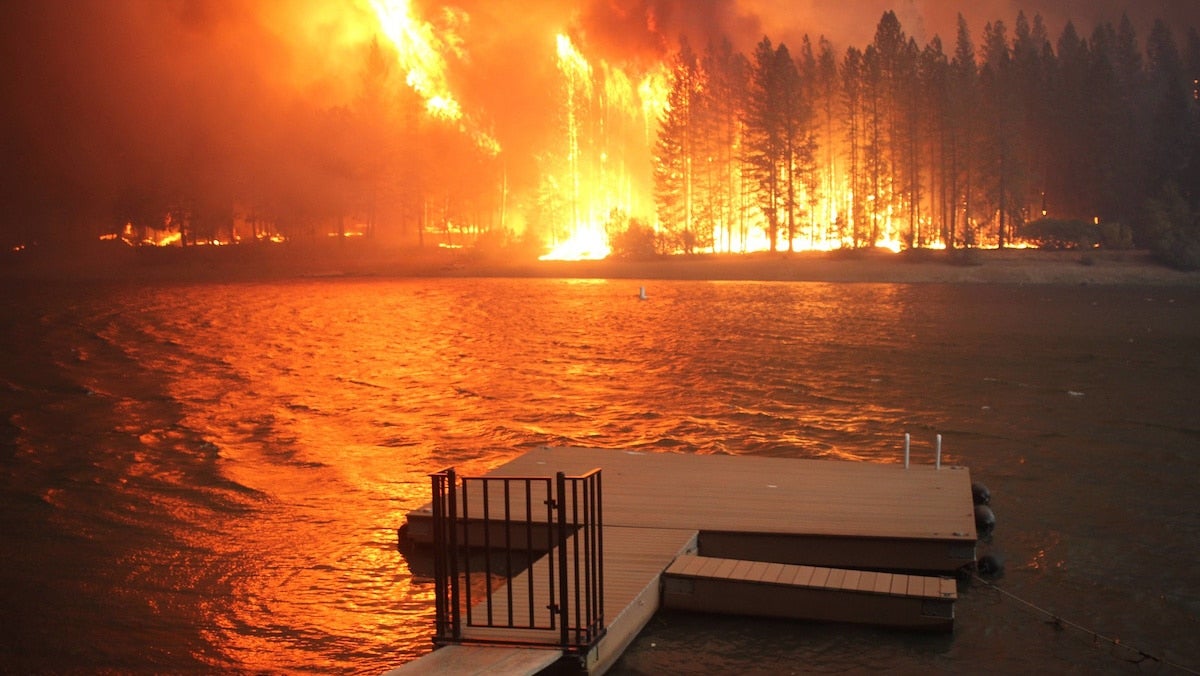 The August Complex Fire in California has now burned more than 1 million acres, making the fire the state’s first gigafire. For context, that means the Northern California inferno has now burned an area larger than the entire state of Rhode Island, as Vox reported.

An update on the fire posted Tuesday night by the California Department of Forestry and Fire Protection (CAL FIRE) said the August Complex Fire has burned for 51 days, touched seven counties, and is 60 percent contained. It has consumed 1,008,590 acres.

The announcement that California now has the first gigafire on record came on the heels of the state announcing that this year’s fires have set new records by burning more than 4 million acres so far, more than double the previous record, as EcoWatch reported on Monday.

So far, five of the six largest fires in the state have occurred this year, according to The Guardian. The August Complex Fire has burned through more than double the amount of land as the state’s previous record holder, the Mendocino Complex Fire, which ravaged Northern California in 2018, as Gizmodo reported.

The August Complex Fire started when a series of dramatic lightning strikes caused several small fires that were increased by strong winds. The small fires joined together to form the gigafire that is still burning today, as CNN reported.

It was one of several fires that intensified from a series of bad luck as lightning strikes were followed by intense heat waves and high winds that ushered in dry winds. That combination allowed some fires to double overnight, as The Washington Post reported.

“We predicted last year that we were living with the chance of such an extreme event under our current climate,” said Jennifer Balch, a fire ecologist at the University of Colorado Boulder, on Twitter, as The Guardian reported. “Don’t need a crystal ball.”

California’s first gigafire is actually not the first one the world has seen this year. In January, Australia’s saw a gigafire when lightning strikes caused a series of fires that, like the August Complex Fire, morphed into one in on the border of Victoria and New South Wales, as The Washington Post reported. That fire covered nearly 1.5 million acres.

Historically, the U.S. has seen several gigafires, too. The most recent was the Taylor Complex Fire in Alaska in 2004, which covered roughly 1.3 million acres. In 1988, the Yellowstone Fire in Montana and Idaho burned over 1.5 million acres, as CNN reported.

Experts say the increased frequency and intensity of the fires will be the new normal in the West as the climate crisis intensifies. According to an analysis by Climate Central, the increased heat coupled with prolonged drought have made today’s wildfire seasons three months longer than it was in the 70s and wildfires are three times more common, as The Guardian reported.

A CNN meteorologist said that California’s wildfires are eight times larger than they were in the 70s and the amount of land burned every year has increased by 500 percent.

The good news for Northern California in the immediate future is that temperatures are supposed to drop 15 degrees Fahrenheit at the end of the week and rain will move in to help the firefighting efforts, as The Guardian reported. However, it will not be enough rain to put an end to the 2020 fire season.