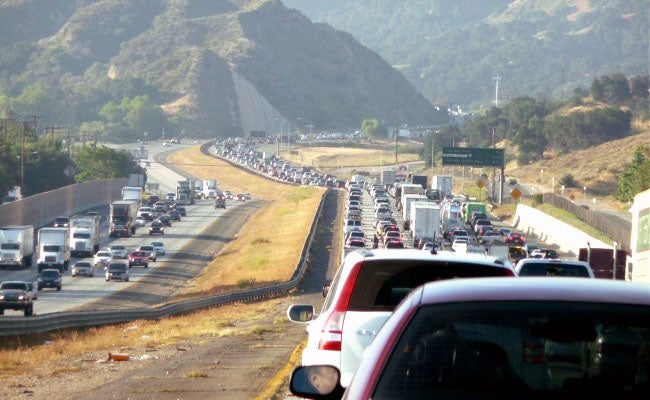 Energy conservation is probably not the first thing that comes to mind when you think about freeways jammed with idling vehicles.

But in California, which has some of the most congested freeways in the country, that’s about to change. The California Energy Commission (CEC) has approved a pilot program in which piezoelectric crystals will be installed on several freeways. 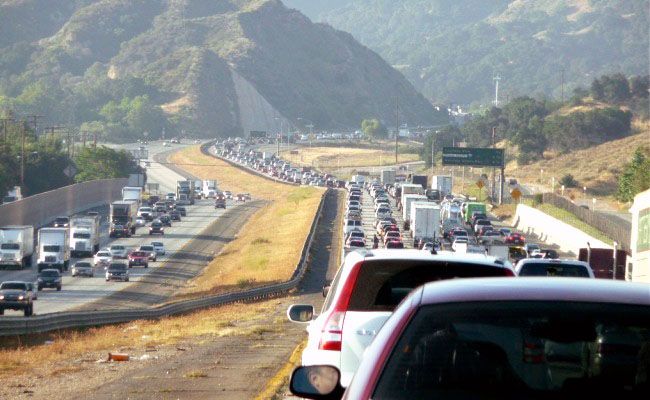 Energy conservation is probably not the first thing that comes to mind when you think about freeways jammed with idling vehicles.Jeff Turner / Flickr

No, these aren’t some kind of new-agey crystals with mystical powers. Piezoelectric crystals, about the size of watch batteries, give off an electrical discharge when they’re mechanically stressed, such as when a vehicle drives over them. Multiply that by thousands of vehicles and it creates an electric current that can be harvested to feed the grid.

In fact, scientists estimate the energy generated from piezoelectric crystals on a 10-mile stretch of freeway could provide power for the entire city of Burbank (population: more than 105,000).

“I still get stopped on the street by people who ask what happened to the idea of using our roads to generate electricity,” said Mike Gatto, a Los Angeles assemblyman, in a press release announcing the program. “California is the car capital of the world and we recycle just about everything. So why not capture the energy from road vibrations and put it to good use?”

Piezoelectric-based energy‐harvesting technology is already being used in other countries. Since 2009, all the displays in the East Japan Railway Company’s Tokyo station have been powered by people walking on the piezoelectric flooring. Italy has signed a contract that will install this technology in a portion of the Venice-to-Trieste Autostrada. Israel is already using this technology on some highways, which is how Gatto got the idea for the pilot program in California. A friend returning from a trip to Israel raved about a road that produced energy.

“If piezoelectric‐based technology has the potential to match the performance, reliability and costs of existing or emerging renewable energy sources, then it can potentially diversify California’s resource portfolio and ultimately increase grid reliability and reduce costs to ratepayers,” states a report prepared for the CEC in 2014 by international certification body and classification society DNV KEMA Energy & Sustainability (now known as DNV GL).

Piezoelectric technology has been used for years in electric guitars and sonar. The crystals are “in effect the reverse of sonar: a vibration comes in and an electric pulse comes out,” according to the press release. This video provides an animated illustration of how they could generate electricity on roadways.

After California Gov. Brown vetoed an assembly bill Gatto introduced in 2011 that would have launched two piezoelectric pilot programs in California, Gatto asked the CEC to study the technology. Five years later, the CEC has agreed to fund pilot projects around the state.

If they are successful, perhaps other states will consider harvesting electricity from their busy roadways.

“Thirty years ago, no one would have believed that black silicon panels in the desert could generate ‘solar‘ power,” Gatto stated. “Piezoelectric technology is real and I am glad the state has finally acknowledged its potential in becoming an energy source.”