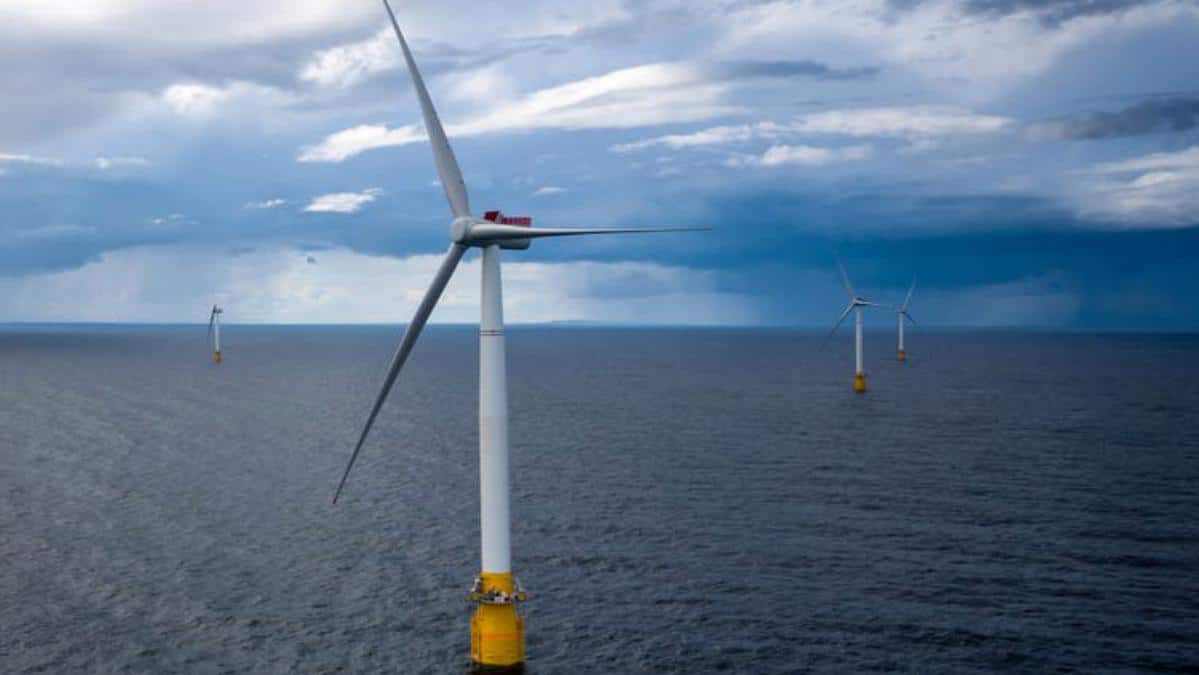 Northern California has some of the strongest offshore winds in the U.S., with immense potential to produce clean energy. But it has a problem. Its continental shelf drops off quickly, making building traditional wind turbines directly on the seafloor costly if not impossible.

Once water gets more than about 200 feet deep – roughly the height of an 18-story building – these “monopile” structures are pretty much out of the question.

A solution has emerged that’s being tested in several locations around the world: making wind turbines that float. In fact, in California, where drought is putting pressure on the hydropower supply and fires have threatened electricity imports from the Pacific Northwest, the state is moving forward on plans to develop the nation’s first floating offshore wind farms as we speak.

So how do they work?

A floating wind turbine works just like other wind turbines – wind pushes on the blades, causing the rotor to turn, which drives a generator that creates electricity. But instead of having its tower embedded directly into the ground or the sea floor, a floating wind turbine sits on a platform with mooring lines, such as chains or ropes, that connect to anchors in the seabed below.

These mooring lines hold the turbine in place against the wind and keep it connected to the cable that sends its electricity back to shore.

Most of the stability is provided by the floating platform itself. The trick is to design the platform so the turbine doesn’t tip too far in strong winds or storms. 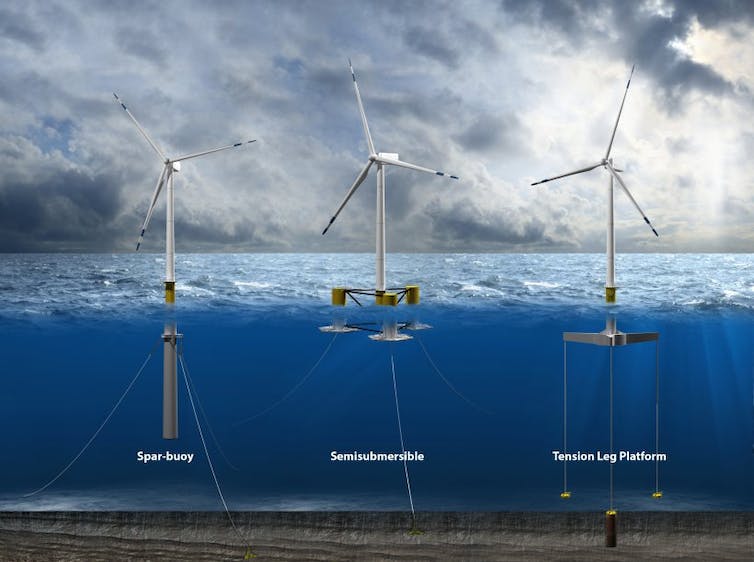 There are three main types of platforms:

Each platform must support the weight of the turbine and remain stable while the turbine operates. It can do this in part because the hollow platform, often made of large steel or concrete structures, provides buoyancy to support the turbine. Since some can be fully assembled in port and towed out for installation, they might be far cheaper than fixed-bottom structures, which requires specialty boats for installation on site. 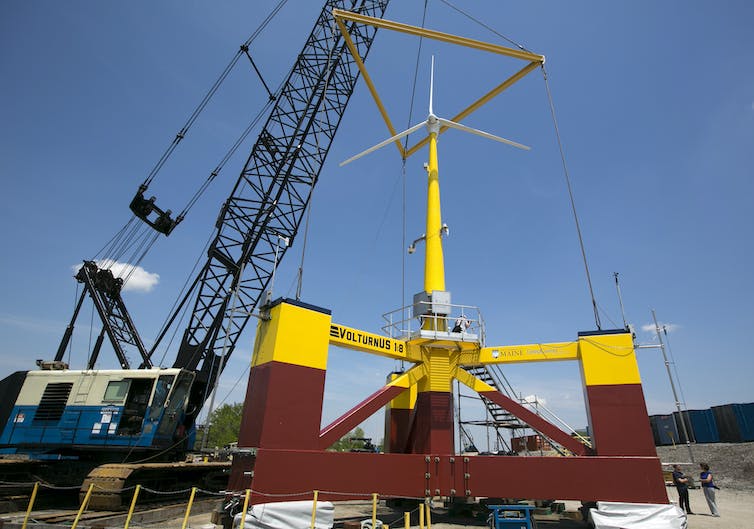 The University of Maine has been experimenting with a small floating wind turbine, about one-eighth scale, on a semi-submersible platform. It plans to launch a full-scale version with corporate partners in 2023. AP Photo / Robert F. Bukaty

Why Do We Need Floating Turbines?

Some of the strongest wind resources are away from shore in locations with hundreds of feet of water below, such as off the U.S. West Coast, the Great Lakes, the Mediterranean Sea, and the coast of Japan.

In May 2021, Interior Secretary Deb Haaland and California Gov. Gavin Newsom announced plans to open up parts of the West Coast, off central California’s Morro Bay and near the Oregon state line, for offshore wind power. The water there gets deep quickly, so any wind farm that is even a few miles from shore will require floating turbines. Newsom said the area could initially provide 4.6 gigawatts of clean energy, enough to power 1.6 million homes. That’s more than 100 times the total U.S. offshore wind power today.

Some of the strongest offshore wind power potential in the U.S. is in areas where the water is too deep for fixed turbines, including off the West Coast and offshore from Maine. NREL

While floating offshore wind farms are becoming a commercial technology, there are still technical challenges that need to be solved. The platform motion may cause higher forces on the blades and tower, and more complicated and unsteady aerodynamics. Also, as water depths get very deep, the cost of the mooring lines, anchors, and electrical cabling may becomes very high, so cheaper but still reliable technologies will be needed.

Expect to see more offshore turbines supported by floating structures in the near future.

Matthew Lackner is a professor of mechanical engineering at the University of Massachusetts Amherst.