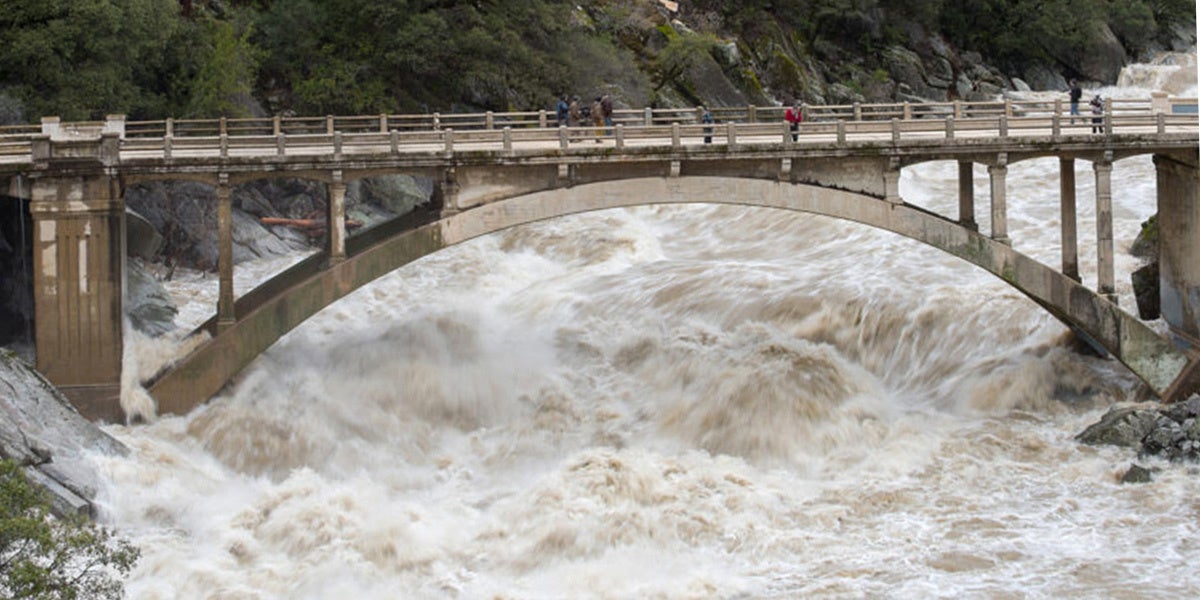 Life is about to become uncomfortable for 40 million people in turbulent California. The citizens of the golden state face a future of extremes, according to new research. The number and severity of floods will grow. But so will the number of extended and severe droughts.

The backcloth to California’s climate—the overall annual precipitation–may not change greatly as the world, and the U.S. with it, warms as a consequence of greenhouse gas emissions from fossil fuel combustion on a global scale.

What instead will happen is that droughts will last longer, and when the rain arrives it will fall much more heavily.

“These are actually huge changes occurring: they are just on opposite ends of the spectrum,” said Daniel Swain, a climate scientist at the University of California, Los Angeles. “If you only look for shifts in average precipitation, you’re missing all of the important changes in the character of precipitation.”

Swain and colleagues report in the journal Nature Climate Change that they made mathematical simulations of the future pattern of the state’s climate as ever greater ratios of carbon dioxide drive global warming and potentially catastrophic climate change.

Even with small changes in overall precipitation, the probability of what they call “whiplash events”—shifts from extreme drought to devastating flood—grows measurably.

The state experienced a four-year drought between 2012 and 2016, and then what they call “an extraordinarily high number of atmospheric river storms” in the winter of 2016-2017. Roads and bridges were washed away by floods and mudslides, and after a dam failed almost 250,000 people were evacuated from their homes. And, the researchers promise, the pattern will continue into the future.

Once again, such studies deliver cumulative confidence: in the last few years scientists have repeatedly, and using separate approaches, confirmed the dangers of climate extremes in California.

They have linked devastating drought to human-induced climate change; they have warned that such droughts could be “the new normal” for citizens; and that when the rains fall, they will bring ever more flooding.

The double impact of warming atmosphere and warming oceans means that more water will be deposited when the rains do arrive. And, say the researchers, the chance of a catastrophic flood to match the 1862 calamity that destroyed one-third of the state’s taxable land will grow three or fourfold.

If it happened again—after 150 years of population growth—it could be a trillion dollar disaster, and millions would have to abandon their homes.

“People tend not to die in droughts in places with a developed economy. People do still die in floods. It happened this year and last year in California. During an event of a magnitude similar to the 1862 flood, a lot of lives would be at risk.”