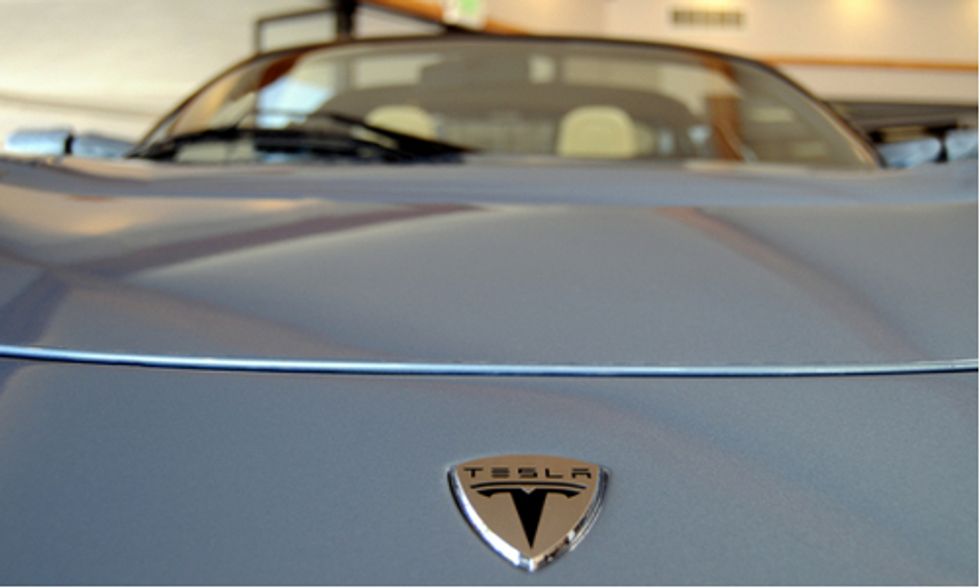 In the last four years, 250,000 electric vehicles were sold in the U.S. and 40 percent of those—102,440— were sold in California, according to the Plug-In Electric Vehicle Collaborative. That includes both battery-driven and hybrid cars. Palo Alto-based Tesla, which just announced the construction of a massive battery factory in next-door Nevada, is responsible for 10 percent of those sales.

“California’s plug-in electric vehicle market is ramping up, and we expect to see significant growth over the next ten years as customers realize how economical and convenient they are,” said California Plug-In Electric Vehicle Collaborative executive director Christine Kehoe.

California has been in the forefront of pushing for the adoption of fuel-efficient vehicles. It's been leaning on automakers to lower tailpipe emissions since the ’70s, and in 2009, the state set new, tougher standards under its Zero-Emission Vehicle program, fueling the boom in EVs. Governor Jerry Brown has set a goal of 1.5 million electric vehicles on the road in the state by 2025.

That means more charging stations are needed to keep the cars running. Currently, more than a quarter of the charging stations in the U.S. are in California, with growing demand. The San Jose Mercury News reported in January the EV owners at Silicon Valley companies are fighting over the chargers at their work places.

ChargePoint, the world's largest EV charging network, opening 500 new stations a month internationally, is one of the companies installing such public charging stations in California.