The Climate Crisis Could Make Your Grocery Bill Even Higher 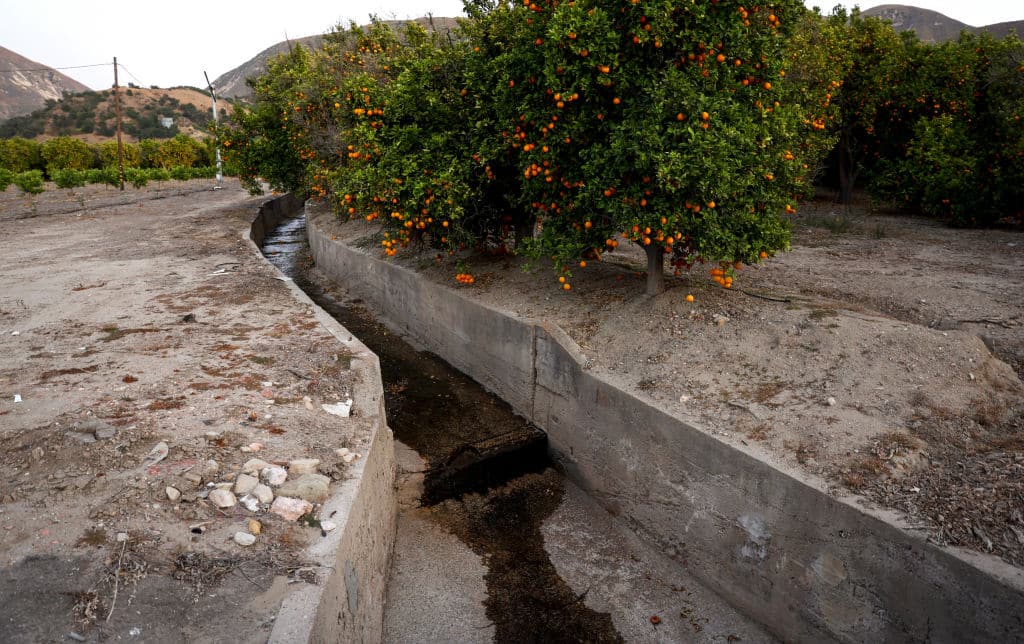 Inflation in the U.S. is the highest in 40 years, partly because of a hike in food prices.

But the climate crisis could force grocery bills even higher, as drought in California and Hurricane Ian in Florida have damaged crops of fruits and vegetables, Reuters reported Monday.

“There’s just not enough water to grow everything that we normally grow,” California State Board of Food and Agriculture President Don Cameron told Reuters.

The U.S. Southwest is currently in the midst of a megadrought that is considered the first known regional drought to be influenced by climate change, according to Axios. The persistent drought, which is the region’s worst in 1,200 years, was made 42 percent more extreme by warming temperatures caused by human activity, according to one study.

California is also experiencing its own drought within a drought, as the past three years have been the state’s driest on record, as the Los Angeles Times reported at the beginning of the month.

“This is our new climate reality, and we must adapt,” Department of Water Resources Director Karla Nemeth said in a statement reported by the Los Angeles Times. “As California transitions to a hotter, drier future, our extreme swings from wet and dry conditions will continue. We are preparing now for continued extreme drought and working with our federal, state, local and academic partners to plan for a future where we see less overall precipitation and more rain than snow.”

The dry weather is having an impact on the state’s tomato crop in particular. The state produces around 95 percent of the U.S.’s processed tomatoes and around 35 percent of the global tomato supply, according to Axios. However, the U.S. Department of Agriculture predicted in August that the state would produce 10.5 million tonnes of tomatoes in 2022, a 10 percent reduction from its January prediction of 12.2 million tonnes.

For example, Aaron Barcellos, whose family has farmed the same California plot for four generations, only planted a quarter of his 2,000 acres and picked his tomatoes two weeks early.

“I don’t think farming in California has ever been more complex and more challenging, and the drought is a large part of that,” he told Reuters.

The drought has also impacted the harvests of onions and garlic, and the reduced supply will mean higher prices at the supermarket.

“What you’re seeing harvested this summer, that really hasn’t even hit the grocery shelf, is a 25% increase in the cost of the product to the processors – the canners, the buyers downstream,” Cameron told Reuters. “The onions and garlic have already been negotiated for 2023, with another 25% increase in price.”

The drought could also impact the winter harvest of leafy green vegetables in California’s Imperial Valley.

Meanwhile, on the other side of the country, Hurricane Ian is likely to further damage Florida’s orange crop, which was already the state’s lowest since 1943, as Bloomberg reported.

On top of that, Highlands Citrus Growers Association executive director Ray Royce told The Ledger that more than a dozen growers had reported that the storm knocked 15 to 80 percent of their fruit from the trees. The losses could grow even higher as standing water from flooding recedes slowly and damages trees.

“I think what is important to say about the citrus is that damage will continue to show itself for months and years,” Royce said. “We’ve seen a lot of fruit hit the ground in recent days and more will hit the ground in the coming week and the stress on those trees will be felt for years.”

Hurricane Ian was made at least 10 percent wetter because of climate change, according to a rapid post-storm study that has not yet been peer reviewed, as AP News reported. Climate change is a problem for citrus crops generally, as drought is also impacting groves in California and Brazil, according to Bloomberg.