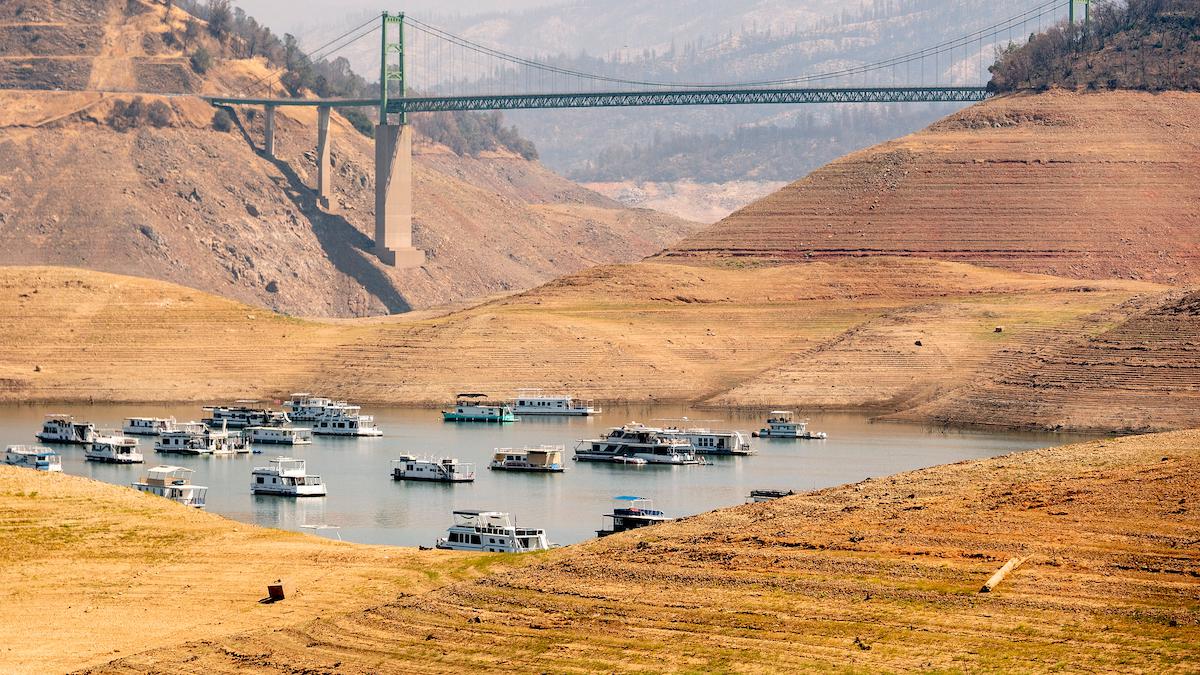 Between October 1, 2020 and September 30, 2021, the cycle on which precipitation is measured, the average precipitation across the state’s weather stations was less than half of the historical average.

Climate change, caused by the extraction and combustion of fossil fuels is intensifying droughts and experts worry the past year is prelude, and even if next year were to see above-average precipitation, “you’re not even going to come close to refilling Lake Mead,” Daniel McEvoy, a climatologist with the Western Regional Climate Center, told the Los Angeles Times.

After a near-brush with the Caldor Fire earlier this year, water levels at Lake Tahoe are also extremely low.

“The Build Back Better agenda will help us tackle the climate crisis with investments in clean energy and electric vehicles, so we can reduce emissions,” Vice President Kamala Harris said Monday while visiting Lake Mead. “And why do we need to reduce emissions? Because that is part of what is contributing to these drought conditions.”