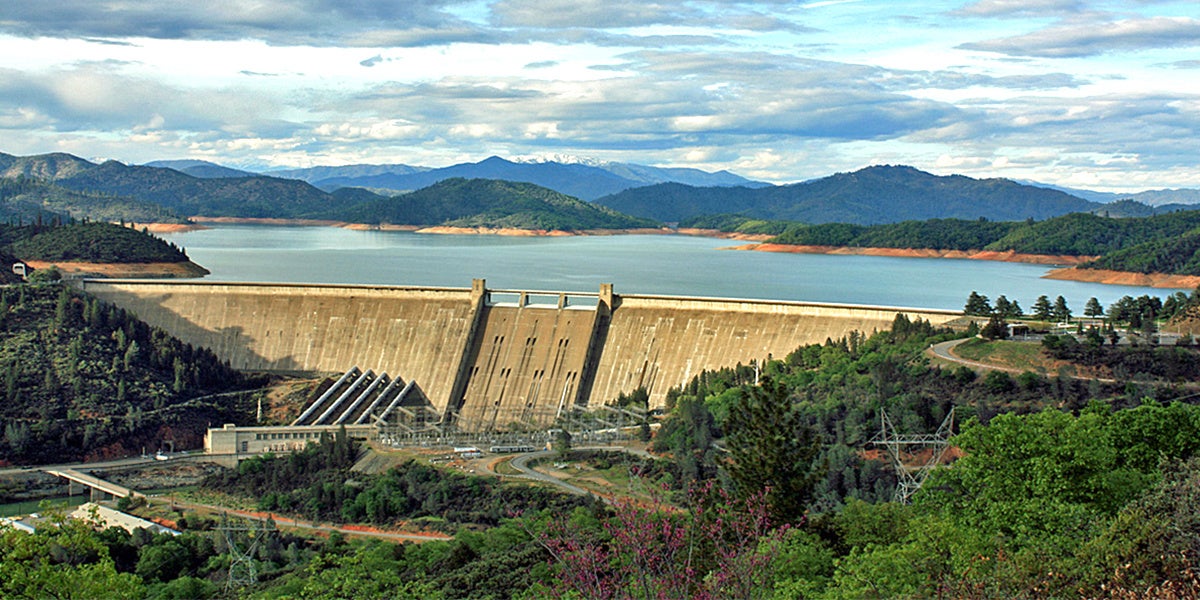 The Shasta Dam is one of California's two largest, with a storage capacity of 4.55 million acre feet. The fourth Climate Change Assessment considers climate change impacts to the state's water infrastructure. Apaliwal / CC BY 3.0

Climate change will create a devastating new normal in California of intense heatwaves and destructive fires if nothing is done to curb emissions, a new state report finds.

The report also finds 31 to 67 percent of beaches could erode by 2100, deaths from heat waves in cities could double or triple by 2050, and water supply from snowpack could decline by two-thirds by 2050.

As reported by the Los Angeles Times:

“This year has been kind of a harbinger of potential problems to come,” said Daniel Cayan, a climate researcher at the Scripps Institution of Oceanography and one of the scientists coordinating the report. “The number of extremes that we’ve seen is consistent with what model projections are pointing to, and they’re giving us an example of what we need to prepare for.”

State leaders vowed to act on the research, even as the Trump administration moves to unravel climate change regulations and allow more pollution from cars, trucks and coal-fired power plants.

“In California, facts and science still matter,” Gov. Jerry Brown said in a statement. “These findings are profoundly serious and will continue to guide us as we confront the apocalyptic threat of irreversible climate change.”