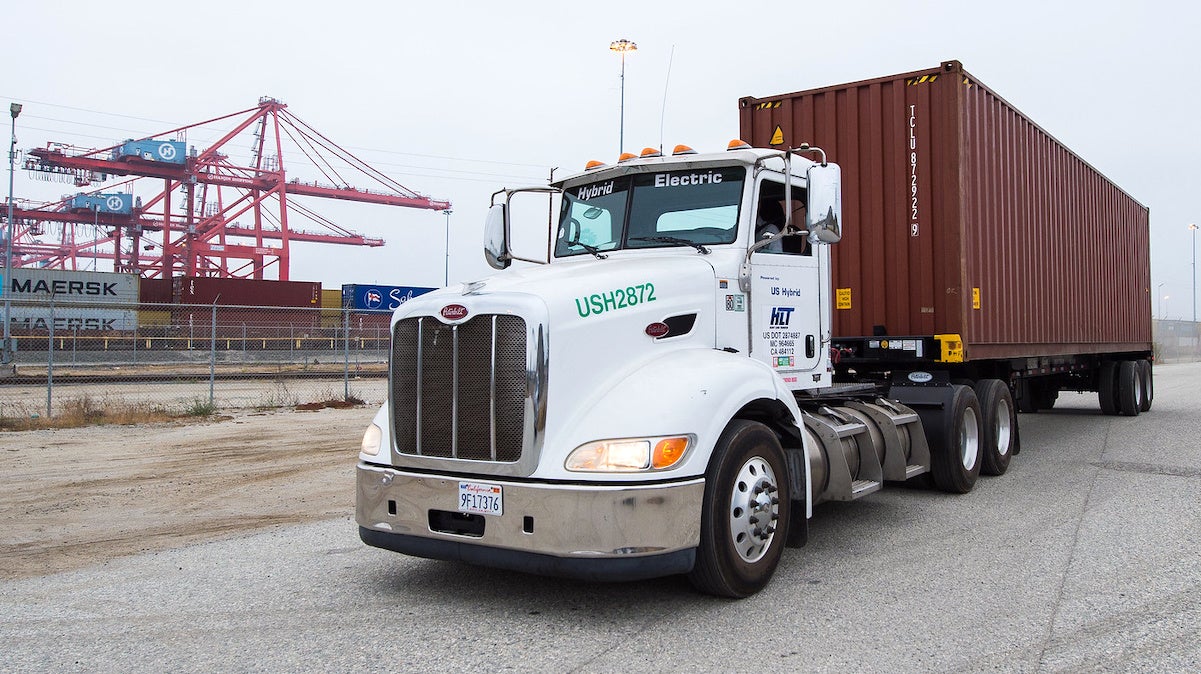 The state of California made history Thursday when it passed a clean truck rule that E&E News reported was the first of its kind in the world.

The Advanced Clean Trucks (ACT) Regulation, passed unanimously by the California Air Resources Board (CARB), will require more than half of trucks sold in the state be zero-emission by 2035 and 100 percent by 2045, The New York Times reported.

“California is once again leading the nation in the fight to make our air cleaner,” Governor Gavin Newsom said in a statement reported by Reuters.

California takes bold step to reduce diesel truck pollution. A first of its kind requirement for #zeroemission trucks in the state will help communities hardest hit by #airpollution

The rule aims to end diesel pollution from trucks by requiring manufacturers to sell an increasing percentage of zero-emissions trucks beginning in 2024. It applies to medium duty and large trucks, as light trucks are already covered by the state’s clean car requirements.

The rule will help California achieve its goal of reducing greenhouse gas emissions by 40 percent by 2035 and 80 percent by 2050, according to CARB. In addition to its climate benefits, the rule will help tackle toxic diesel pollution that disproportionately impacts low-income communities of color at a time of national protests over racial injustice and a pandemic possibly made more deadly by exposure to air pollution.

Heavy duty trucks are especially a hazard for the largely low-income or minority communities who live in the state’s “diesel death zones,” areas passed by thousands of trucks every day.

“We have some of the worst air quality in the nation, and that’s because of the ozone pollution that largely comes from diesel trucks,” Anthony Victoria-Midence, a resident of San Bernardino and a spokesman for the Center for Community Action and Environmental Justice told E&E News in a phone interview. “It’s leading to generations of families suffering from all kinds of illnesses, like asthma and cancer. That’s why these things need to be addressed now, and the best way to do that is by moving forward a strong Advanced Clean Trucks rule.”

BREAKING: @AirResources votes to pass historic #ElectricTrucksRule, the first of its kind in the nation!

The rule was opposed by oil companies, farmers and industry groups and truck makers, The New York Times reported. Vehicle and engine manufacturers argued in March that the rule should be delayed because of the economic impacts of the coronavirus pandemic.

“This is exactly the right time for this rule,” Nichols told The New York Times. “We certainly know that the economy is in a rough shape right now, and there aren’t a lot of new vehicle sales of any kind. But when they are able to buy vehicles again, we think it’s important that they be investing in the cleanest kinds of vehicles.”

The rule could face another powerful opponent: the Trump administration. Trump’s Environmental Protection Agency (EPA) has already revoked California’s waiver under the Clean Air Act to set its own emissions standards over its clean car rules, and environmental groups fear it may do the same for trucks.

“I’m sure the Trump administration, if they are still in the White House next year, would try to throw something in the way of this. But I think they would be very hard-pressed to justify it,” Earthjustice staff attorney Paul Cort told E&E News. “This really is a big rule, and I’m very excited to get this one in the books and move on.”