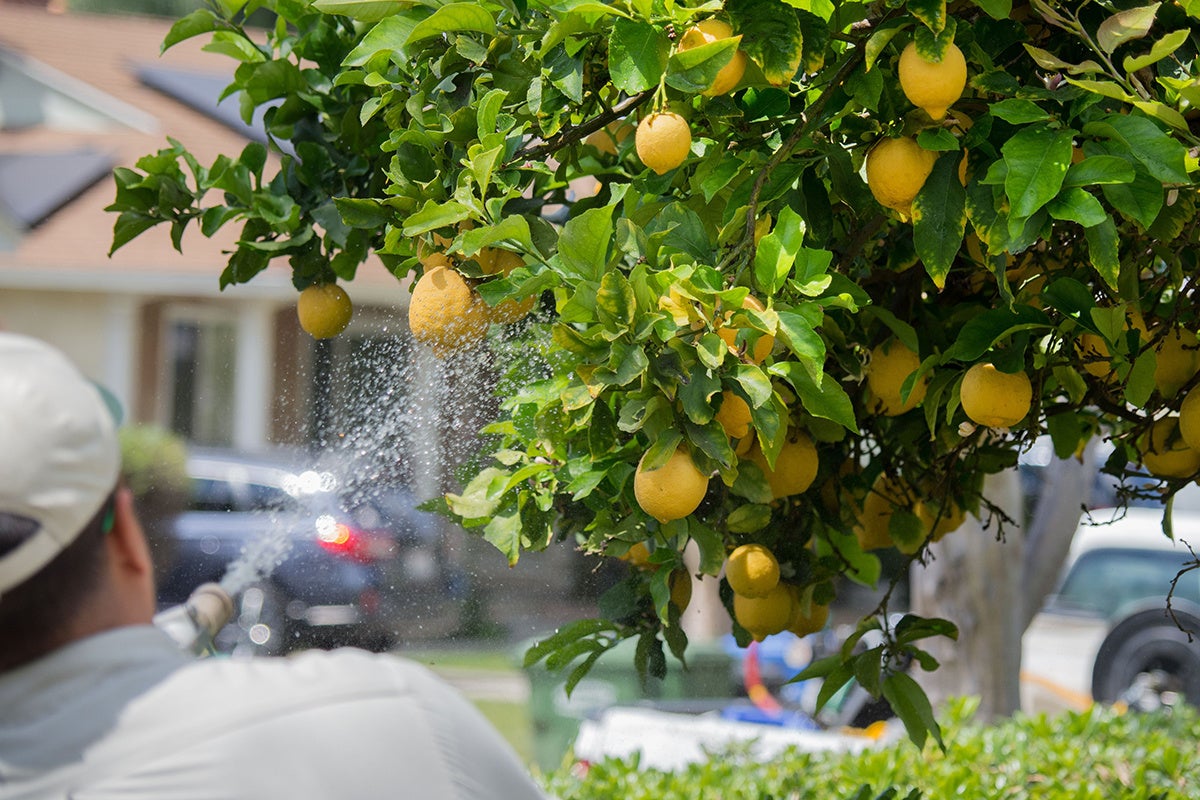 California will ban a brain-damaging pesticide that the Trump administration’s U.S. Environmental Protection Agency (EPA) has delayed banning at the national level, the state announced Wednesday.

Chlorpyrifos, which is used on almonds, citrus, grapes, cotton, walnuts and other crops, has been shown to harm children’s health and neurological development.

“Countless people have suffered as a result of this chemical,” California EPA (Cal-EPA) Secretary Jared Blumenfeld told The Guardian. “A lot of people live and work and go to school right next to fields that are being sprayed with chlorpyrifos … It’s an issue of environmental health and justice.”

The ban will take effect between six months and two years, and is accompanied by .7 million in funds from Democratic California Gov. Gavin Newsom to help transition to safer alternatives, The Washington Post reported. California follows Hawaii and New York in approving a ban on the pesticide, and bills to ban chlorpyrifos are being considered by New Jersey, Connecticut and Oregon.

The EPA had recommended banning the pesticide during the Obama administration, but Trump’s first pick for EPA Administrator, Scott Pruitt, walked back those efforts in 2017. Environmental groups then sued the agency. In the most recent development in the ensuing legal battle, a federal judge in April ordered the EPA to make a final decision on a ban by mid-July.

“Governor Newsom has done what the Trump administration has refused to do: protect children, farmworkers and millions of others from being exposed to this neurotoxic pesticide,” Environmental Working Group President Ken Cook said in a statement reported by The Washington Post. “With the governor’s action, California is once again showing leadership in protecting public health.”

“Gov. @GavinNewsom has done what the @realDonaldTrump administration has refused to do: protect children, farm workers and millions of others from being exposed to this neurotoxic pesticide”
–@EWGPrez https://t.co/NNxSW81hof

University of California, San Francisco medical professor and former Cal-EPA Deputy Secretary Dr. Gina Solomon told Time that chlorpyrifos was unique among pesticides in that scientists know a significant amount about how it harms humans.

“We know a lot about what it does to developing children and that science is the bedrock of the action that Cal-EPA is announcing,” she said. “Many pesticides have been studied well in lab rats but in this case we actually know what it does to people.”

Chlorpyrifos has been shown to harm brain development in fetuses and lead to reduced IQ and reading ability and increased hyperactivity, in children. Children exposed in utero even have smaller heads, Solomon said.

“The science is definitive,” Blumenfeld told The Guardian. “This job really should have been done by the US EPA.”

However, Solomon noted that since California grows the majority of fruits and vegetables in the U.S., its ban will have a positive impact on other states, too.

One reason activists say the Trump administration has stalled on banning chlorpyrifos is that the predecessor of the pesticide’s current manufacturer, DowDuPont, donated to Trump, The Guardian reported. The company has promised to challenge California’s ban.

“This proposal disregards a robust database of more than 4,000 studies and reports examining the product in terms of health, safety and the environment,” DowDuPont spokesman Gregg Schmidt said in an email reported by The Washington Post. “We are evaluating all options to challenge this proposal.”

Chlorpyrifos use has fallen in California from two million pounds in 2005 to 900,000 pounds in 2016, but the state is still the largest user of the pesticide in the U.S.