As California Burns, State Pushes Back on Trump’s Anti-Climate Policies in Court 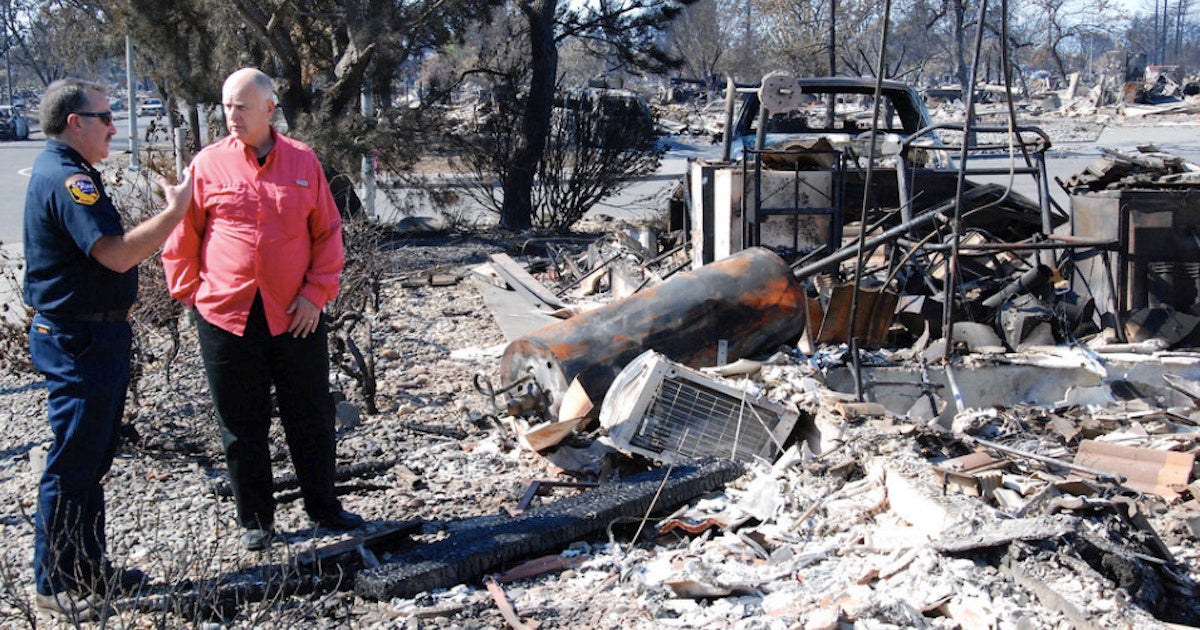 Amid record
wildfires devastating the north and an unusual October heatwave scorching the south, conditions in California right now are a perfect snapshot of our ever-warming world.

But for
President Trump and his administration, climate change is fact being inconveniently ignored. That’s why, Brown says, states are fighting back.

When asked during his interview what California can do about Trump’s intention to withdraw the U.S. from the Paris climate agreement, Gov. Brown offered three tactics.

“First of all, we can go to court and block his efforts, and we are doing that—just like the Republicans tried to block Obama’s efforts,” he said about the coalition of GOP-led states that sued to overturn the Obama-era
Clean Power Plan (CPP).

Climate Change News noted that New York’s Attorney General Eric Schneiderman is reportedly preparing a lawsuit to protect the CPP and California AG Xavier Becerra has already filed several lawsuits against the U.S. government this year over a slew of issues, including the environment, and vows to do “everything in my power to defend the Clean Power Plan.”

Secondly, Brown is placing hopes that voters will push out climate-adverse lawmakers in Washington at the 2018 election.

“Hopefully we’ll have one or two of the houses go from Republican to Democrat,” he said.

Finally, he pointed out that California is part of the
Under2 Coalition of states, nations and cities committed to slashing carbon emissions. The Under2 regions represent 1.2 billion people and 39 percent of the global economy.

“We are taking action in California. We are linking with other similar-minded people all over the world and we are pushing forward even as Trump blusters. He cannot command the tides to not come in,” Brown said.

The Golden State has recently emerged as one of the nation’s top environmental defenders. Brown has previously said that California will live up to the goals set by the Paris accord.

Also during the BBC interview, Brown was asked whether he thinks Trump really believes global warming is “a hoax.”

“No, I don’t believe that,” the governor replied. “But he, like politicians, work their constituency. And I think he sees this as a galvanizing rhetoric for his base.”

Click
here to listen to the governor’s full interview, which starts around the 2:21:05 mark.