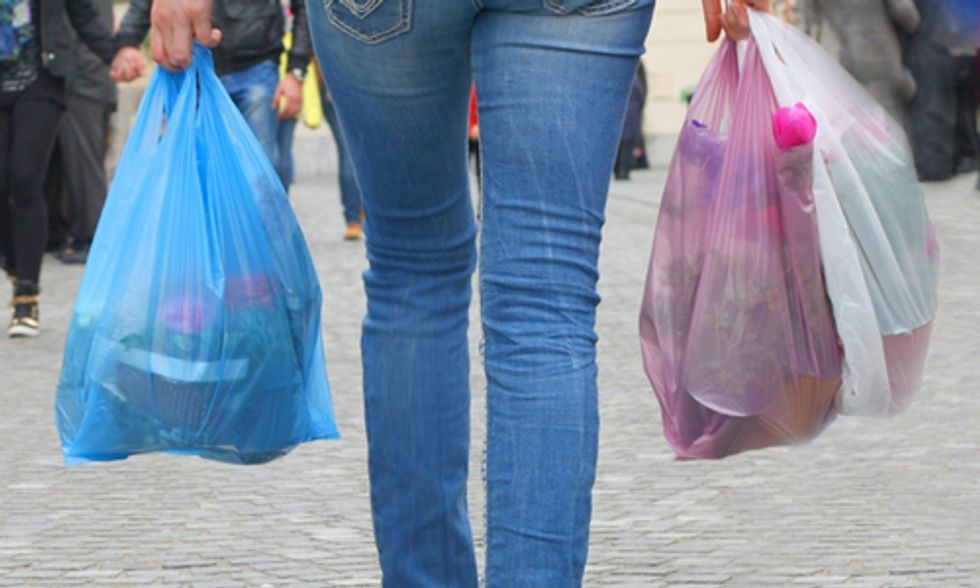 “This important step forward shows that we can achieve lasting victories for ocean and environmental health."
Photo credit: Shutterstock

The bill, which passed both houses of the California State Legislature now heads to the Governor's desk. If signed, California will become the first state in the U.S. to ban what advocates call "the most ubiquitous consumer item on the planet."

Senators Alex Padilla, Kevin de León and Ricardo Lara authored the measure that will implement a ban while promoting recycling and California manufacturing, and provides financial incentives to maintain and retrain California employees in affected industries.

“In crafting this compromise, it was imperative to me that we achieve the goals of doing away with single-use plastic bags, help change consumer behavior, and importantly, support and expand California jobs,” said Senate President pro Tempore-elect Kevin de León (D-Los Angeles). “SB 270 is a win-win for the environment and for California workers.”

More than 120 California local governments have already banned single-use plastic bags with more than 1 in 3 Californians already living somewhere with a plastic bag ban in place, in an effort to drive consumers towards sustainable behavior change.

The Clean Seas Coalition, a growing group of environmentalists, scientists, California lawmakers, students and community leaders has worked since 2008 to reduce sources of plastic pollution, and help pass this legislation.

Plastic bags create a direct threat to wildlife, like the Pacific leatherback sea turtles, that mistake the bags for food. A study of more than 370 leatherback sea turtle autopsies found that one in three had plastic in their stomach, most often a plastic bag. Plastic bags are also one of the most common items littered on California’s beaches according to Ocean Conservancy’s annual beach cleanup data, according to Ocean Conservancy.

“This important step forward shows that we can achieve lasting victories for ocean and environmental health,” said Nathan Weaver, oceans advocate with Environment California. “Nothing we use for a few minutes should pollute our ocean for hundreds of years. I congratulate Senators Padilla, de León, and Lara for their victory today, and I thank them for their leadership to protect our environment.”

“The experience of over 120 cities shows that this policy works,” concluded Weaver. “I urge Governor Brown to sign SB 270 into law.”