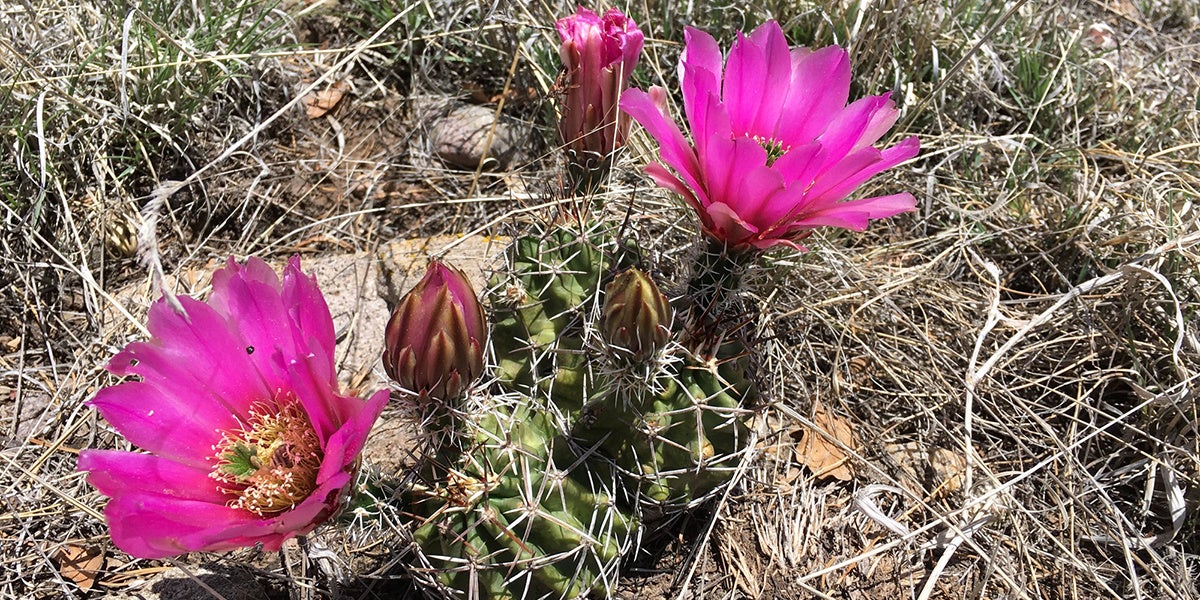 On Thursday the U.S. Fish and Wildlife Service changed the designation of a rare New Mexico cactus from “endangered” to the less-dire “threatened,” reflecting its progress toward recovery under the Endangered Species Act.

The Kuenzler hedgehog cactus lives in 11 locations in southeastern New Mexico. It was known from just two populations when first protected under the act in 1979. The downlisting by the Fish and Wildlife Service follows years of comprehensive surveys to find surviving populations. The U.S. Forest Service and Bureau of Land Management worked with the wildlife agency to minimize disturbances where the cacti grow.

“With continued care as recovery progresses, this unique cactus’s magenta flowers will continue to blossom,” said Michael Robinson, conservation advocate with the Center for Biological Diversity. “Even when not in bloom, this prickly plant powerfully attests to the lifesaving law that is the Endangered Species Act.”

The Kuenzler hedgehog cactus became endangered primarily due to habitat disturbance from development, road construction and large numbers of livestock. Protections from these threats will continue under the new “threatened” designation. A recovery plan will be developed that will also address the growing threat posed by global warming.

Listing a plant or animal as endangered or threatened under the Endangered Species Act leads to science-based measures tailored to prevent its extinction. To date, the act has been successful in saving more than 99 percent of species placed under its care, despite significant underfunding of the law’s vital measures and political attacks maligning the Act itself. The number of species proposed for downlisting and full delisting as a result of recovery is also increasing.

“My own badly misguided congressman, Steve Pearce, has helped lead the Republican attack on the Endangered Species Act,” said Robinson. “But the Kuenzler hedgehog cactus in his own district might have dwindled to a few plants or none at all if President Richard Nixon hadn’t had the wisdom to propose this law and sign it just in time to save the cactus and many other wondrous plants and animals.”

The Kuenzler hedgehog cactus grows on sandy gravel and rocky outcrops amidst grasslands and woodlands in southeastern New Mexico. It produces large magenta flowers in the spring that offset its chalky-white, contorted spines.