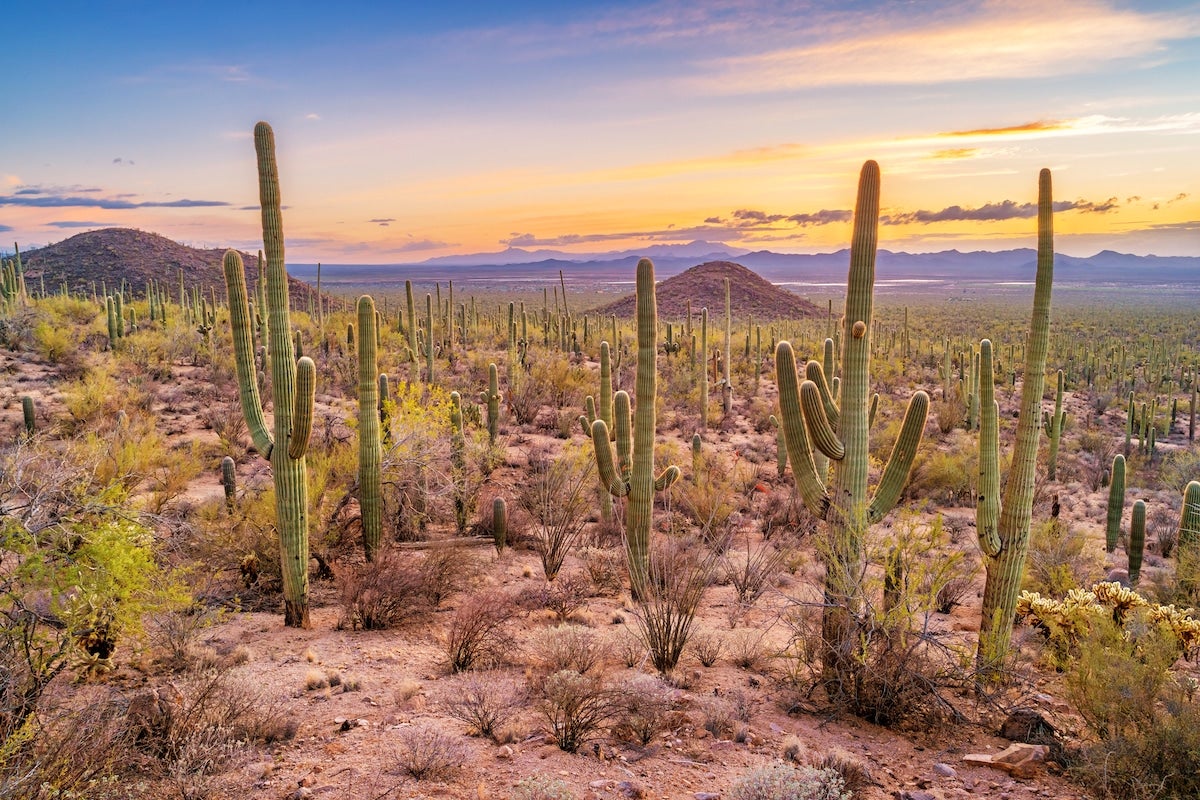 The iconic saguaro cactus of the American Southwest may evince an image of a lonely figure in the desert, cylindrical arms stretched out and upward toward the sky in a friendly and somewhat lonely wave. But there are many other species of cactus — more than 1,500 — and not all of them thrive in arid conditions; some live in the mountains, coastal areas and even in tropical rainforests.

A team of researchers at the University of Arizona hypothesized that, since cacti adapt well to dry and hot conditions, they might thrive in the increasingly warmer climates that some regions are experiencing due to the climate crisis.

Their new study, “Elevated extinction risk of cacti under climate change,” considered how three different global warming scenarios could affect the range of 408 species of cactus, reported The New York Times. The researchers found that global warming could mean a higher risk of extinction for 60 percent of cactus species by the middle of the century. The study was published in the journal Nature Plants.

According to University of Arizona doctoral student in ecology and evolutionary biology Michiel Pillet, who led the study, the study did not consider extreme climate events like wildfires and droughts.

Pillet said that most species of cactus are “in some way” used to the environments and climates in which they live. “Even a slight change may be too much for them to adapt over shorter time scales,” Pillet said, as The New York Times reported.

And, even though many species of cacti can survive for long periods without rain because of their ability to store water in their stems and leaves, they do need water to survive.

“Cacti cannot survive indefinitely without water. Test[s] conducted on cacti demonstrate that after four weeks without water underwatering signs such as 1) shrinking, 2) discoloration, 3) wilting/leaves curling, and 4) dead brittle roots will appear. Cacti can survive without water from a few weeks to a few years,” Your Indoor Herbs and Garden explained.

Florida, parts of Brazil and central Mexico were some of the regions predicted by the study to have the most species at risk, reported 12News. However, the iconic saguaro cactus of Arizona is expected to be less threatened.

Even modest global warming could decrease the amount of hospitable territory for many species of cactus, Pillet said, as The New York Times reported.

“Species either adapt or they will go extinct,” said biodiversity researcher at Brazil’s National Institute for Space Research Arnóbio de Mendonça, who was not part of the study, as reported by The New York Times. “As adaptation is a slow process and current climate change is occurring rapidly, it is likely that many species will be lost.”