CO2 Levels Are Now at a 3 Million-Year High 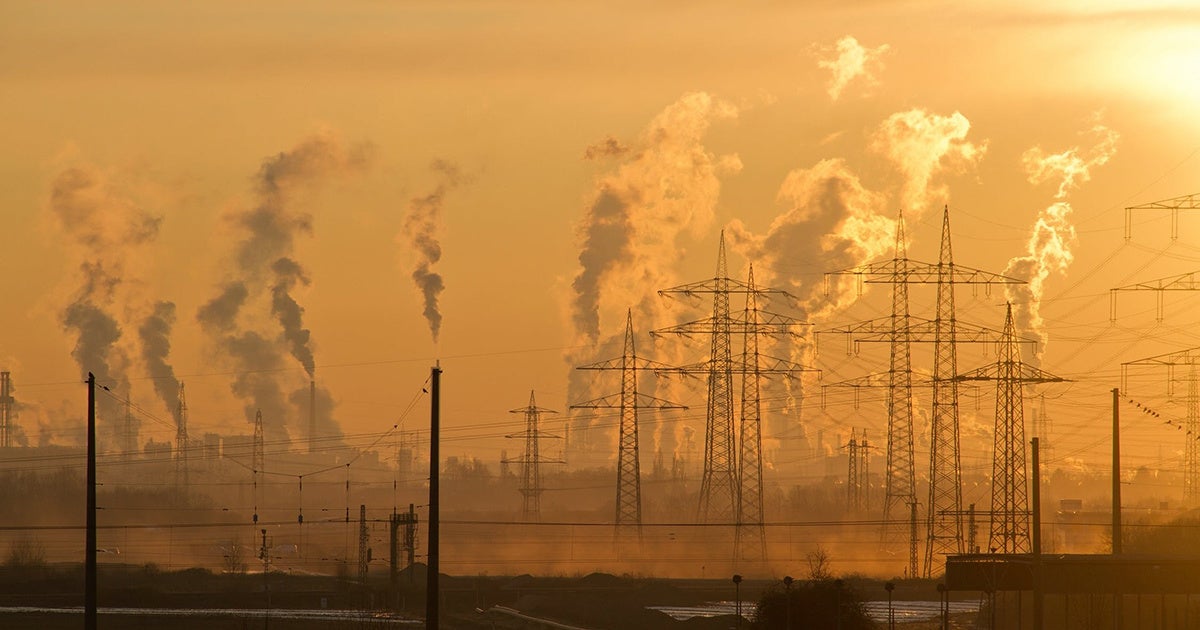 There is likely more carbon dioxide in the atmosphere now than at any other time in the last three million years.

That is the conclusion reinforced by a study published in Science Advances Wednesday. Researchers at the Potsdam Institute for Climate Impact Research and the Max Planck Institute for Meteorology in Hamburg, Germany succeeded for the first time in creating a computer simulation of the climate over the past three million years that matched data taken from sediment from the ocean floor.

The model showed that carbon-dioxide levels played a major role in shaping climate during that period — but in the reverse of their impact today. Lower levels of the greenhouse gas were a major factor in the onset of ice ages.

For the first time, the past 3 million years of climate have been simulated in good agreement with sediment data in a climate model! This includes the transition from 40,000 to 100,000 year ice age cycles. Global temperature never exceeded the 2 °C limit. https://t.co/kQprnVb0LB

“We know from the analysis of sediments on the bottom of our seas about past ocean temperatures and ice volumes, but so far the role of CO2 changes in shaping the glacial cycles has not been fully understood,” lead study author Matteo Willeit of the Potsdam Institute for Climate Impact Research said in a press release. “It is a breakthrough that we can now show in computer simulations that changes in CO2 levels were a main driver of the ice ages.”

But while this may be a scientific breakthrough, it has frightening implications. During the period modeled in the simulation, global temperatures never rose above pre-industrial levels by more than two degrees Celsius. However, if humans continue to burn fossil fuels at current rates, they will shoot past that marker within 50 years, with major consequences.

“Our results imply a strong sensitivity of the Earth system to relatively small variations in atmospheric CO2,” Willeit said. “As fascinating as this is, it is also worrying.”

Willeit told CNN that the models showed that carbon dioxide levels would not be more than 280 parts per million (ppm) today if human activity had not intervened in natural climate cycles. Instead, they are at around 410 ppm. If this trend is not slowed, Willeit told CNN, “our planet will change.” The next 200 years could see one to two meters (approximately 3.3 to 6.6 feet) of sea level rise.

On the same day that the Science Advances study was released, scientists met at the Royal Meteorological Society in London to discuss what the earth was like the last time carbon dioxide levels were so high.

That was 5.3 to 2.6 million years ago during the Pliocene epoch, when beech trees grew in Antarctica, temperatures were three to four degrees Celsius warmer and sea levels were 20 meters (approximately 65.6 feet) higher.

Science briefing @SMC_London
looking at the last time Earth had >400ppm in the atmosphere. Looking forward to our national meeting with @Grantham_IC
this afternoon. #rmetsmeet pic.twitter.com/QDRLatcdw7

Scientists said that studying this past era could help humans understand what the planet would look like if climate change continues apace, The Guardian reported. However, they noted it would take some time for current C02 levels to cause these changes. It could take millennia for the Greenland and West Antarctic ice sheets to completely melt, for example.

“If you put your oven on at home and set it to 200C the temperature does not get to that immediately, it takes a bit of time, and it is the same with climate,” Imperial College London geophysicist Martin Siegert said, according to The Guardian.

British Antarctic Survey Director Jane Francis said the fossils of the Antarctic beech trees had been an important find.

“I call them the last forests of Antarctica. They were growing at 400ppm CO2, so this may be where we are going back to, with ice sheets melting at times, which may allow plants to colonise again,” Francis said, according to The Guardian. Francis said that the polar regions were important to understanding climate change, since they are uniquely sensitive to it.

However, Siegert said the changes represented by the Pliocene were not inevitable.

“Can we restrict temperature rise to 1.5 degrees this century? Can we do that? It’s possible,” he said, according to BBC News. “We’ve got to bring CO2 levels down to 40% of what they are today by 2030, or so. And then to zero by 2050, and then negative after that. That’s a massive undertaking but it’s possible.”