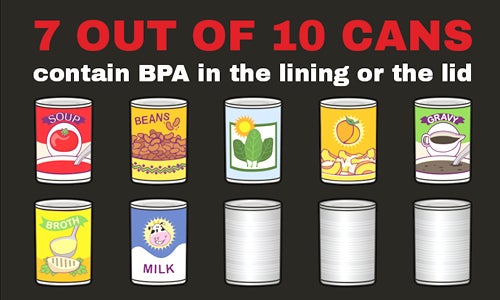 Take a moment to think about what canned foods you use. True to my Italian-American roots, I consume a lot canned tomatoes, particularly in marinara, but I also like to make soups using canned stock as a base. After working with a coalition of six health non-profits to release a new report, I’m rethinking some of my favorite meals.

Modern canned foods have a chemical-based lining that is effective in reducing canned food being tainted with botulism. That’s good. But what those canned food makers use to make those linings is often not disclosed, and it may be toxic to our health. One chemical has been especially problematic in food products. It’s called Bisphenol A (BPA). 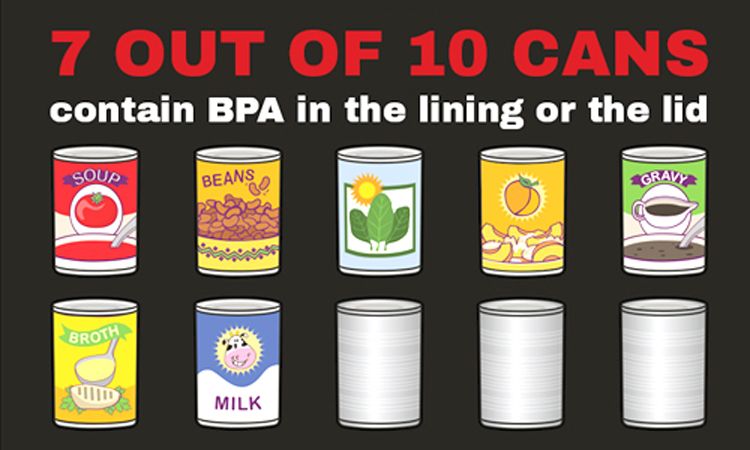 You may have heard of BPA. Around four or five years ago the Food and Drug Administration (FDA) banned the chemical from being used in baby bottles and sippy cups. The BPA can migrate from can food linings into the food itself, where people then consume it and get exposed. The FDA cited strong evidence that BPA can effect hormone activity in people, and exposure has been linked to developmental problems in children, diabetes, breast and prostate cancer, erectile dysfunction and much more. As a result, the Safer Chemicals, Healthy Families coalition has put BPA on its list of Hazardous 100+ chemicals. So let’s just say it’s something you should avoid.

And here’s the rub. The new report tested almost 200 food cans from around the U.S., various types of food, retailers, and manufacturers that are household names like Campbell’s and Del Monte. We found BPA is common. It’s everywhere. Two-thirds of cans we tested had it. And it’s often not disclosed.

Unfortunately, there’s some more troubling findings from the tests. Many of the other cans that didn’t have BPA contained other chemicals that are also problematic. Many of those other cans had acrylic resins that contain styrene, a chemical linked to cancer, or polyvinyl chloride (PVC), a plastic made with hazardous chemicals like the known human carcinogen vinyl chloride. The phrase the health groups use to describe this is “regrettable substitution,” meaning manufacturers swap out a toxic chemical, but then use another problem chemical in its place.

The first thing to do is inform yourself. You can check out the report and results. When in doubt, avoid canned food if you can substitute with fresh food, or food packaged in jars and safer materials. There’s also safer cans! Amy’s Kitchen, Annie’s Homegrown, Hain Celestial Group and ConAgra have fully transitioned away from BPA.

You can tell retailers you want safer canned food options. Retailers have significant leverage and pressure their suppliers to clean up their act. So advocates are asking the largest grocery chain in the U.S., Kroger, to phase out BPA in cans they sell under their brand. Click here to tell Kroger to eliminate and safely substitute BPA.