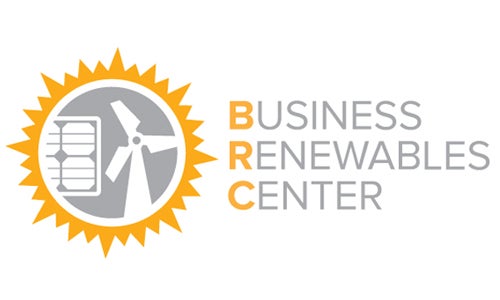 Nearly two-thirds of Fortune 100 and nearly half of Fortune 500 companies have commitments to shift to renewables. Now these companies are seeking the best way to source renewable energy and have the potential to significantly grow the renewable energy market. Corporations can be a powerful lever for expanding renewable energy in the U.S. and beyond. They can lock in long-term affordable prices for clean energy that supports the bottom line, reduce their carbon footprint and fulfill their corporate sustainability commitments.

The collaborative effort of the BRC will make it easier for corporations to enter the renewables market.

Major corporations such as Google, Apple, Microsoft and Walmart have made major strides in purchasing renewable energy. This group of trailblazers has purchased more than 1 GW of renewable power in the past year. However, we also know that for every deal that succeeds, there have also been a number of deals left on the cutting room floor that have not made it through due to the high transaction cost and complexity of large-scale renewables transactions. That’s why today Rocky Mountain Institute publicly announced the launch of the Business Renewables Center (BRC).

Born of early industry engagements, validated by a Bloomberg New Energy Finance FiRE award, further informed by an NGO corporate renewable energy partnership, and ultimately guided by its membership that includes corporate renewable energy buyers, renewable energy project developers and transaction service providers, the BRC will remove the main obstacles preventing corporations from building renewables into their energy profiles. We believe we can add another 60 GW of wind and solar capacity to the grid by 2035, even possibly 2025, which will nearly double installed U.S. capacity.

“The collaborative effort of the BRC will make it easier for corporations to enter the renewables market. Instead of having hundreds of corporations reinvent the wheel, each member can get immediate access to the cumulative knowledge and wisdom of the industry. Each problem only needs to get solved once,” says Rob Threlkeld, manager of renewable energy at GM.

“The BRC brings us closer to corporate buyers and helps us better understand their needs. It allows us to focus our time on where we, as developers add the most value—building new projects that supply renewable energy,” says John DiDonato, vice president of wind development at NextEra Energy Resources.

“The next decade will be a watershed for U.S. renewables. The establishment of the BRC is a testament to explosive industry growth and to the increasing appetite of corporations for easily adoptable, clean power solutions. Through collaborative efforts, the BRC is an exciting resource for everyone in the industry and for our clients,” says Quayle Hodek, CEO of Renewable Choice Energy.