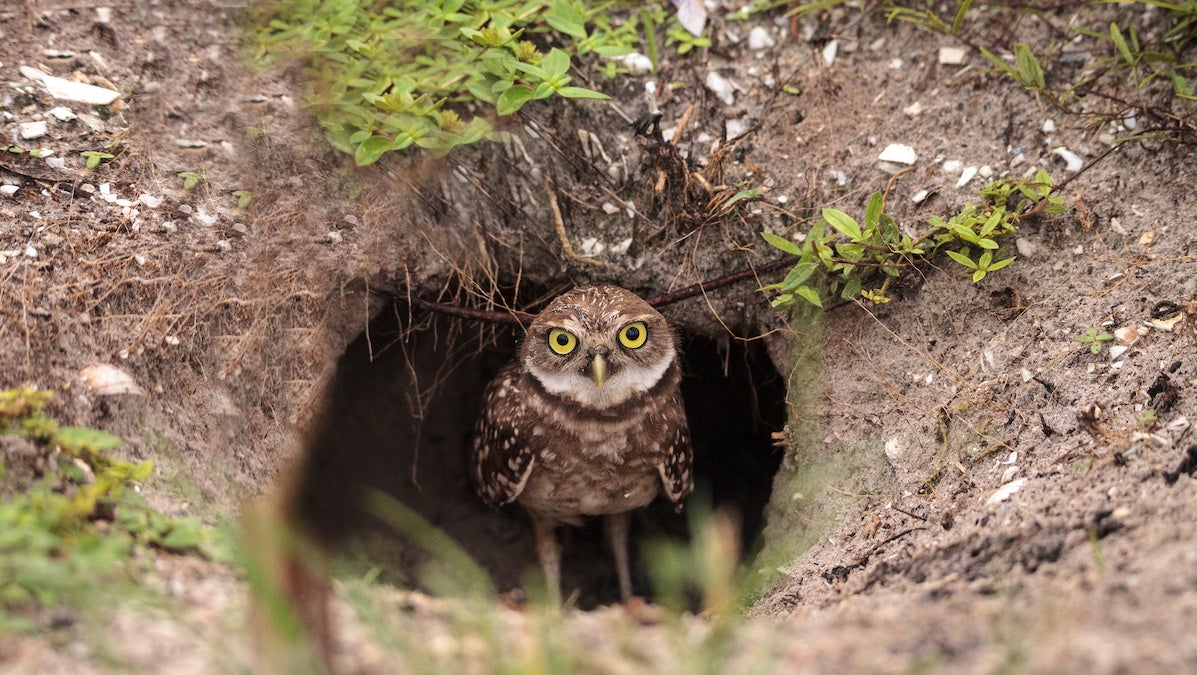 Burrowing owls, which make their homes in small holes in the ground, are having a rough time in Florida. That’s why Marco Island on the Gulf Coast passed a resolution to pay residents $250 to start an owl burrow in their front yard, as the Marco Eagle reported.

The city council’s resolution earmarks ,000 a year to create a home for the struggling birds. That doesn’t mean that residents can just take a shovel and dig out a piece of their yard. The starter burrow has to be created by wildlife crews from the Audubon of the Western Everglades, according to the City Council.

The Audubon of the Western Everglades has to build the burrow since they understand best what appeals to the finicky birds. The burrows cannot be too close to a tree nor to a house, nor can they nick a pipe accidentally, as CNN reported.

Alli Smith, a biologist with Audubon of the Western Everglades, a conservation group said that there are about 500 burrowing owls that live on Marco Island, but they are increasingly rare in the rest of the state, as CNN reported. The Florida Fish and Wildlife Conservation Commission designated the burrowing owl as “state-threatened” in 2017.

“Marco Island is the first in the state to enact a program designed to expand the habitat of a threatened species (while) rewarding citizens who wish to participate voluntarily,” said Jared Grifoni, Marco Island’s City Council vice-chair, in an email to the Marco Eagle. “We will be an example of positive and cooperative action to the entire state.”

Griffoni added that he expects the program to start next week. “The goal was to have everything in place by the start of nesting season,” Grifoni wrote to the Marco Eagle. Nesting season for the burrowing owl starts in February and ends in July.

Alli Smith told CNN that the small owls usually live in the grasslands of central Florida that have disappeared thanks to development and commercial farming. Consequently, the owls have moved to more urban spaces, like the empty lots in Marco Island.

Last week, activists and residents demonstrated against a new development called Sands Park on Pine Island, off the coast of Cape Coral, which they claim will threaten the burrowing the owls there.

“We’re here to save this park from being developed in a way that will affect wildlife. We have four active nests and some other ones we want to save, and they put a jogging path there that will collapse those burrows,” said activist Carl Veaux, as the Pine Island Eagle reported. “We’ve talked to the city council on this and will talk with them again.”

“This is a time when starter burrows should be in full force in parks and government entities, in our front yards and in our schools,” said Pascha Donaldson, vice president of Cape Coral Friends of Wildlife, as the Pine Island Eagle reported. “We shouldn’t be collapsing burrows. Our builders do enough of that.”

“We need to learn to live in harmony with our wildlife friends, not to destroy them,” Donaldson said.

In Marco Island, nearly 95 percent of the burrowing owls live in vacant lots. Owners who want to build on the empty lots are able to remove the burrows after obtaining a permit, ruining some of the few burrows that are left in Florida, as CNN reported.

“We’re just trying to give them some extra places to live,” said Smith to CNN.