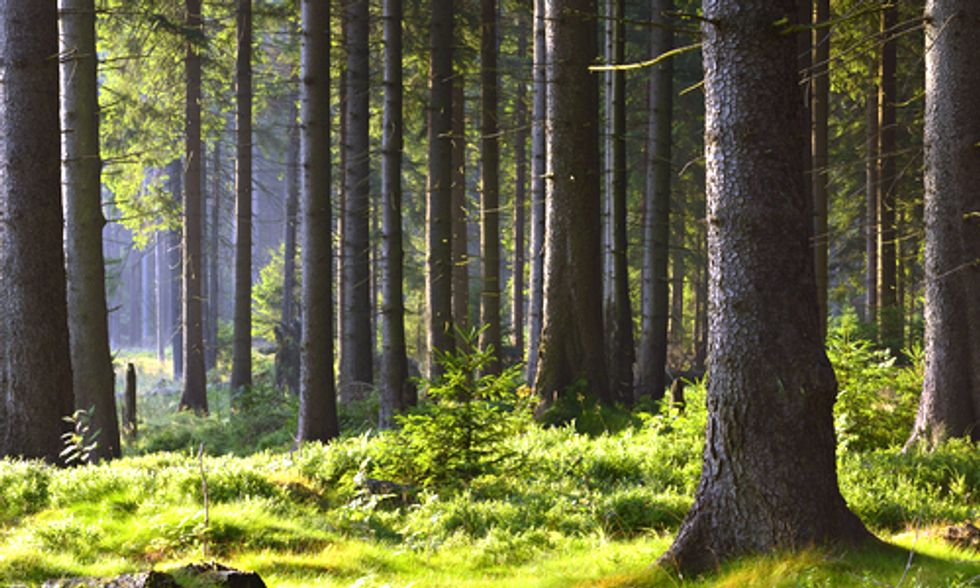 Western Europe has already lost about 97 percent of its original forests. But European power companies, under pressure to clean up their climate pollution and switch to renewable sources of energy, are increasingly looking to burn wood fuel instead of coal in their power plants. Without enough wood at home, European utilities are looking to America for wood fuel—to the rich forests of the Southeastern U.S. Their exploding appetite for wood from our southern forests stems from misguided EU energy policies that allow power plants to burn wood—known as forest biomass—as a low-carbon alternative to coal.

These policies assume that all biomass is carbon neutral, so when power plants burn wood instead of coal, they don’t have to count any of their carbon emissions. Trouble is, the latest science shows this assumption is false. Burning trees and other large-diameter wood for electricity is actually dirtier than coal. Yet the U.S. EPA is apparently on the verge of making the same math mistake the EU did—opening an accounting loophole that puts our forests, as well as the Obama Administration’s own efforts to cut carbon pollution, at risk.

A group of 78 leading scientists wrote a letter last week to U.S. Environmental Protection Agency (EPA) Administrator Gina McCarthy, challenging the EPA’s carbon math and warning the agency not to repeat the EU’s mistake. In a November 2014 memo, the EPA appeared to agree with industry claims that because trees grow back, burning biomass will help utilities reduce their carbon emissions. Some forms of biomass, such as sawdust and chips from sawmills, and small branches and limbs from forestry operations, could work as low-carbon alternatives. But in its memo, the agency suggested that it would allow even the burning of whole trees for electricity—provided they were “sustainably derived.”

Sustainable forestry is great, and NRDC has long advocated for it—but even the most sustainably managed forest can’t turn trees into a clean source of energy. No matter what efforts the forestry industry makes to reduce the soil erosion, habitat loss, and the other harmful impacts that result from poor forest management, burning trees to produce electricity still increases carbon pollution. In a nutshell, here’s why:

The EPA needs to get the math right on forests, to avoid undermining its own efforts to reduce carbon pollution from power plants and putting forests around the world at risk. If American utilities start burning trees and other large diameter wood on a wide scale like their European counterparts, we could accelerate climate change, instead of dialing it down. The real answer is to scale up the use of modern, truly clean resources like energy efficiency, solar, wind, and geothermal, not to burn our forests as fuel.

It’s time for the EPA to heed the scientific community’s warning and use a carbon accounting system that accurately measures the impacts of burning trees and other biomass fuels. Trees are not a low carbon fuel, and failing to account for this fact puts our forests, our climate, and our communities at risk.