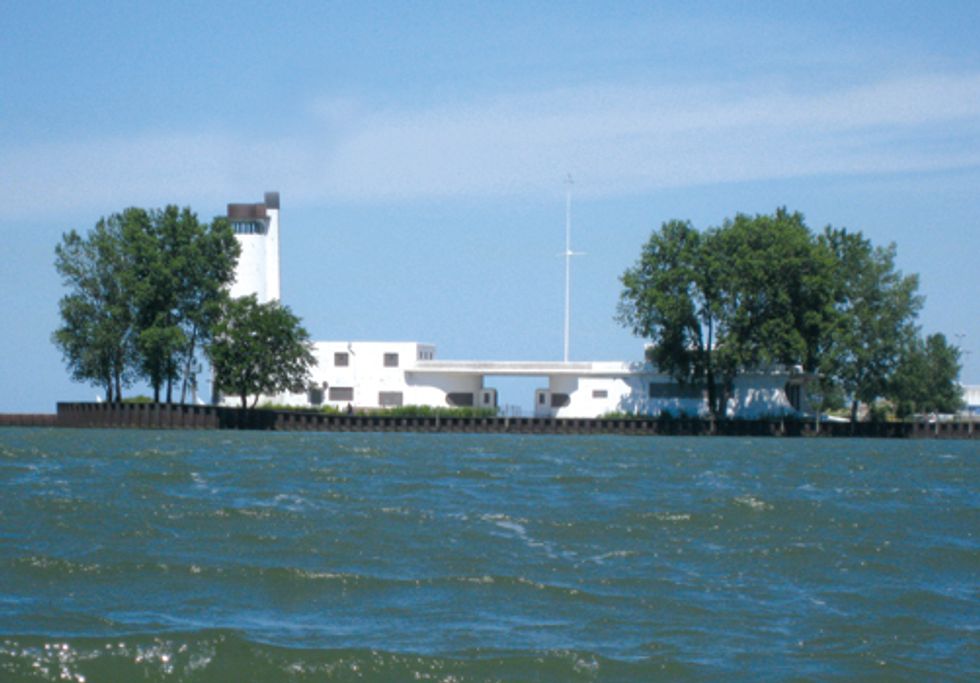 Good cheer, good cause and good beer are all on the docket at the 2012 Burning River Fest at the historic Coast Guard Station on Cleveland’s Whiskey Island on Saturday, July 21 and Sunday, July 22. This year’s fest, presented by Cleveland’s Great Lakes Brewing Company (GLBC) and with an expected attendance of around 8,000 people, will feature 28 musical acts on multiple stages, a new feature called the Corporate Boat Float and guest appearances by some of the most dynamic and inspiring personalities in the environmental community.

On Saturday, former U.S. Senator George Voinovich will be in attendance to collect The Burning River Foundation’s inaugural Outstanding Environmental Leadership Award. Throughout his career, Voinovich advocated for the Great Lakes and introduced bipartisan federal legislation to fund their protection. He also famously introduced the legislation into U.S. Congress that became the Great Lakes Compact, prescribing the sustainable use and conservation of Great Lakes’ freshwater resources. Voinovich’s tireless work through the Senate’s Appropriations Committee and Environment and Public Works Committee defined him as an environmental leader.

Also in attendance will be Marcus Eriksen, who has documented, researched and informed the public about the plastic trash forced by currents to collect in the oceans’ five gyres. His own Five Gyres Institute, in collaboration  with Dr. Sherri “Sam” Mason of SUNY Fredonia, earned a 2011 Burning River Foundation Fresh Ideas for Freshwater Grant (FIF Grant) to survey, for the first time, the plastic waste collecting in our Great Lakes. Eriksen will be on hand to oversee and advise participating corporations in the onsite construction of their boats made from recycled materials in the fest’s inaugural Corporate Boat Float, presented in concert with Cathi Lehn and Nancy Hughes, the developers of the annual Great Lake Erie Boat Float.

Along with advancing freshwater initiatives, The Burning River Foundation is invested in the preservation and redevelopment of Whiskey Island’s Historic Coast Guard Station. Originally built in 1940, the station fell into disuse and disrepair in the 1970s. Now a city property, the Coast Guard Station serves as a striking backdrop to Burning River Fest’s main stage. Its location provides spectacular views of downtown Cleveland, making it a property that The Burning River Foundation and other local organizations strive to spotlight and develop. Supported by the city to lead re-development, Ohio City, Incorporated will display the latest architectural renderings and development plans for the space.

The diverse lineup of 28 musical acts, including the best of local and regional talent ranging from neo-folk to rock to soul and blues, include: Bethesda, Shivering Timbers, Zach and the Bright Lights, Honeybucket, Ray Fuller and the Bluesrockers, Fifty Amp Fuse, and Revolution Brass Band, plus a rumored performance of the infamous “Burning River Chant” by Kristine Jackson. Bands will occupy three stages throughout the weekend, creating the soundtrack to one of the fest’s biggest draws—beer.

GLBC will serve their handcrafted lagers and ales including cult-favorite Christmas Ale. In fact, The Burning River Fest is the only place to get freshly brewed Christmas Ale out of season, making it a hugely anticipated highlight. GLBC’s newest seasonal, The Wright Pils, will also be poured, as well as their Burning River Pale Ale, named after the very event that inspired a new level of eco-consciousness in America and the name of The Burning River Foundation and Fest. The beers will be served out of GLBC-branded compostable corn cups and students from Baldwin Wallace College will be on hand to help the fest’s patrons separate their recyclable and compostable waste, in pursuit of a 90 percent-plus waste diversion goal.

The Burning River Fest prides itself on providing attendees with fresh, all-natural and locally produced food and beverages. All food vendors are required to use sustainable ingredients and materials. Confirmed vendors include Mitchell’s Ice Cream, Ohio City Pasta and Whole Foods.

Burning River Fest’s Eco-Partners will occupy booths on Whiskey Island, highlighting their achievements in sustainability in fun, interactive and educational ways. Leading the way will be the foundation’s 2011 FIF Grant recipients who with funds raised at last year’s fest have been developing curriculum for Cleveland schools, leading research projects and demonstrating water conserving and purifying green infrastructure.

New to this year’s fest is the VIP lounge. Guests can purchase a pre-sale VIP pass for $100 until July 15 or for $125 during regular ticket sales from July 16 to July 20. Guests also have the option of purchasing a Burning River Fest Fundraiser Package, which includes 20 one-day passes plus one VIP ticket for the fundraiser’s use, for $160 presale or $200 during regular ticket sales. The VIP pass includes expedited entry to Burning River Fest, plus access to the fest’s new VIP lounge featuring complimentary GLBC bottled beer and appetizers, private restrooms and the opportunity to meet Burning River Fest’s esteemed guests.

The Burning River Fest is above all a fundraiser, with a clear emphasis on the “fun.” Join fellow Northeast Ohioans at the Burning River Fest and help grow the preeminent environmental festival dedicated to the protection of the Great Lakes—it’s a good time for a good cause.

For more information and to purchase tickets please click here.