A UK Charity Is Bringing Ghost Ponds Back to Life 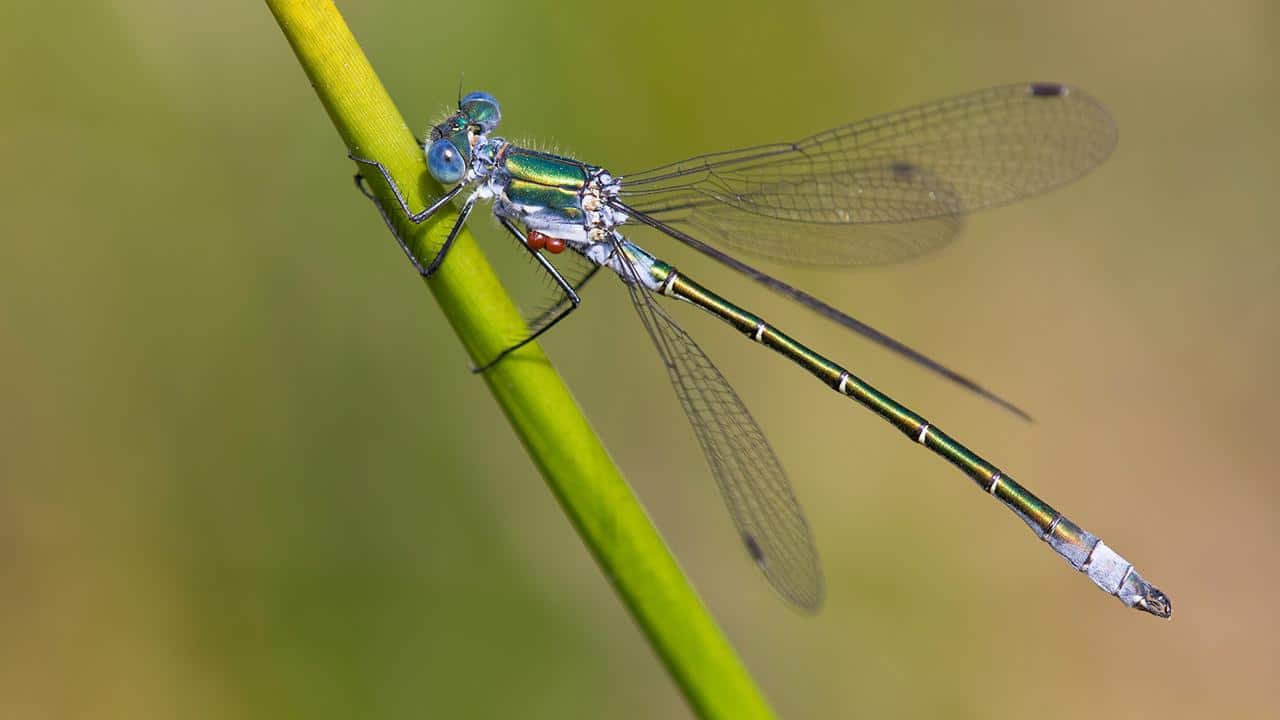 The scarce emerald damselfly is one species that could find a home in the UK’s resurrected ghost ponds. Christian Fischer / CC BY-SA 3.0

A conservation charity in the UK is bringing ghost ponds back to life.

The Norfolk Wildlife Trust is excavating the ice-age era ponds on two rural sites, with a view towards restoring the original seed banks buried with the ponds when they were filled in for agriculture.

“This is restoration from within,” Jonathan Preston of Norfolk Wildlife Trust told The Guardian Thursday. “You can dig a pond anywhere but the unique thing with these is getting down to that original sediment which will unlock an ancient seed bank.”

The ponds being restored are a unique type of pond called a pingo, which comes from the Inuit word for hill. These ponds are relics of the last ice age, the Norfolk Wildlife Trust explained. When the glaciers retreated, they left behind slabs of ice that were then covered with soil. As the slabs melted, they turned into water-filled hollows, or pingo ponds.

Like many other ponds, the pingos were often filled in during the 20th century due to industrial agriculture. However, they are important habitats for wildlife.

“A challenge today in our modern landscape is to ensure the survival and good quality of remaining ponds, and to restore lost ponds, also termed ‘Ghost Ponds’ in Norfolk,” the trust said.

In 2014, the trust started the Norfolk Ponds Project to restore the area’s ponds. So far, they have restored 250 lost ponds, The Guardian reported. Part of this effort means restoring 26 pingos on Watering Farm near Thompson Common as well as up to 40 on the 130-acre Mere Farm nearby.

Work began excavating the first Thompson Common pingo on September 27, according to The Brecks Fen Edge & Rivers Landscape Partnership Scheme. The excavation went well and led to the discovery of artifacts including animal bones and burnt flint. The work is being assisted by University College London professor Carl Sayer, local geologist Tim Holt-Wilson, archaeologist David Robinson and other volunteers. The experts said they had more work to do to determine what plants and seeds were left from when the pond was filled with water.

“We know from our research that often quite rare plants can be preserved,” Sayer told The Guardian. “Can we bring back things that are lost even from Thompson Common? We’re disturbing sediment from a time when there were no sprays, no fertilisers and much wilder places, so plants can come back and say hello.”

The conservationists also hope the resurrected ponds can provide homes for rare animal species like the scarce emerald damselfly and the northern pool frog.

The scarce emerald damselfly was believed to be extinct in the UK, but was rediscovered in Norfolk in the 1980s, according to the trust. It prefers to live on the edges of ponds surrounded by plants.

The northern pool frog was declared extinct in the UK in the 1990s, but was reintroduced to Thompson Common in 2005, according to The Guardian. It relies on warm, vegetated ponds.