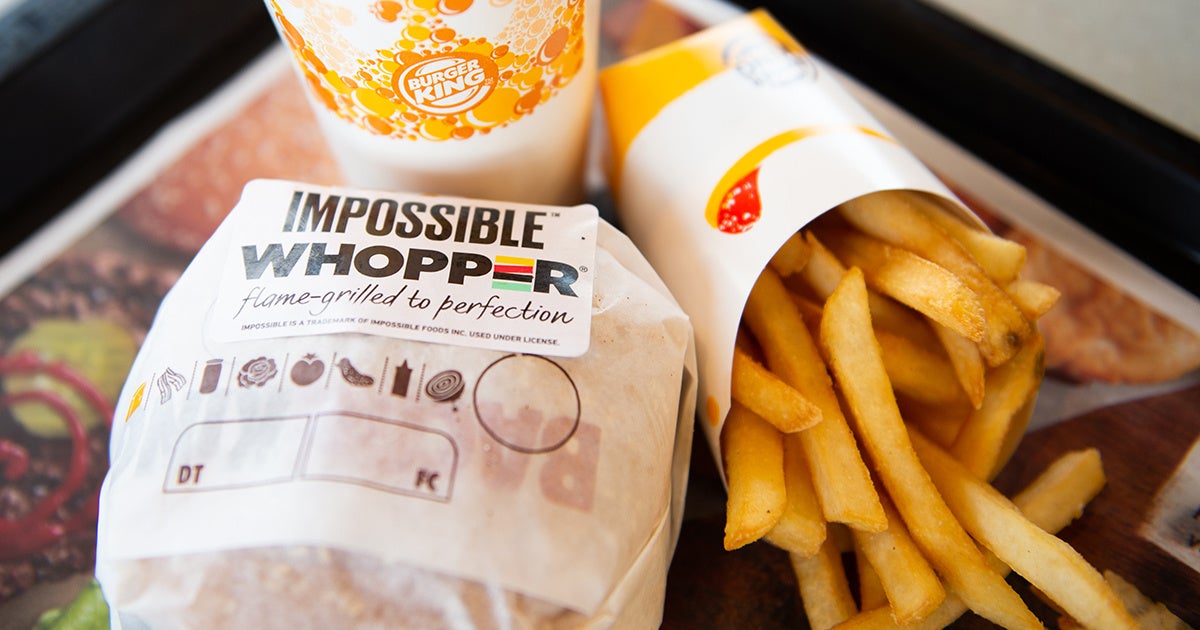 Burger King is helping to bring meatless meat into the mainstream.

On Monday, the fast-food chain announced that it would begin testing the Impossible Whopper in 59 locations in St. Louis. The move is a partnership with Impossible Foods, a California-based company that uses a genetically-modified yeast to make its plant-based burgers taste and bleed like meat.

“We wanted to make sure we had something that lived up to the expectations of the Whopper,” Burger King’s North America President Christopher Finazzo told Reuters. “We’ve done sort of a blind taste test with our franchisees, with people in the office, with my partners on the executive team, and virtually nobody can tell the difference.”

In an April Fools’ themed video, the fast-food chain shows customers eating the burgers and being surprised to discover that they are not made of meat.

Former Stanford University Prof. Pat Brown started Impossible Foods in 2011. A vegan, Brown told The New York Times that he wanted to decrease the demand for meat for ethical and environmental reasons, but he thought that in order to do so, he had to create a product that meat-lovers would still enjoy.

“Our whole focus is on making products that deliver everything that meat lovers care about,” he told The New York Times.

His company’s secret ingredient is a protein called heme that it believes is responsible for that unique meat flavor. Impossible grows it from soybean roots and mass-produces it with yeast, then mixes it with vegetable products.

Impossible meats are now sold at 6,000 U.S. restaurants, including White Castle and Fatburger. But if the Burger King test is successful, Brown told Reuters that number would more than double.

The Impossible Whopper now costs more than a beef one, but Lee suggested that could change.

“The only thing we need to be affordable and at scale versus the incumbent commodity business is time and size,” he said.

While it is pricier, the Impossible Whopper is healthier than the meat original: it has slightly fewer calories, less cholesterol and no trans fats. It is also better for the environment. When compared on a per kilogram basis with meat burgers, Impossible Burgers require 87 percent less water and 96 percent less land while emitting 89 percent fewer greenhouse gasses and 92 percent less aquatic pollutants, according to a company-funded analysis.

However, the company has been criticized by some environmental groups for not conducting enough testing before marketing its products and by People for the Ethical Treatment of Animals for testing on rats, according to The New York Times.

Impossible isn’t the only company hoping to popularize meatless meat. Beyond Meat announced in January that its meatless burgers would be available at Carl’s Jr.

“I have high expectations that it’s going to be big business, not just a niche product,” he said.