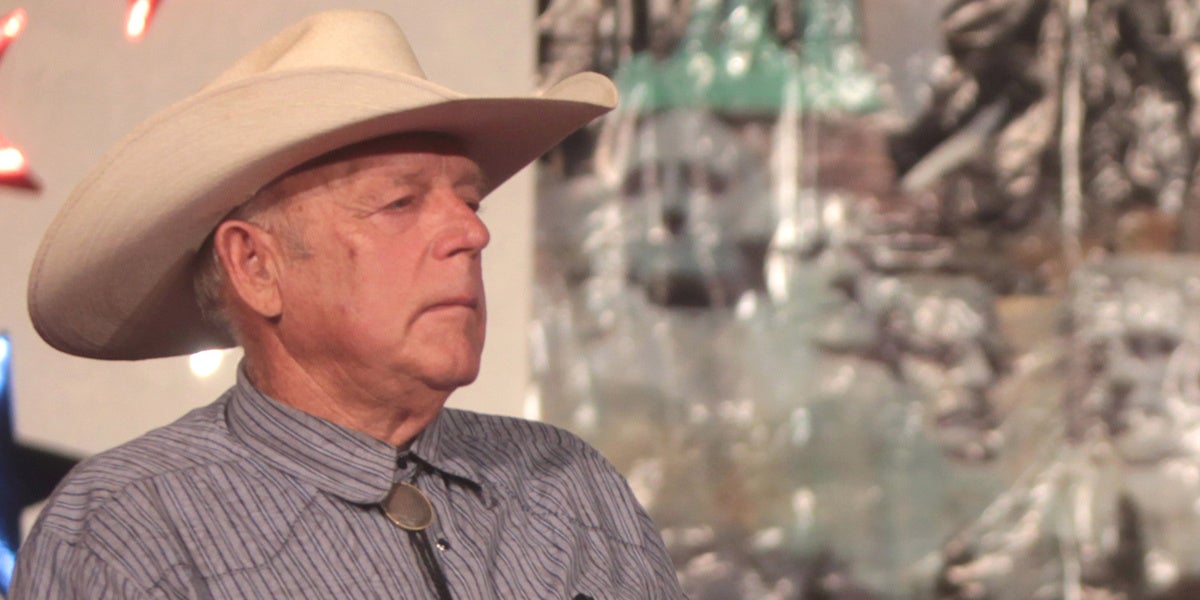 Shock, disappointment and warnings of potential for more armed standoffs over U.S. public lands were among the reactions Monday from two academic experts and a former Oregon county judge to a federal judge’s order dismissing the government’s criminal charges against Nevada rancher Cliven Bundy, two of his sons and a fourth man linked to militia groups.

“This is a very sad day for America’s public lands,” said Peter Walker, a University of Oregon geography professor who studies the social and political environmental aspects of the American West and is writing a book on the Bundy family’s conflicts with the federal government.

“Even though this was a procedural decision based on mistakes made by the prosecution, the Bundy family and their supporters will spin it as validation of their ideology,” said Walker.

The Revelator published an investigative report in November detailing the Bundy family’s far-right Mormon extremism in the family’s effort to instigate an armed rebellion to force the federal government off public lands in the West.

On Monday U.S. District Court Judge Gloria M. Navarro dismissed the case against the men in a ruling from the bench in her Las Vegas courtroom. The decision could be appealed by prosecutors. But they would only be able to bring charges again if they won the appeal and the ruling was reversed—and they then got a new indictment from a new grand jury, the New York Times reported.

The four defendants—Cliven Bundy, his sons Ammon and Ryan, and militia leader Ryan Payne—were charged with threatening a federal officer, carrying and using a firearm, and engaging in conspiracy stemming from a 2014 showdown with federal officers near Bunkerville, Nevada. The government was attempting to remove patriarch Cliven Bundy’s cattle from federal land after more than 20 years of trespassing and failing to pay more than $1 million in grazing fees.

Hundreds of Bundy supporters rallied to their call for assistance, many of them armed. Several Bundy supporters pointed high-powered rifles at federal law-enforcement officers who were trying to execute a court order to remove the trespassing cattle from U.S. Bureau of Land Management property northeast of Las Vegas. The government withdrew from the armed confrontation.

Ammon and Ryan Bundy, along with Ryan Payne, later led an armed takeover of the Malheur National Wildlife Refuge in south-central Oregon in January 2016. The armed standoff eventually ended but only after the group’s spokesman, LaVoy Finicum, was shot and killed by police after appearing to be reaching for a gun.

Cliven Bundy wasted no time in declaring victory after Navarro’s ruling Monday as he walked out of the courtroom a free man for the first time in 700 days.

“My defense is a 15-second defense: I graze my cattle only on Clark County, Nev., land and I have no contract with the federal government,” he said according to the Los Angeles Times. “This court has no jurisdiction or authority over this matter. And I’ve put up with this court in America as a political prisoner for two years.”

Bundy’s claims were never put to a test in the courtroom because Judge Navarro ruled the prosecution’s failure to share evidence with the defense made it impossible for the defendants to receive a fair trial.

“This court decision will cause every person who agrees with the Bundy ideology to believe they can threaten federal employees on public land with firearms and pay no cost,” Walker said. “Every hardworking federal employee on federal public lands now has a huge target painted on their back.”

In Burns, Ore., former Harney County Judge Steve Grasty told The Revelator he is “very disappointed” that the case ended before it was presented to a jury. Grasty tangled with Ammon and Ryan Bundy and Ryan Payne when the men led the armed takeover of the Malheur National Wildlife Refuge in Harney County in January 2016.

Grasty said the Bundy family’s efforts to trigger an armed insurrection against the federal government in Harney County was a terrorist act that drew overwhelming opposition from most of the rural, ranching community.

“No matter what the outcome of the trial was, I think it would have been beneficial, even to the Bundys, to have gotten all the way through the trial and have all the evidence out in front … and have jurors make a decision,” Grasty said.

Betsy Gaines Quammen, an expert on the impact of Mormonism and public lands, said the court ruling “will glorify Cliven Bundy” in the minds of his followers.

“It could well convince his supporters that the Bundy family stands in God’s favor,” she said. “He has always said that he was waging a religious war and with that rationale, this mistrial makes it appear as if Bundy has heavenly approval.”

She predicts that the mistrial will provide “momentum to the current agenda of developing federal lands and the push towards privatization.”

Quammen said a potential flashpoint in the near future could be related to ongoing litigation to stop President Donald Trump’s executive order sharply reducing the size of two national monuments located in southwest Utah, Bears Ears and Grand Staircase Escalante.

“If there is litigation that puts a ‘stay’ on national monument reduction, I wouldn’t be surprised if guys with guns show up on public lands,” she said. “Ranchers have fought on the ground. Dark money has fought in Washington. And public lands are more vulnerable than they have ever been.”

Walker said the Bundy family has been very skillful focusing the public’s attention on government overreach, while keeping the religious roots of their opposition to the federal government out of public debate.

The booklet starts with a letter from Bundy posing the document’s central question: “What is the constitutional duty of a member of the Lord’s church?” Bundy found answers in the scripture that he believed directed and justified him in “defending my rights and my ranch against the federal government’s tyrannical” usurpation of his land, The Washington Post reported in December.

“Bundy represented himself as peacefully protesting government overreach. Who wouldn’t go along with that?” Walker said. “In reality, he was talking about an armed religious crusade to overthrow the federal government. If he said that honestly, a lot fewer people would support him.”