Biden Urged to Help Save American Bumblebees From Extinction 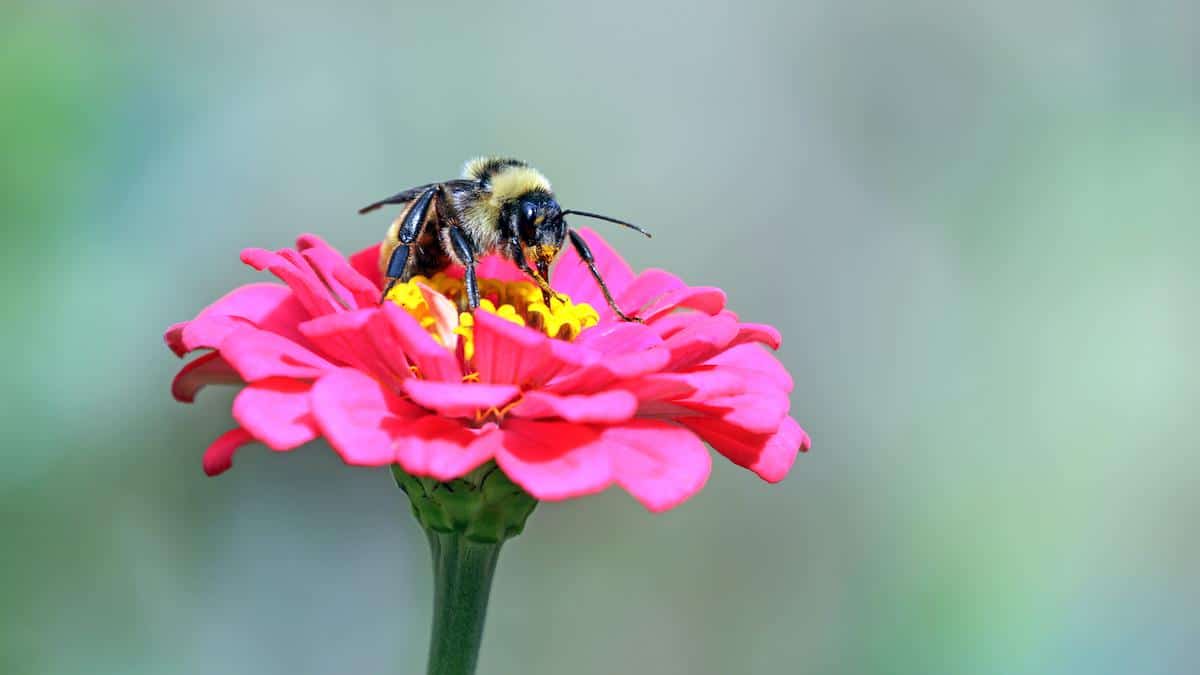 Warning that threats including the climate crisis and pesticides are pushing the American bumblebee toward extinction, two conservation groups on Monday urged the Biden administration to give federal protections to the native pollinator.

“We’re asking President [Joe] Biden to be the hero that steps up and saves the American bumblebee from extinction,” said Jess Tyler, an entomologist and staff scientist at the Center for Biological Diversity, in a statement. “It’s unthinkable that we would carelessly allow this fuzzy, black-and-yellow beauty to disappear forever.”

To stave off that scenario, Tyler’s group joined the Bombus Pollinator Association of Law Students of Albany Law School in urging the U.S. Fish and Wildlife Service to list the American bumblebee as endangered under the Endangered Species Act (ESA).

Keith Hirokawa, a professor of law at Albany Law School, called it “unfortunate that we’re forced to call upon the Endangered Species Act to protect a species so fundamental to human and ecosystem health.”

“It is our hope,” said Hirokawa, “that the Biden administration grasps the gravity of this moment.”

The groups’ 72-page petition [pdf] to the agency describes the gravity in clear terms, pointing in part to how the species — referring to the pollinators known as both Bombus pensylvanicus and Bombus sonorous — have gone from being once common and dominant to suffering a “devastating loss” of abundance. From the filing:

Once the most commonly observed bumblebee in the United States, the American bumblebee has declined by 89% in relative abundance and continues to decline toward extinction due to the disastrous, synergistic impacts of threats including habitat loss, pesticides, disease, climate change, competition with honey bees, and loss of genetic diversity. In the last 20 years, the American bumblebee has vanished from at least eight states, mostly in the Northeast, and it is in precipitous decline in many more. For example, in New York it has suffered a catastrophic decline of 99% in relative abundance, and in Illinois it has disappeared from the northern part of the state and is down 74% since 2004. In sum, the American bumblebee has become very rare or possibly extripated [sic] from 16 states in the Northeast and Northwest; it has experienced declines of over 90% in the upper Midwest; and 19 other states in the Southeast and Midwest have seen declines of over 50%.

Bolstering the groups’ argument for ESA protections is international recognition of the American bumble’s plight, with the petition citing as an example the IUCN’s “vulnerable” classification. Further, the groups add, “The American bumblebee has not been protected under any state endangered species statute.”

Simply put, the species “urgently needs the protections that only ESA listing can provide. Without these necessary protections, the American bumblebee will continue to precipitously decline,” the groups wrote.

According to the center’s Tyler, while the situation for the bee is grim, there is hope.

“There’s no question that human activities have pushed this bee toward extinction, so we have the ability to wake up, reverse course, and save it,” said Tyler.

“But this late in the game,” he added, “it’s going to take the powerful tools provided only by the Endangered Species Act to get the job done. Anything short of that and we risk losing this iconic part of the American landscape forever.”