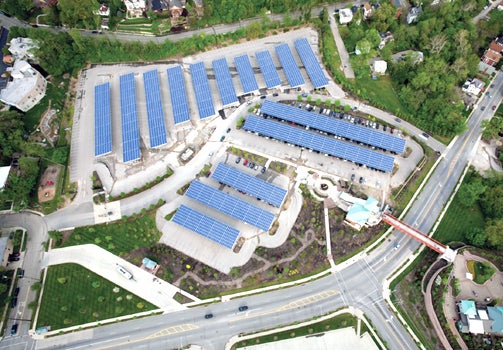 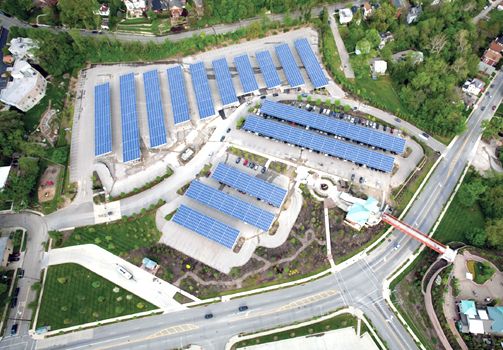 Environmental groups and solar industry representatives applauded the latest draft of Cincinnati’s green plan on Tuesday morning. The draft plan, presented to city council’s Committee for Strategic Growth by the city Office of Environmental Quality, includes a renewable energy chapter dedicated to expanding the use of solar power in the city’s energy mix and the role that Cincinnati can play in promoting clean energy investments to residents, businesses and local institutions. The plan will pave the way for more solar energy investments, less pollution and good jobs in the city of Cincinnati, and final version could be ready for council approval as early as April.

Environmental groups, local clean energy businesses and dozens of members of the public attended the hearing to support the city’s vision and express excitement about the expanded attention to local solar power by the city. “The city’s latest green plan is a major step forward for solar power in Cincinnati,” said Christian Adams, Clean Energy Associate for Environment Ohio. “This plan will put Cincinnati on the map as a national leader for solar energy and our members who live and work in Hamilton County couldn’t be more excited. State leaders and other cities around Ohio should follow Cincinnati’s lead.”

During the hearing, numerous solar industry representatives testified to council on the job and economic development benefits of renewable energy to Cincinnati.

Siobhan Pritchard, regional sales manager for Dovetail Solar, spoke about her company’s decision to open a Cincinnati office due to the strong local demand for clean energy. “The city’s commitment to solar was an opportunity to hire staff in Cincinnati to meet local demand. Our solar contracts with the city help create professional and blue collar jobs–from system designers and sales executives to electricians and installers, helping to spur employment and economic revitalization,” said Pritchard. Dovetail has worked with city officials to perform numerous installations on municipal buildings including the College Hill Recreation Center and just completed a solar array for Burke Inc., a consulting firm headquartered in downtown Cincinnati.

When asked about the city’s recommendations, Steve Melink, owner and president of local green energy leader Melink Corp., commended the city’s efforts. “The City of Cincinnati’s list of recommendations on sustainability will improve our quality of life and make us more competitive in the Midwest and beyond,” said Melink.

The Office of Environmental Quality plans to hold a series of public meetings in coming months to get community feedback on the green plan recommendations. Adams expressed excitement about being a part of that process. “The level of community engagement by the city on the green plan recommendations is terrific. Cincinnati is choosing a clean energy future and will reap the benefits for years to come,”  said Adams.