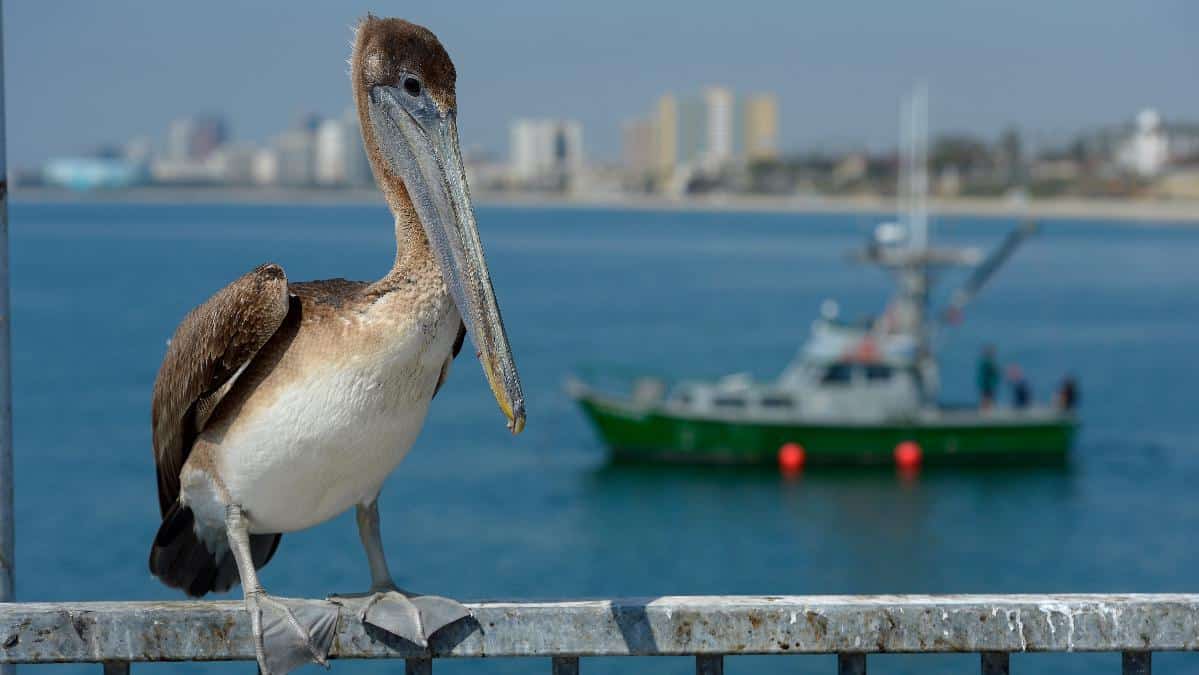 Since March, 32 brown pelicans from Huntington Beach, California to San Clemente have been found injured, according to the Wetlands and Wildlife Care Center, a nonprofit that works with injured wildlife in Orange County.

22 of the pelicans have suffered compound fractures to their wings, according to USA TODAY, and of these, only 10 have survived, according to The New York Times.

The care center believes that someone or several people are behind the attacks on the brown pelicans.

“Someone is intentionally breaking brown pelicans’ wings,” they said in a statement on Monday, according to USA TODAY. “We need your help to find whomever is performing this atrocious act.”

Many of the injured pelicans’ bones protruded through their skin and each medical operation costs a minimum of $5,000, according to The New York Times.

Debbie McGuire, executive director of the center said that the veterinarian performing the surgery couldn’t stop crying as the pelicans screeched in pain throughout the operation.

The Wetlands Wildlife Center is working with the California Department of Fish and Wildlife to find who is responsible for the attacks. A $500 reward is being offered to incentivize a faster arrest, McGuire told USA TODAY.

Debbie Wayns, the operations manager, and others at the wildlife center examined the birds and concluded that the injuries were deliberate, according to The New York Times.

“It was just wrong on every level,” Wayns said to The New York Times. “There was no question that a person or persons did this.”

Harming a brown pelican is in violation of California and federal law, according to California’s Department of Fish and Wildlife.

There have been other cases of people attacking brown pelicans, but it was because the pelicans were too close to boats as patrons were fishing.

Brown pelicans used to be extinct, according to Dan Anderson, professor emeritus at the University of California. The use of DDT, a synthetic insecticide banned in the 1970s, caused a decline in the species.

“We’ve seen all this before,” Anderson said to The New York Times. “But this mutilation goes way too far.”

Hannah McDougall, communications coordinator for Pelican Harbor Seabird Station in Miami, said that the large birds are mostly helpless when it comes to defending themselves. She also said she has seen similar attacks in Florida.

California’s brown pelicans have begun migrating to breeding groups as far as Oregon due to climate change, McGuire said. She also said that protecting the species is integral to California’s biodiversity.

“They’re a beautiful bird,” McDougall said to The New York Times. “It’s important to us that we protect them.”