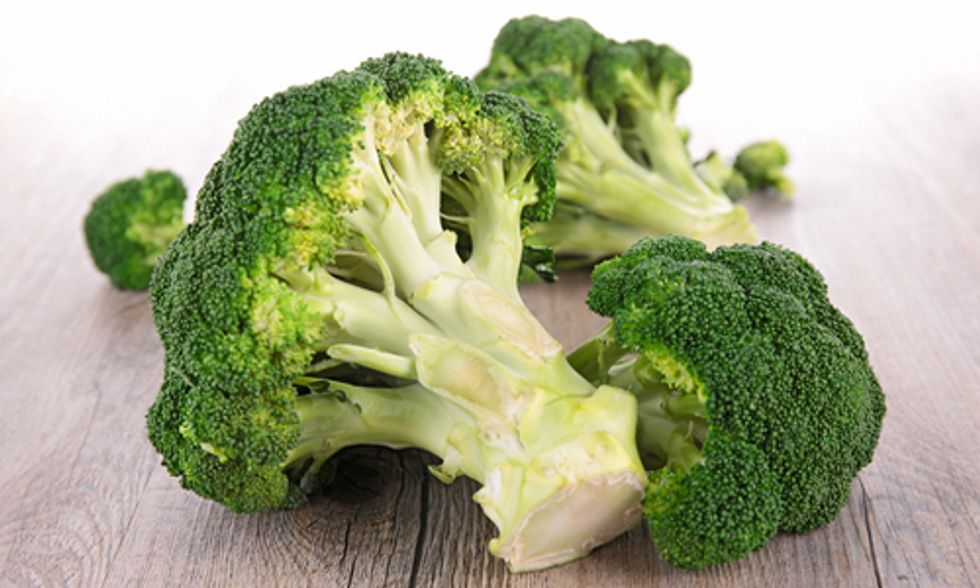 How's this for your unexpected health tip of the day—be sure to drink your ... broccoli?

A recent clinical trial involving nearly 300 people living in one of China's most polluted regions found that daily consumption of a half cup of broccoli sprout beverage produced rapid, significant and sustained higher levels of excretion of benzene (known to cause cancer) and acrolein (a lung irritant). Researchers from the Johns Hopkins Bloomberg School of Public Health, working with colleagues at several U.S. and Chinese institutions, used the broccoli sprout beverage to provide sulforaphane, a plant compound already demonstrated to have cancer preventive properties in animal studies.

A recent clinical trial showed drinking a beverage made from broccoli sprouts can aid the body in eliminating toxins associated with air pollution.
Photo courtesy of Shutterstock

The study was published in the online edition of the journal Cancer Prevention Research.

"Air pollution is a complex and pervasive public health problem," said John Groopman, professor of environmental health at the School of Public Health and one of the study's co-authors. "To address this problem comprehensively, in addition to the engineering solutions to reduce regional pollution emissions, we need to translate our basic science into strategies to protect individuals from these exposures. This study supports the development of food-based strategies as part of this overall prevention effort."

Air pollution, an increasing global problem, causes as many as seven million deaths a year worldwide, according to the World Health Organization, and has in recent years reached perilous levels in many parts of China. Last year, the International Agency for Research on Cancer classified air pollution and particulate matter from air pollution as carcinogenic to humans.

Diets rich in cruciferous vegetables—of which broccoli is one—have been found to reduce risk of chronic degenerative diseases, including cancer. Broccoli sprouts are a source of glucoraphanin, a compound that generates sulforaphane when the plant is chewed or the beverage swallowed. It increases enzymes that enhance the body's capacity to rid itself of these types of the pollutants.

In a 12-week trial, participants who drank a beverage containing freeze-dried broccoli sprout powder mixed with water, pineapple juice and lime juice saw a 61 percent increase in their rate of benzene excretion beginning the first day and continuing throughout the trial. In addition, the rate of excretion of acrolein increased 23 percent.

"This study points to a frugal, simple and safe means that can be taken by individuals to possibly reduce some of the long-term health risks associated with air pollution," said Thomas Kensler, a professor at the School of Public Health and one of the study's co-authors. "This while government leaders and policy makers define and implement more effective regulatory policies to improve air quality."

This article was originally published on Johns Hopkins University's The Hub