Broadway Expands Its Green Practices to Theaters Across the U.S. 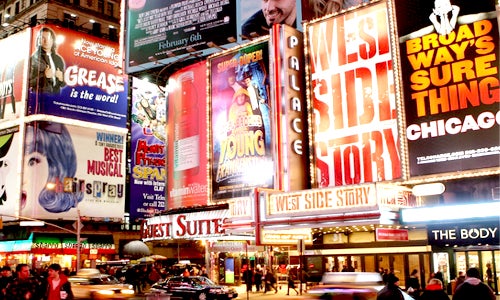 If you had the pleasure of taking in a Broadway performance in the past five years, you also witnessed sustainability taking center stage.

The Broadway Green Alliance (BGA) celebrates five years of greening productions this week by launching an initiative to bring sustainable practices to theaters across the country. In collaboration with the Natural Resources Defense Council (NRDC), the BGA says its online Theatre Greening Advisor is the most comprehensive theater greening information database available.

The organizations want to provide environmentally preferable options to producers, theater owners, designers, managers and design shops in the same way that the BGA brought them to Broadway in New York City. 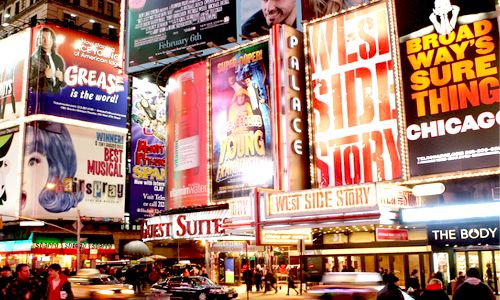 The Broadway Green Alliance helped bring energy efficient lighting throughout the Great White Way and hopes to do the same at theaters all over the nation. Photo credit: U.S. Environmental Protection Agency

“In the past five years, the Broadway Green Alliance has become a part of nearly all Broadway productions, and now is working with Off-Broadway, regional theaters, colleges and many other venues and shows in and outside of the U.S.,” said Charlie Deull, co-chair of the BGA.

“We are grateful to the NRDC for its work on the NRDC Theatre Greening Advisor, which will be a valuable tool for the many BGA participants and allies working to make theater, and the planet, greener.”

According to the BGA, here are some of the green achievements made to date on Broadway:
BGA has also participated in outreach programs with colleges, off-Broadway and regional and touring venues. The launch of the greening advisor will provide resources allowing theaters to embrace sustainability at all times. The BGA also launched the BGA Greener Lighting Guide, in partnership with the Professional Lighting and Sound Association.
“The single most important thing we can do to help save the planet is to change cultural assumptions and attitudes about how we should relate to Planet Earth,” Dr. Allen Hershkowitz, a senior scientist at the NRDC who helped to co-found the BGA.
“By promoting energy efficiency, recycling programs, waste reduction, water conservation and other smart operations, theaters and productions will help keep our nation’s air and water clean, reduce their contribution to global warming and achieve cost saving benefits at the same time.”
Visit EcoWatch’s SUSTAINABLE BUSINESS page for more related news on this topic.