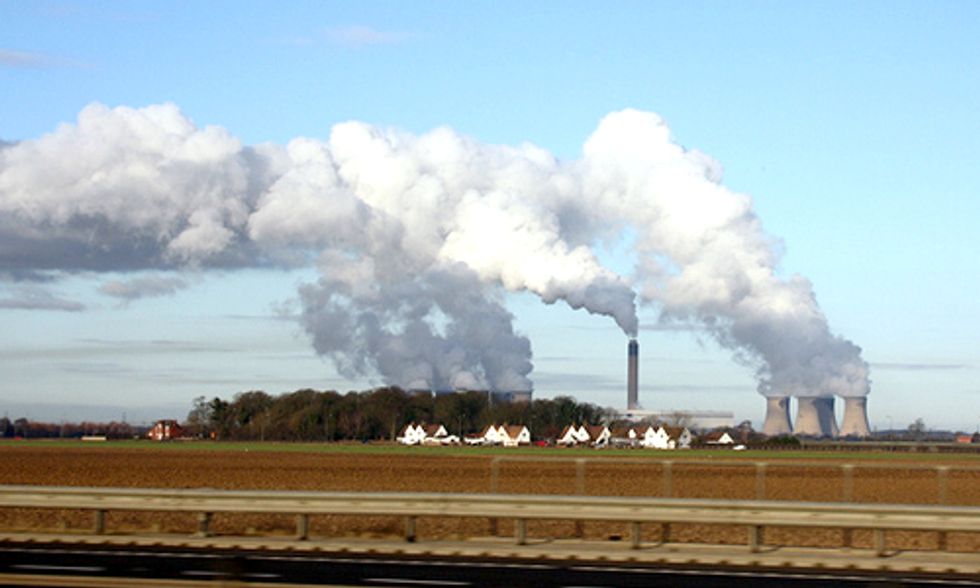 Divesting from fossil fuels not only makes sense, but it's in vogue. Students are advocating for it, colleges are doing it, and now doctors are joining the party.

As a result of its recent annual meeting, the British Medical Association will divest its fossil fuel investments. The vote makes the BMA the first health organization in the world to make such a decision.

"Reducing greenhouse gases will therefore have health and economic benefits, but health aspects and impacts are less well identified and accepted by the general public," said Dr Jane Richards said, according to the BMA. "It is now time to reduce our reliance our reliance on [fossil fuels]."

The British Medical Association has become the first health organization in the world to turn its back on support dirty energy. Photo credit: Creative Commons/ Jamie Potter/via TckTckTck

The decision was encouraged by the BMA's Retired Members Forum, along with MedAct, Climate and Health Council and others. Motions from councils and divisions within the BMA all read similarly to the South Central Regional Council's:

Environmental advocates welcome the support of medical professionals in the fight against climate change.

“Climate change has profound implications for human health, as does the air pollution produced by fossil fuels. By adding the voice of health professionals, this decision will add considerable momentum to the international movement for divestment from fossil fuels,” Medical student and Healthy Planet UK Coordinator Isobel Braithwaite said, according to MedAct.

In addition to the University of Dayton's recent decision, the BMA follows in the footsteps of more than 27 cities, 29 religious institutions and 17 major investment foundations when it comes to fossil fuel divestment, according to environmental organization TckTckTck.

“We need a completely a radically different and sustainable pattern of energy production and consumption," said David McCoy, public health doctor and chair of Medact. "Shifting money away from the fossil fuel industry is an important step in that direction.

"In the same way that ethical investors choose not to profit from tobacco and arm sales, the health community worldwide is correctly calling for divestment from another set of harmful activities.”