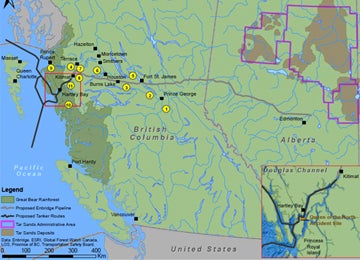 All Risk No Reward Coalition

News broke today that the British Columbia government in Canada has rejected a proposal from Enbridge to build the Northern Gateway pipeline which would pump tar sands through the province for export. Government officials cited a lack of evidence that the company has the ability to transport the heavy crude safely, nor could Enbridge prove that they would have a sufficient response to a spill should one occur. 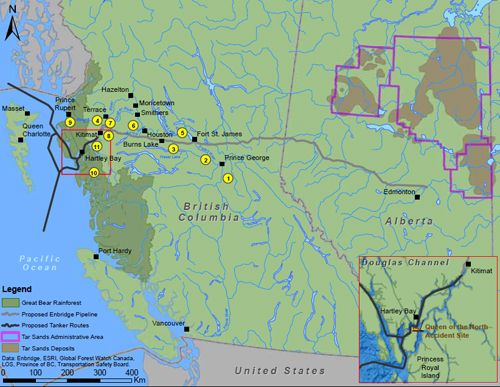 According to Environment Minister Terry Lake, “British Columbia thoroughly reviewed all of the evidence and submissions made to the panel and asked substantive questions about the project, including its route, spill response capacity and financial structure to handle any incidents.  Our questions were not satisfactorily answered during these hearings.”

Lake and other officials in Canada have reason to be wary of Enbridge’s ability to clean up after a spill. Citizens of Michigan are still cleaning up after a pipeline ruptured and dumped tar sands into local waterways in July 2010.

Now more than ever, we know that the tar sands industry wants Keystone XL in order to facilitate reckless expansion in Alberta and to get their dirty product to China. Key Canadian officials have shown that they know how risky transporting tar sands can be and that the industry is not able to deal with the dangerous side effects that come with moving it.

If Canadians find tar sands pipelines too risky, why should Americans take that risk for the sake of an export pipeline?