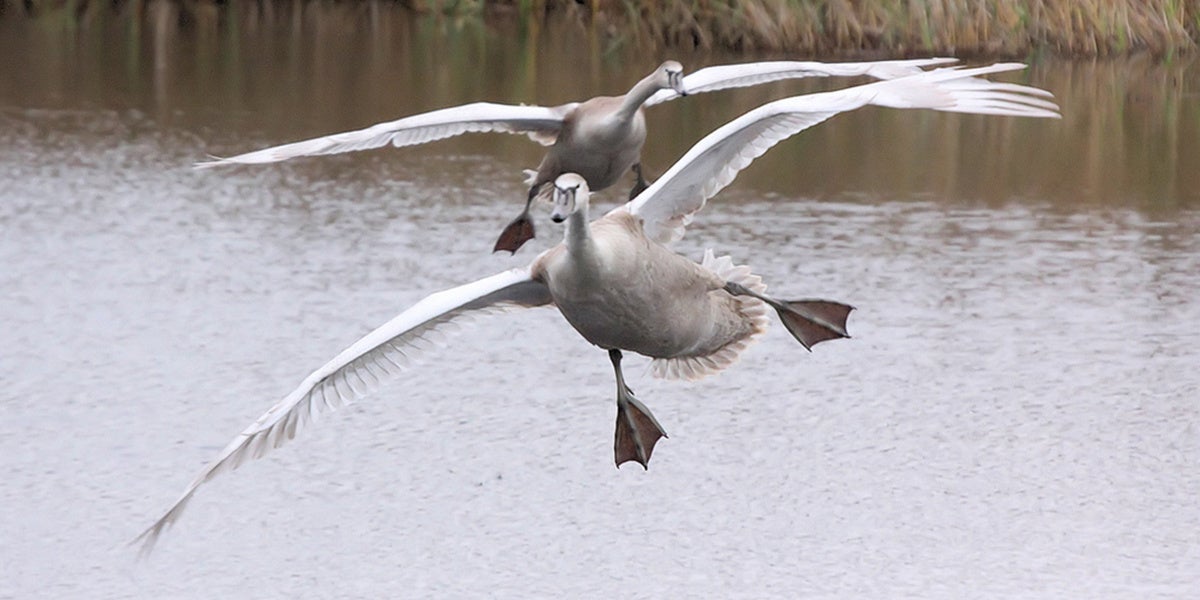 The UK’s vote to leave the EU in June of 2016 is often compared to the U.S. election of Donald Trump as part of a populist, xenophobic reaction against increasing globalization and business-as-usual politics. But is Brexit as much of a danger to the environment as Trump’s presidency has turned out to be?

BRITAIN: Brexit is the stupidest, most self-destructive act a country could undertake.
USA: Hold my beer.

The UK isn’t planning to withdraw from the Paris agreement anytime soon, but a March risk analysis commissioned by Friends of the Earth found that environmental protections are likely to weaken in any potential Brexit deal, The Guardian reported Thursday.

Researchers from the University of Sheffield, Queen’s University Belfast and the University of East Anglia studied five different trade arrangements and 15 different environmental policies, and found that all posed a “very high risk” to birds and habitats, according to The Guardian.

Overall, a model that resembles Norway’s close relationship to the EU was the best for the environment, and a “chaotic no deal” model that represents a total separation was the worst.

Air quality has in particular emerged as a major public health focus in the UK, as a parliamentary joint-inquiry in March called air pollution in the country “a national health emergency.”

The study calls into question assurances from the UK government that Brexit would be “green.”

In an opinion piece for Politico cited by The Guardian, the UK environmental secretary Michael Gove called Brexit “a chance to take back control of our environment.” He held up a 25-year environment plan launched by UK Prime Minister Theresa May in January that “shows the way to Green Brexit and beyond.”

But the risk analysis found the plan low on detail, and the details it did provide less ambitious than current EU law.

“The 25-year plan was depressing and concerning,” analysis author and Sheffield University professor Charlotte Burns told The Guardian. “If the government is not tied down to strict standards, we will see waning investment in the environment and less capacity for NGOs to challenge what they do in the courts.”

According to the executive summary of the analysis, Brexit could also weaken EU environmental policy, since the UK had lobbied for more aggressive climate change action and more eco-friendly agricultural practices.

To avoid backsliding, the summary recommended that the UK and EU write environmental regulations, such as an “environmental non-regression clause” into any new trade deals.

“We were promised that Brexit wouldn’t harm our environment—but this analysis shows that under all scenarios currently on the table, this promise will be broken,” Friends of the Earth’s Kierra Box told The Guardian. “We hope this report will spur parliament to make much needed changes to the withdrawal bill currently in the process of going through parliament, to lock in guarantees for our environment that the report authors have found lacking so far,” she said