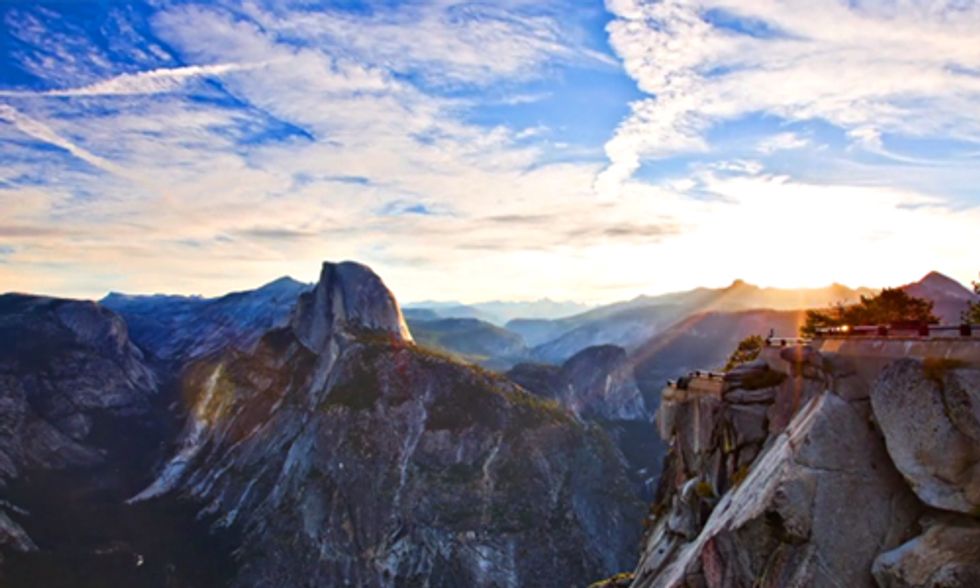 Yosemite National Park is one of America's most beloved parks with three to four million visitors flocking there every year. It's considered one of the top parks in the country, and it's home to two of the world’s most famous trails, the John Muir Trail and the Pacific Crest Trail. Two filmmakers, Colin Delehanty and Sheldon Neill, hiked more than 200 miles to capture footage inside the park and the results are absolutely stunning. Their finished product is a time-lapse video called Project Yosemite.

The idea for the project came to the two filmmakers during their first overnight trip to Half Dome. Delehanty and Neill explain their inspiration:

Being on Half Dome that night felt like being on another planet, a smooth granite surface under our feet and endless space spinning overhead. The morning's sunrise felt like the first proper sunrise we'd ever witnessed. We decided to team up and document the experience together for others to see.

Here is a trailer for Delehanty and Neill's first video, Yosemite HD:

The two filmmakers are currently working on their second video, which dives deeper into the park and explores new places not seen in the first video. Here is a teaser of that incredible second video, Yosemite HD II: