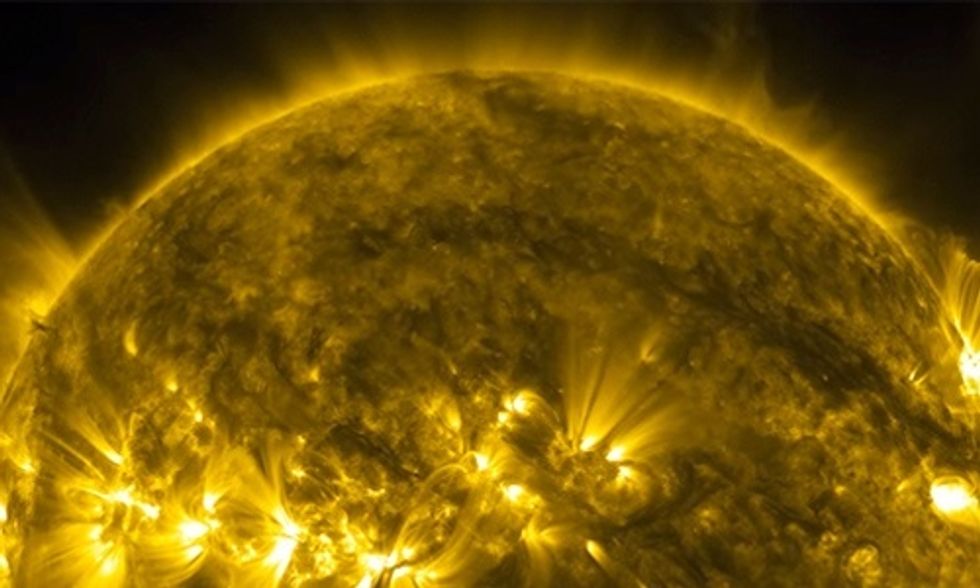 The video, courtesy of NASA's Solar Dynamics Observatory, took hours to create. But, as the organization notes in the video's description, all that hard work results in footage that showcases the sun in "unprecedented detail."

"Every 12 seconds, NASA's Solar Dynamics Observatory images the sun in 10 wavelengths of invisible ultraviolet light," explains the organization in the opening. "Each wavelength is assigned a unique color and every image is eight times the resolution of HD video. A team of media specialists works about 10 hours to create one minute of this footage." Now that is a lot of work!

Check out the sun like you've never seen it before: