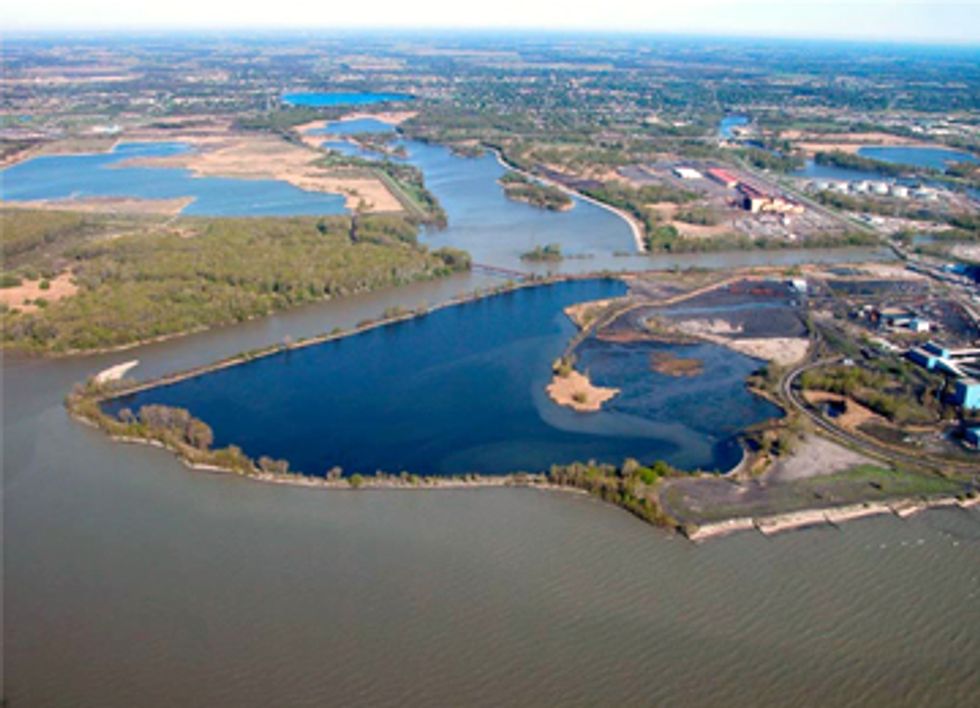 For each plant, the groups reviewed permit and monitoring requirements for some of the most toxic poisons routinely discharged into rivers, lakes and bays on a daily basis including arsenic, boron, cadmium, lead, mercury and selenium. The report, Closing the Floodgates: How the Coal Industry Is Poisoning Our Water and How We Can Stop It found that:

The troubling results of the groups’ investigation are due in large part to the lack of any binding federal standards limiting toxic pollution from coal plants. Existing standards that apply to coal plant wastewater were established in 1982 and do not cover most of the worst pollutants. The U.S. Environmental Protection Agency (EPA) has repeatedly acknowledged that existing guidelines have not kept pace with developments in the industry. However, for more than three decades the U.S. EPA has failed to set standards to curb the billions of pounds of pollution power plants dump into our rivers, streams and lakes each year from coal ash and scrubber sludge wastewaters. Fortunately, in April 2013, as a result of federal court litigation filed by several conservation groups, the EPA proposed the first ever national standards to limit toxics dumped into waterways from coal plants.

The groups also reviewed a red-line copy of the EPA’s proposed coal plant water pollution standards that were sent to the White House’s Office of Management and Budget (OMB) before the standards were released. The red-line copy shows that OMB caved to industry pressure and took the highly unusual and improper step of writing new, weaker options into the draft rule prepared by the EPA’s expert staff.

Of the various options outlined in the EPA’s proposed standards, the best is “Option 5,” which would eliminate almost all toxic waste dumped into our rivers, streams, lakes and bays. Option 5 would reduce pollution by more than 5 billion pounds a year. It should be the option EPA selects for the final rule because the human health impacts from this pollution are serious. The EPA estimates that nearly 140,000 people per year experience increased cancer risk due to arsenic in fish from coal plants, nearly 13,000 children under the age of seven each year have reduced IQs because of lead in fish they eat and almost 2,000 children are born with lower IQs because of mercury in fish their mothers have eaten.

Robert F. Kennedy, Jr., president of Waterkeeper Alliance spoke passionately about the need to protect public health and our waterways today in a press conference on the banks of Mountain Island Lake near Charlotte, NC when he released the report alongside other environmental leaders.

"Allowing coal polluters to fill our rivers and lakes with this witches brew of toxic chemicals threatens public health and diminishes quality of life for Americans," said Kennedy. "The Clean Water Act is one of our nation's greatest achievements, but forty years after this critical legislation was passed, the coal industry is still polluting with impunity, thanks to a loophole no other industry has enjoyed."

“We look out for lead paint when we buy a home and we clear our kids from the room when a mercury thermometer breaks on the ground—so why would we let the coal industry dump millions of pounds of these poisons into our water?” said Mary Anne Hitt, director of the Sierra Club’s Beyond Coal campaign. “Doctors and scientists know that exposure to these dangerous metals can lead to birth defects, cancer and even death. That means the EPA’s new coal plant water pollution standards will not only clean up our water, but it will also save lives.”

“This is a problem with a solution. Affordable wastewater treatment technologies exist to eliminate toxic discharges and are already in use at some plants,” said Eric Schaeffer, executive director of Environmental Integrity Project. “It is time to hold the coal industry accountable for cleaning up this pollution. Americans deserve—and the law demands—commonsense safeguards that protect downstream communities and our watersheds from dangerous heavy metals.”

“EPA sent over a strong, common-sense rule to OMB that proposed affordable treatment solutions for a serious water pollution problem. But after closed-door meetings with industry, OMB decided to overrule the experts at EPA and propose so-called ‘preferred’ options that will give coal plants a free pass to continue dumping toxics into our waterways," said Abigail Dillen, Earthjustice’s Climate and Energy vice president. “It’s outrageous that OMB is caving to coal interests instead of getting arsenic and other poisons out of our drinking water.”

"It's time for power plants to stop using rivers, lakes, streams and bays as open sewers to dump their toxic waste. It's especially a travesty that we are allowing more than 70 coal plants to dump dangerous heavy metals directly into waterways that are already impaired with those very same toxics," said Robert Wendelgass, Clean Water Action's president and CEO. "Worse still, three quarters of these plants are operating without a permit to limit the amount of toxic metals they can dump in the water. The EPA must end the power plant industries' free pass to pollute into already damaged waterways and other vital waters that are sources of drinking water for millions of Americans."

To help highlight the report’s findings and raise awareness about the EPA’s critical new coal plant water pollution standards, many local events will be held across the country. From a “toxic lemonade stand” in Pennsylvania to a “Miss and Mr. Toxic Water Swimsuit Competition” in Missouri, and from a kayaking trip outside a coal plant in Oklahoma to a fish-less fish fry in Illinois, activists from coast to coast will be calling for the EPA to finalize the strongest possible standards to protect American families from dangerous toxic water pollution.

If you think it is past time for the U.S. to stop the unlimited discharge of arsenic and other poisons in our waterways, tell the EPA to choose option 5 during the public comment period on the proposed new rules.