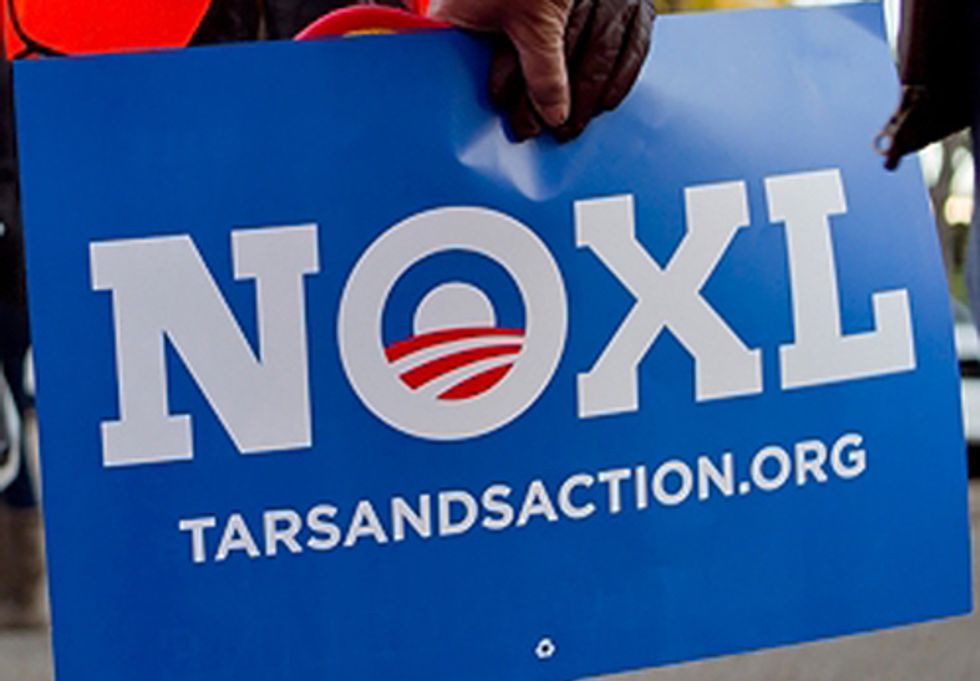 On Saturday, Dec. 17, Congress made a back-room deal that would rush a decision on the dirty Keystone XL tar sands oil pipeline. This dirty, dangerous, oil pipeline proposal would bring corrosive oil from Canada through America’s Heartland. It would be devastating to our air, water and climate.

Big Oil's allies successfully held the Payroll Tax Cut hostage to a rider that would order the Obama Administration to ignore public input, good science and environmental laws, and fast-track a decision on the Keystone XL tar sands oil pipeline in the next 60 days.

Once again good public policy is being held hostage to dirty oil bullying.

We celebrated a victory last month for our future Beyond Oil when President Barack Obama decided the Keystone XL oil pipeline needed a more in depth review. Don’t let Big Oil try to rob us of that victory and our clean energy future.

It’s frustrating, maddening and upsetting to see our progress stalled—but the fight to keep Big Oil and this awful pipeline project at bay is far from over.

Contact your Senators now and tell them you are disappointed in this decision and that you expect them to stand strong against the dirty Keystone XL oil pipeline project. Tell them not to give in to Big Oil blackmail.