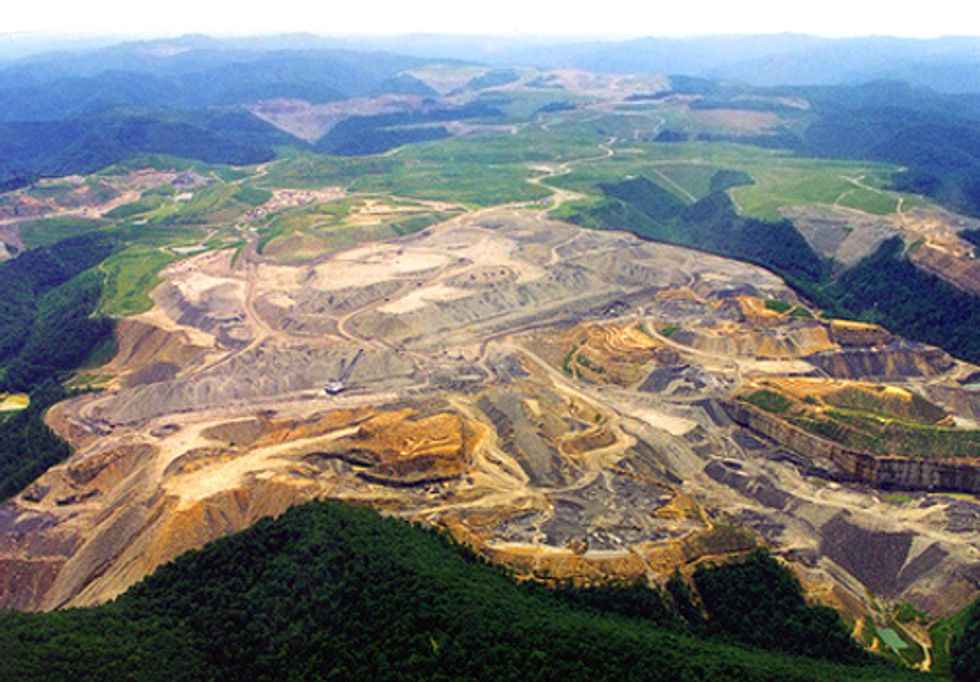 Recognizing the mounting humanitarian crisis from mountaintop removal mining in the Appalachian coalfields, Rep. Dennis Kucinich (D-OH) and Rep. Louise Slaughter (D-NY) joined Congressional representatives from across the nation today and introduced H.R. 5959, The Appalachian Communities Health Emergency (ACHE) Act. The historic bill places "a moratorium on permitting for mountaintop removal coal mining until health studies are conducted by the Department of Health and Human Services."

"The ACHE Act will stop new mountaintop removal coal mines until the science clearly demonstrates the mines will not cost these hard working communities their health or their lives. It will also fund some of the best researchers in the world to carry out that science," Kucinich said.

Over the past few years, as impacted coal mining residents have pleaded for basic civil rights and environmental protection, more than 20 peer-reviewed studies have suggested higher risks and links between reckless strip mining and devastating health impacts, including birth defects, cancer and chronic heart, lung, and kidney disease. (A report released last week noted that strip miners are even subjected to unacceptable levels of black lung disease.)

"Today marks a new, but long overdue journey in the pursuit of justice for the victims of mountaintop removal mining," said Bo Webb, the 2010 Purpose Prize recipient with the Appalachian Community Health Emergency group, who lives under a mountaintop removal operation in West Virginia and has often testified to the toxic fallout of silica dust and heavy metals.

But this long overdue pursuit of justice for the victims of mountaintop removal did not come from the notoriously Big Coal-bankrolled representatives in the Congressional districts impacted most by mountaintop removal; just last month, in fact, Rep. Hal Rogers (R-KY) and Rep. Nick Rahall (D-WV), among others, had retired coal miners and affected citizens arrested in their offices for attempting to simply discuss the health crisis.

Nearly four decades ago, eastern Kentucky author Harry Caudill pleaded with outside members of Congress to intervene on massive strip mining operations in his central Appalachian. "West Virginia, for example, has its own congressmen and its own senators who do nothing, say nothing, advocate nothing, see nothing wrong," Caudill told an interviewer. "It always takes someone like a man named Ken Hechler from New York or a man named John Kennedy from Massachusetts to notice that West Virginia is dying on the vine."

Thanks to Rep. Kucinich, Rep. Slaughter and Kentucky Rep. John Yarmuth, among others, Congress--and the Obama administration--must now finally take notice of one of the most egregious humanitarian and environmental crises in the nation.   "As certain people of the Eastern Kentucky coalfields helped me to understand nearly 50 years ago, the fate of the land and the fate of the people are inseparable," renowned Kentucky author Wendell Berry wrote in support of the congressional Act. "Whatever affects the health of the land must affect the health of the people. From that understanding, it is clear that the measures called for in the ACHE Act should have been enacted many years ago. Granted even a minimal concern for the health of the land and people, and even minimal respect for the findings of science, the need for this bill now is obvious."

Led by a movement of affected Appalachian coalfield organizations, the ACHE Act has the backing of the major environmental groups in Washington, DC, including Earthjustice and the Sierra Club, as well as West Virginia Highlands Conservancy, the Ohio Valley Environmental Coalition and Southern Appalachian Mountain Stewards.

"The A.C.H.E. Act is a clear demand on behalf of people being poisoned by mountaintop removal that the poisoning cease and that we be afforded all the protections available to the rest of America," said Bob Kincaid, board president of the Coal River Mountain Watch. "We refuse to be the coal industry's sacrificial victims for even another instant."