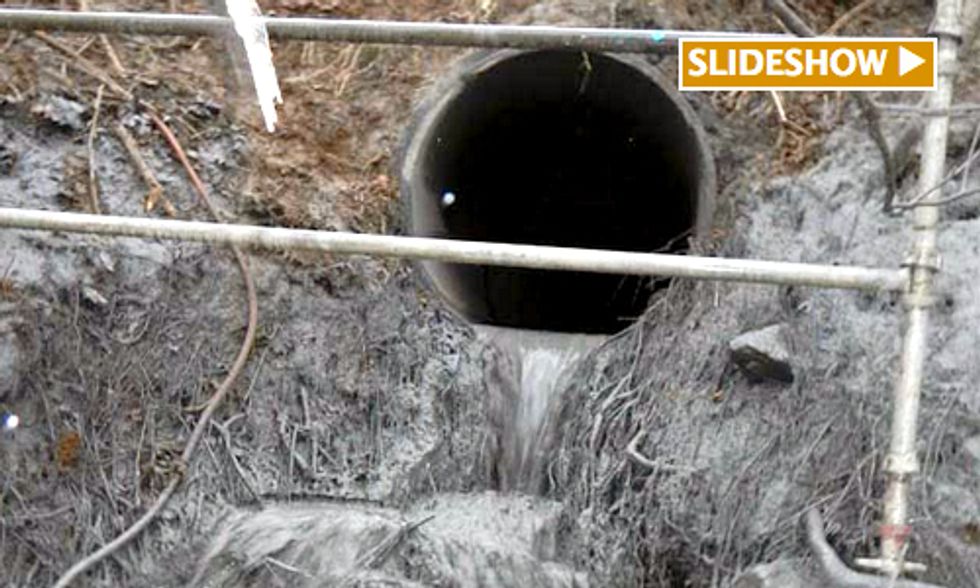 A North Carolina judge ruled Thursday that Duke Energy must take immediate action to eliminate the source of groundwater pollution at the company's coal ash dumps that are scattered across the state.

“The ruling leaves no doubt, Duke Energy is past due on its obligation to eliminate the sources of groundwater contamination, its unlined coal ash pits, and the State has both the authority and a duty to require action now,” said D.J. Gerken, senior attorney at the SELC who represented the conservation groups in the case. “This ruling enforces a common-sense requirement in existing law—before you can clean up contaminated groundwater, you first must stop the source of the contamination- in this case, Duke’s unlined coal ash pits.”

Data collected by the North Carolina Department of Natural Resources (DENR) over several years indicated that several of Duke’s coal-fired power plants were causing groundwater contamination by storing hazardous coal ash in unlined pits often adjacent to major bodies of water, including drinking water reservoirs. But, the DENR had asserted it could take no action without first determining how far contamination had spread and that it lacked the legal power to require Duke to remove contaminants.

Thursday's ruling clarifies North Carolina's authority under the North Carolina groundwater protection law to require Duke to stop the ponds from further contaminating groundwater, before it tackles the long term challenge of cleaning up the groundwater it has already polluted.

“Arsenic has been detected at levels exceeding legal standards in the groundwater at the Dan River plant at every sampling event since January 2011,” said Pete Harrison with the Waterkeeper Alliance. “If the state had exercised its authority to require cleanup of those ponds previously, the catastrophic February 2014 coal ash spill could have been prevented. The time to use this authority to require cleanup at other plants around the state is now, before another disaster occurs.”

The ruling comes a month after a massive coal ash spill from a Duke facility in Eden coated 70 miles of the Dan River in toxic gray sludge.

Neither Duke nor any government regulator issued a press release to inform the public about the massive spill until a day after the 22 million gallons of sludge was discovered.

A security guard who noticed unusually low water in the ash pond at Duke's shuttered coal plant led to the discovery of the spill, which means most of the water had escaped and contaminated the river before anyone at the company had noticed.

On Feb, 6, Waterkeeper Alliance and Yadkin Riverkeeper issued the results of water sampling from the river in the wake of what would become the third largest coal ash spill in U.S. history.

Ridgeway's ruling comes as a hard hit to the Charlotte-based Duke Energy, which is the largest energy producer and anti-coal-ash-regulation lobbyist in the nation.

"Duke's toxic legacy in North Carolina needs to end, and the North Carolina Department of Environment and Natural Resources won’t do its part to protect our water,” said Kelly Martin, senior campaign representative with Sierra Club’s Beyond Coal campaign. “Clean water is our right, and if Duke Energy won’t do the right thing even after the Dan River coal ash spill, we’ll keep fighting to hold them accountable.”