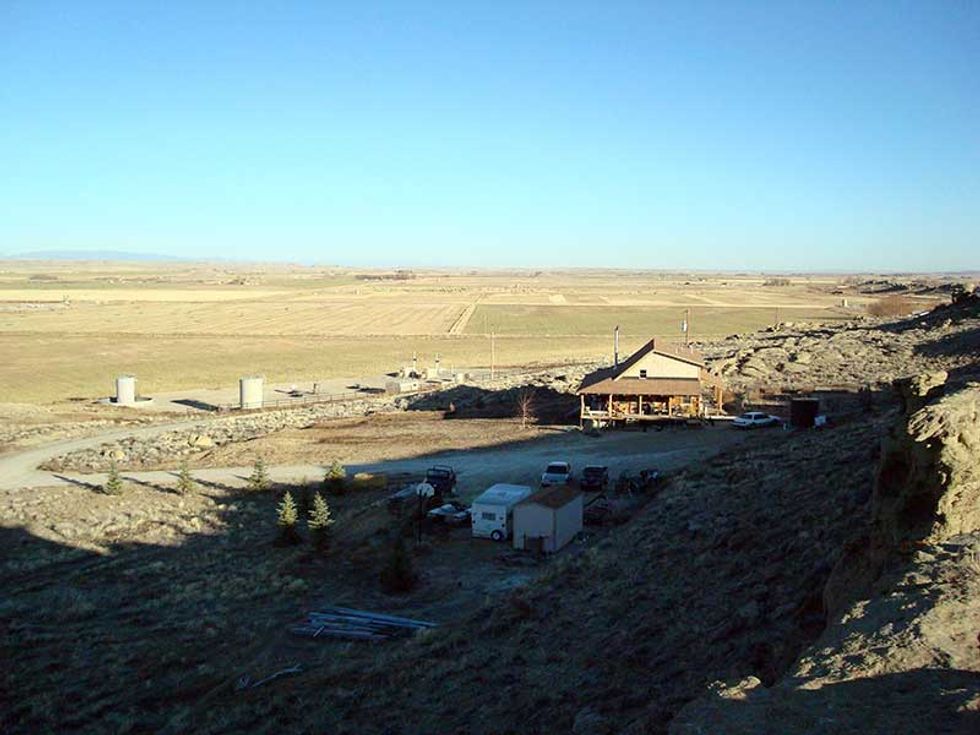 The U.S. Environmental Protection Agency (EPA) released a draft analysis of data Dec. 8 from its Pavillion, Wyoming ground water investigation. At the request of Pavillion residents, EPA began investigating water quality concerns in private drinking water wells three years ago. Since that time, in conjunction with the state of Wyoming, the local community, and the owner of the gas field, Encana, EPA has been working to assess ground water quality and identify potential sources of contamination.

EPA constructed two deep monitoring wells to sample water in the aquifer. The draft report indicates that ground water in the aquifer contains compounds likely associated with gas production practices, including hydraulic fracturing. EPA also re-tested private and public drinking water wells in the community. The samples were consistent with chemicals identified in earlier EPA results released in 2010 and are generally below established health and safety standards. To ensure a transparent and rigorous analysis, EPA is releasing these findings for public comment and will submit them to an independent scientific review panel. The draft findings announced Dec. 8 are specific to Pavillion, where the fracturing is taking place in and below the drinking water aquifer and in close proximity to drinking water wells—production conditions different from those in many other areas of the country.

Natural gas plays a key role in our nation’s clean energy future and the Obama administration is committed to ensuring that the development of this vital resource occurs safely and responsibly. At the direction of Congress, and separate from this ground water investigation, EPA has begun a national study on the potential impacts of hydraulic fracturing on drinking water resources.

“EPA’s highest priority remains ensuring that Pavillion residents have access to safe drinking water,” said Jim Martin, EPA’s regional administrator in Denver. “We will continue to work cooperatively with the state, Tribes, Encana and the community to secure long-term drinking water solutions. We look forward to having these findings in the draft report informed by a transparent and public review process. In consultation with the Tribes, EPA will also work with the state on additional investigation of the Pavillion field.”

EPA’s analysis of samples taken from the agency’s deep monitoring wells in the aquifer indicates detection of synthetic chemicals, like glycols and alcohols consistent with gas production and hydraulic fracturing fluids, benzene concentrations well above Safe Drinking Water Act standards and high methane levels. Given the area’s complex geology and the proximity of drinking water wells to ground water contamination, EPA is concerned about the movement of contaminants within the aquifer and the safety of drinking water wells over time.

Findings in the Private and Public Drinking Water Wells:

EPA also updated its sampling of Pavillion area drinking water wells. Chemicals detected in the most recent samples are consistent with those identified in earlier EPA samples and include methane, other petroleum hydrocarbons and other chemical compounds. The presence of these compounds is consistent with migration from areas of gas production. Detections in drinking water wells are generally below established health and safety standards. In the fall of 2010, the U.S. Department of Health and Human Services’ Agency for Toxic Substances and Disease Registry reviewed EPA’s data and recommended that affected well owners take several precautionary steps, including using alternate sources of water for drinking and cooking, and ventilation when showering. Those recommendations remain in place and Encana has been funding the provision of alternate water supplies.

Before issuing the draft report, EPA shared preliminary data with, and obtained feedback from, Wyoming state officials, Encana, Tribes and Pavillion residents. The draft report is available for a 45 day public comment period and a 30 day peer-review process led by a panel of independent scientists.