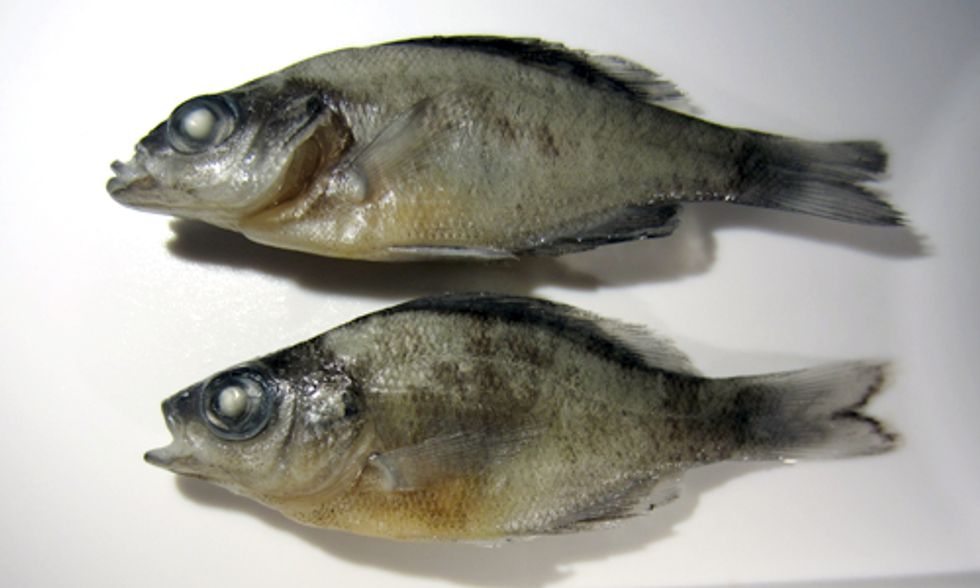 Conservation groups represented by the Southern Environmental Law Center won a major victory Monday night when a federal court ruled that they may go forward with challenges to coal ash pollution contaminating an important public fishery near Wilmington, NC and drinking water supplies for a nearby community. The court rejected numerous arguments by Duke Energy seeking to dismiss the lawsuit brought by Cape Fear River Watch, Sierra Club and Waterkeeper Alliance.

“This ruling is a major step towards protecting people who depend on nearby drinking wells for clean water and on fish from Sutton Lake for their next meal,” said Frank Holleman, the senior attorney at the Southern Environmental Law Center who represented the groups in court. “The court said Sutton Lake belongs to North Carolinians and rejected Duke Energy’s attempt to avoid its responsibility for polluting groundwater and drinking water supplies and convert Sutton Lake into its wastewater dump.”

The state drew national press when it stepped in at the last minute to try to block the citizens groups’ Clean Water Act lawsuit by filing an enforcement action in state court. But the federal court rejected Duke’s argument in this case that the groups’ lawsuit was preempted, finding not only that the state is prosecuting different claims than the conservation groups but also that it would be “remiss” to bar the groups from proceeding given that “there have been allegations of possible improper influence” between Duke and the North Carolina Department of Environment and Natural Resources (DENR). The relationship between Duke Energy and   DENR is under nationwide scrutiny and a federal criminal grand jury investigation in the wake of state efforts to block citizen enforcement of the Clean Water Act and the subsequent Dan River coal ash spill.

“Sutton Lake sits on the banks of the Cape Fear River and is an important part of our local economy, so DENR cannot give Duke Energy a blank check to treat this important public resource as a private wastewater treatment facility,” said Kemp Burdette, the Cape Fear Riverkeeper. “It’s long past time for Duke to remove the coal ash and start cleaning up the lake.”

DENR issued Duke a permit that purported to authorize the utility to dump untreated coal ash wastewater directly into Sutton Lake, but the Court held that Sutton Lake is a public waterway, not a private wastewater treatment facility. A study by a prominent biologist concluded that Duke's coal ash pollution was deforming and killing hundreds of thousands of fish in Sutton Lake each year.

“North Carolinians have the right to clean, safe drinking water, but Duke Energy’s toxic coal ash legacy is threatening that right, polluting Sutton Lake along with rivers and lakes across the state,” said Kelly Martin, senior campaign representative with the Sierra Club’s Beyond Coal campaign. “Duke Energy needs to clean up its coal ash pollution now and today’s court ruling moves us one step closer to the protections our communities and environment need.”

Duke’s groundwater pollution at Sutton is threatening the drinking water supply wells for the nearby Flemington community. Last year, after the conservation groups’ efforts brought public attention to the threat, Duke agreed to provide a new water supply to the community, but insisted on placing 17 square miles around Wilmington off limits for drinking water supplies in order to continue its coal ash pollution.

“Duke has got a pollution problem on its hands at Sutton that is indicative of similar contamination issues Duke has caused all around the state” said Donna Lisenby of Waterkeeper Alliance. “With longstanding, illegal pollution of the waters where we fish and drink, why wouldn’t Duke want to follow the South Carolina utilities into the twenty-first century and start cleaning up these problems by recycling and properly storing its coal ash?”

The federal court’s ruling allows the conservation groups to move forward with discovery of Duke’s documents and to question its executives under oath.