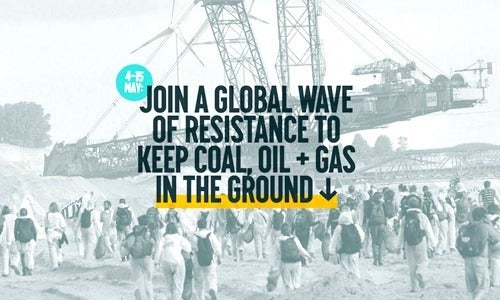 A global platform “Break Free” was launched today featuring a series of peaceful, escalated actions aimed to disrupt the fossil-fuel industry’s power by targeting the world’s most dangerous and unnecessary fossil fuel projects. 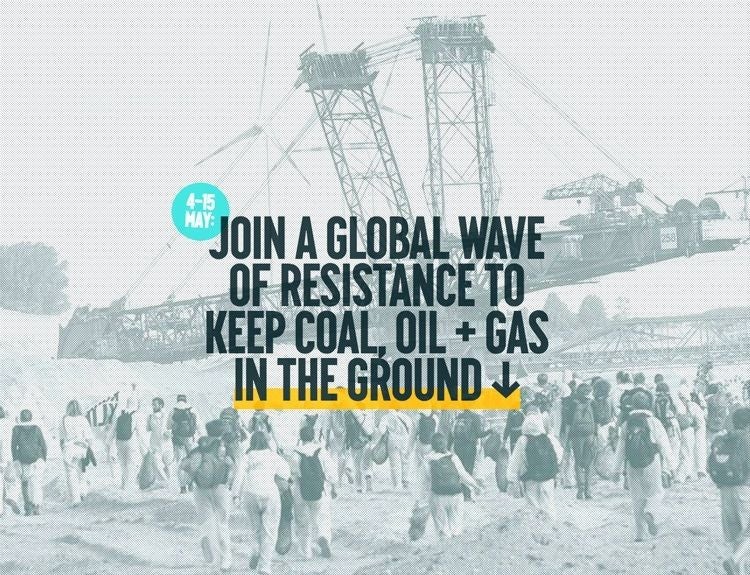 This May, thousands of people from around the world will join actions taking place across six continents which aim to stop dirty fossil fuels and speed up the just transition to 100 percent renewable energy. Major actions are currently planned in countries such as Indonesia, Nigeria, Brazil, U.S., Germany, Philippines, Australia and more, led by the communities that have spent years already fighting dangerous fossil fuel projects.

On the back of the hottest year in recorded history, communities worldwide are demanding governments move past the commitments made as part of the Paris agreement resulting from the summit held last December. In order to address the current climate crisis and keep global warming below 1.5 C, fossil fuel projects need to be shelved and existing infrastructure needs to be replaced, now.

“The science is clear: we need to keep at least 80 percent, if not more, of fossil fuel reserves in the ground,” Payal Parekh, global managing director of 350.org, said. “Communities worldwide are experiencing first hand the consequences of climate change and the damage inflicted by the fossil fuel industry. It’s up to us to break free from fossil fuels and accelerate the shift towards a just transition to 100 percent renewable energy. It’s in our hands to close the gap between what current commitments will achieve and what science demands is necessary in order to protect our common home.”

The climate movement’s commitment to scaling up its resistance to the fossil fuel industry comes at a time when renewable energy is already more affordable and widespread than ever before. These new tools give communities at the front lines of climate change new ways to respond to the crisis and build their own power.

“Moving towards 100 percent renewable energy is possible with the political will to make the change,” Arif Fiyanto, coal campaigner at Greenpeace Indonesia, said. “There are no major economic or technical barriers to a future supported by renewable energy. Any new infrastructure built to support fossil fuels expansion, such as coal mines, power plants, oil rigs and export terminals will be a waste of money and further lock us into a path to irreversible climate change.” 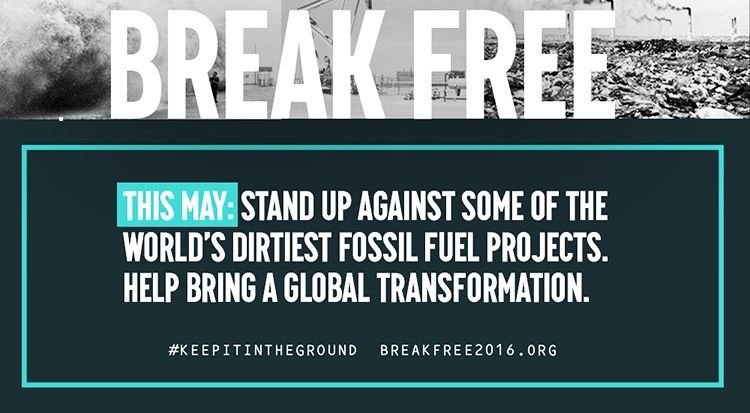 Post-Paris, the fossil fuel industry is running scared with prices plunging and companies going bankrupt. Now, ramped up civil disobedience will show that the industry’s social licence to operate is fast evaporating. Such peaceful civil disobedience brings people from all walks of life and not just seasoned climate activists, to challenge both politicians and polluters to accelerate the unstoppable energy transition already underway.

One such example is last year’s Ende Gelände (Here And No Further), which saw 1,500 people take part in a daring act of civil disobedience to shut down Europe’s biggest source of CO2 emissions. On the urgency at hand, Hannah Eichberger from this grassroots anti-coal alliance said: “It’s time now for a grassroots energy transition that does not only exchange one source of energy for the other but that tackles the root causes of natural destruction and social injustice: profit-driven corporate power.”

The struggles against the fossil fuel industry and the environmental, social, economic and political destruction they’ve wielded has been underway across regions for many years.

“Fossil fuels have brought horrendous pollutions to the Niger Delta alongside unimaginable human rights abuses while severely harming communities, Nnimmo Bassey, Nigerian activist from the Health of Mother Earth Foundation, said. “Crude oil is already history and has no future. We cannot allow fossil fuel addicts to burn the planet. The time for the shift is now. No one will set us free. We must break free ourselves, now.”

These peaceful worldwide mobilisations taking place in May serve as an important point in the climate movement’s trajectory to increase pressure on the fossil fuel industry. The global struggle to finally break free from fossil fuels will continue making this a struggle the world cannot ignore.

Here are highlights from some of the planned actions across six continents:

U.S.: Activists are targeting six key areas of fossil fuel development: new tar sands pipelines in the Midwest with an action near Chicago; fracking in the Mountain West with an event outside Denver; “bomb trains” carrying fracked oil and gas to a port in Albany, New York; Shell’s devastating refinery pollution north of Seattle; action around offshore drilling in the Arctic, Atlantic and Gulf coasts taking place in Washington, DC; and dangerous oil and gas drilling in Los Angeles. These diverse actions will all escalate critical local campaigns that target the unjust practices of the fossil fuel industry that burdened the poor and people of color with the bulk of the industry’s pollution.

Germany: Last year 1,500 people entered the pit of a lignite coal mine in the Rhineland and in May hundreds more are coming to Lusatia, where local communities have struggled against mining and resettlement for years. There they will engage in civil disobedience to stop the digging in one of Europe’s biggest open-pit lignite mines, which the Swedish company Vattenfall has put up for sale. The action will show any future buyer that all coal development will face resistance and demonstrate the movement’s commitment to a different kind of energy system that prioritizes people and the planet over corporate power and profit.

Nigeria: In the Niger Delta actions will be held in three iconic locations that epitomize the decades old despoiling of the region. The actions will show clearly that Nigeria, nay Africa, is better off without the polluting activities of the fossil industry. They will also underscore the fact that people’s action remains the viable way to save the planet from mankind’s addiction to fossil fuels.

Turkey: Community leaders in the Izmir region will confront the illegal tactics behind the coal industry’s plan to build four more dirty coal plants near their homes, in addition to the one operating illegally. They will gather at the gates of a massive, growing spoils mountain used by nearby coal plants against a court order to dispose of dangerous waste from the burning of dirty coal. This action will unite several fights against individual coal plants into a unified stance against the current Turkish government’s plan to dramatically expand the use of coal in the country.

Australia: As an election approaches, climate activists will bring the country’s growing climate movement to the world’s largest coal port in Newcastle and demonstrate their resolve to both make the climate a key issue in the coming election and their determination to continue resisting coal no matter who is in the prime minister’s chair.

Brazil: Indigenous people and climate activists will join hands for four different peaceful actions addressing key parts of the country’s oil and gas infrastructure—from where the gas is fracked in Indigenous land, to its risky transportation, to where it is burned. The exact details are being kept confidential, but thousands of participants are expected across more than a week of action in all areas of the country.