Brazil becomes the first country to officially declare such a ruling 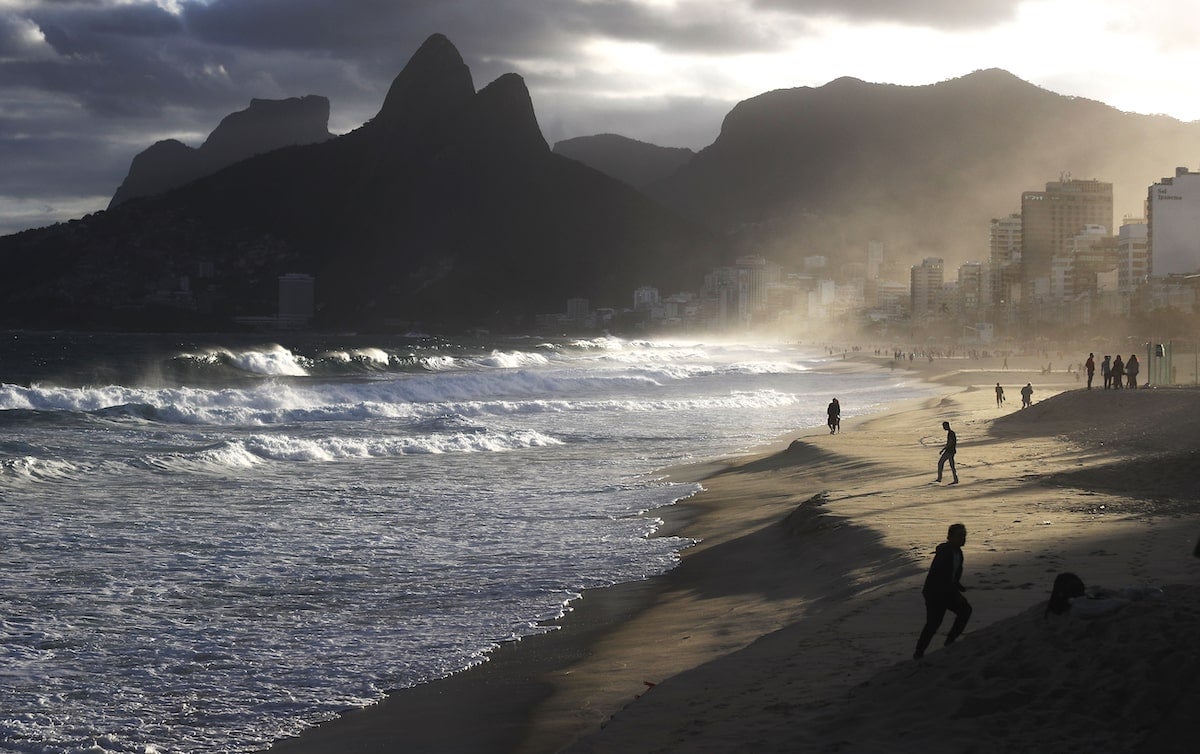 People walk by the Atlantic Ocean on Ipanema beach in Rio de Janeiro, Brazil. Changes in Rio's climate, including temperature and sea level rise, are projected to be the most dire of all cities in South America, according to the Urban Climate Change Research Network. Mario Tama / Getty Images

The supreme court of Brazil has ruled that the Paris Agreement, an international treaty adopted in 2015 to limit global warming to 2°C or, preferably, 1.5°C, is a human rights treaty that must take precedence over national laws. Brazil is the first country to declare such a ruling.

In the case PSB et al. v. Brazil (on Climate Fund) (ADPF 708), Brazil’s supreme court stated that the Paris Agreement is a “supranational” human rights treaty. The case was filed by four political parties (the Workers’ Party, Socialism and Liberty Party, Brazilian Socialist Party and Sustainability Network) after the government failed to distribute money from the national Climate Fund (Fundo Clima) since 2019. The fund was initially set up in 2009.

The Brazilian government argued that the Climate Fund was not constitutionally protected and court interference would violate the country’s separation of powers.

The Supreme Federal Court ruled, “Treaties on environmental law are a type of human rights treaty and, for that reason, enjoy supranational status. There is therefore no legally valid option to simply omit to combat climate change.”

The ruling also means that any laws made by the Brazilian government will be invalid if they contradict the Paris Agreement, and violating this ruling or the Paris Agreement is a violation of the country’s constitution and human rights.

“The constitutional duty to allocate the funds effectively means that there is a duty to mitigate climate change considering the international commitments under the climate change framework,” Columbia University’s Sabin Center for Climate Change Law case chart explained.

The Supreme Federal Court of Brazil is soon set to rule on two additional climate cases, one which is arguing for implementing the Action Plan for Prevention and Control of Deforestation in the Amazon and the other which argues that the government has failed to manage the Amazon Fund. Funding for the Amazon has been in steady decline since Jair Bolsonaro became president, Climate Home News reported.

Brazil is considered ‘highly insufficient’ in its climate actions to meet Paris Agreement targets, and deforestation is its No. 1 source of emissions, followed by agriculture. With business as usual, Brazil would contribute to an estimated 4°C of warming. Even if it fully implemented current policies, Brazil would still only reach a target of 3°C warming.

But the ruling could help more climate policies to be properly implemented on the basis of human rights. The ruling in PSB et al. v. Brazil (on Climate Fund) could create a lasting impact outside of Brazil, too.

Caio Borges, a law and climate portfolio manager at the Instituto Clima e Sociedade (iCS) in Brazil, told Climate Home News of the ruling, “Having a constitutional court qualifying the Paris Agreement as a human rights treaty may spur a global movement for the courts to follow suit in that recognition.”