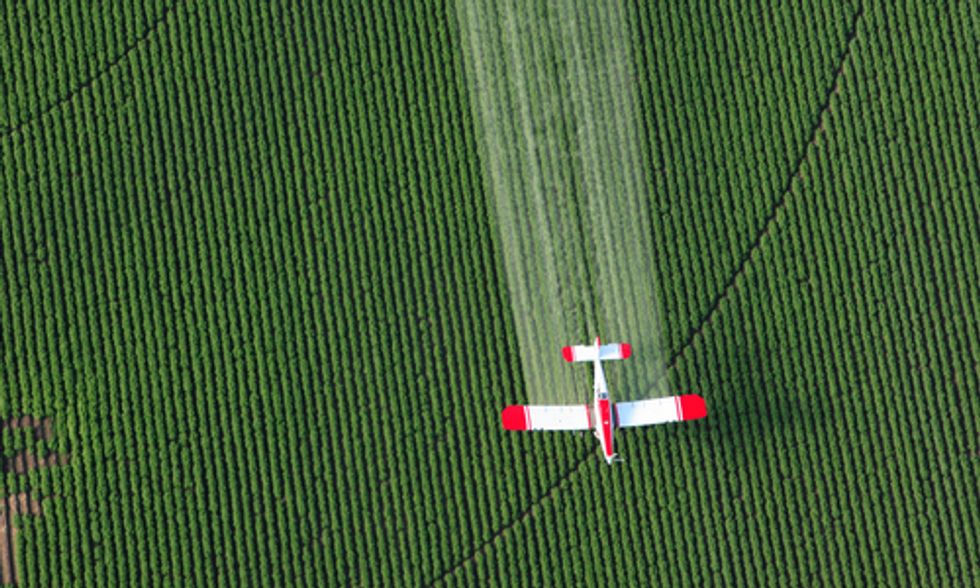 Brazil's Federal Public Prosecutor has asked the country's justice department to suspend the use of glyphosate, which is the active ingredient in Monsanto's Roundup—the world's top-selling herbicide.

In addition, the prosecutor has also targeted another herbicide known as 2,4-D and the active ingredients methyl parathion, lactofem, phorate, carbofuran, abamectin, tiram and paraquat, according to GMWatch.

Actions have already been filed within Brazil's court system, the first of which seeks to compel the National Health Surveillance Agency (ANVISA) to reevaluate the toxicity of the eight active ingredients suspected of causing damage to people's health and the environment.

The actions request a preliminary injunction which would allow the Ministry of Agriculture, Livestock and Supply to suspend the registration of the products until a final conclusion about their toxicity is reached by ANVISA.

Regarding 2,4-D, the prosecutor has asked that the National Biosafety Technical Commission prohibit the widespread sale of genetically engineered seeds resistant to the herbicide pending a final position by ANVISA.

The news comes as another huge blow to the biotech industry, following last week’s unanimous ruling by Brazil’s Federal Appeals Court that decided to cancel the cultivation of Bayer’s Liberty Link GM Maize, according to Agro Link.

Two weeks ago, Sri Lanka ordered a ban on glyphosate due to concerns the chemical may be linked to a mysterious kidney disease that has killed thousands of agricultural workers, according to the Center for Public Integrity.

The legislature in El Salvador approved a ban on dozens of agrochemicals including glyphosate last September, but the proposal has so far not been signed into law.