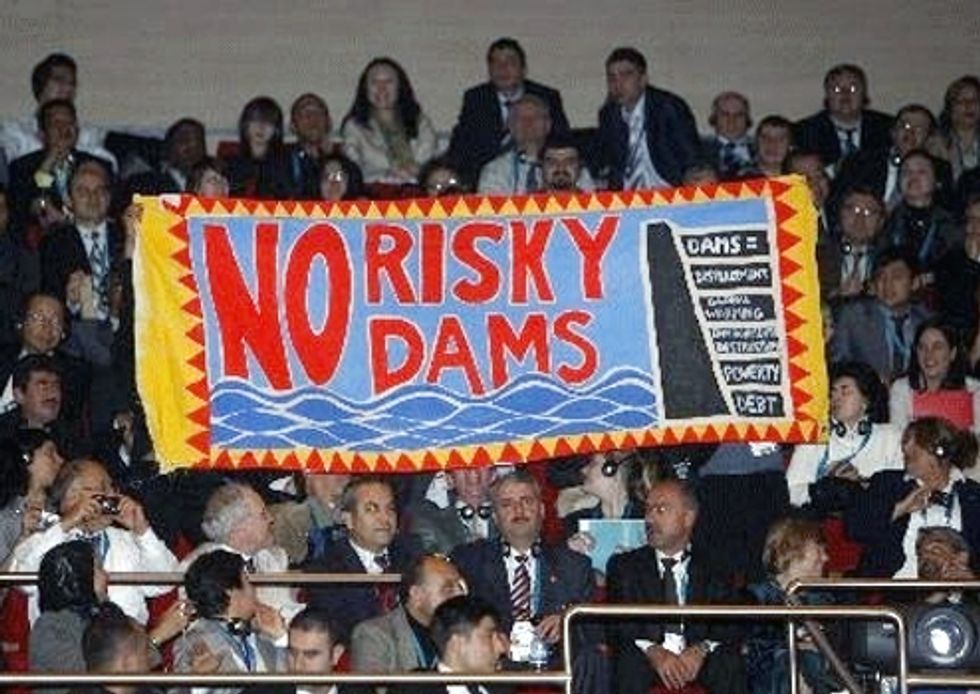 An attempt by President Dilma Rousseff to eliminate 86,288 hectares of protected areas in the Brazilian Amazon (equivalent to the area of 161,178 football fields) to make way for five large hydroelectric dams has been challenged as unconstitutional in the Supreme Court by Federal Public Prosecutors (the Ministério Publico Federal or MPF). The MPF alleges that the Provisional Measure (Medida Provisória) signed by Rousseff in early January violates the Brazilian Constitution and the country's environmental legislation.

According to head prosecutor Roberto Monteiro Gurgel Santos, the majority of the proposed dam projects lack environmental impact studies. As a result, there is no certainty whether the dams will be constructed, and if so, in what location that would minimize their negative impacts. Hence, reducing the boundaries of protected areas to make way for dam reservoirs, prior to carrying out environmental impact studies, is both ludicrous and illegal. Economic viability studies for the proposed dams have also not been carried out.

"The Provisional Measure signed by President Rousseff signals a growing tendency within the federal government, already visible with the Belo Monte Dam, to blatantly disregard human rights and environmental legislation in the rush to construct over 60 large dams in the Amazon," said Brent Millikan, Amazon program director at International Rivers. "This shows that the president is backtracking on Brazil's environmental commitments, and will use any means necessary to push through an agenda of expensive mega-infrastructure projects in the Amazon, reminiscent of the military dictatorship in the 1970s. It begs the question, who will protect the Amazon and the rights of its people, if not the government?"

If the Provisional Measure is not overturned by the Supreme Court, it still needs to be ratified by both houses of Congress to enter into law. In Para State, the Provisional Measure would eliminate a total of 75,630 hectares in five conservation units to make way for the reservoirs of two large proposed dams on the Tapajós river—São Luiz do Tapajós and Jatobá. The areas that would have their boundaries reduced include the Amazonia National Park (17,800 hectares), the Itaituba 1 and Itaituba 2 National Forests (7,705 and 28,453 hectares, respectively), Crepori National Forest (856 acres), and the Tapajos Environmental Protection Area (19,916 hectares).

In the states of Rondônia and Amazonas, 8,470 hectares would be excluded from the Mapinguari National Park so they could be flooded by the Jirau and Santo Antônio dams on the Madeira River. Additionally, 2,188 acres would be excluded from the Campos Amazônicos National Park to make way for the reservoir of the proposed Tabajara hydroelectric dam on the Machado River, a tributary of the Madeira River.

According to a document submitted by the Rousseff administration to the Brazilian Congress, the reduction of protected areas was proposed by the federal environmental agency, ICMBio. However, internal memos reveal that local staff of ICMBio—who are responsible for the management of protected areas in the Tapajós region—expressed direct opposition to the proposal. According to them, the reduction of protected areas, in the absence of socio-economic and environmental assessments of impacts and risks, is likely to cause tremendous damage to the region's biodiversity, including endemic and endangered species, and to the livelihoods of local populations.

Raione Lima, regional coordinator of the Movement for Dam Affected People (MAB) in Itaituba (Pará state) argues that "the government's attempts to reduce the size of conservation units on the Tapajós river shows that it is catering to the interests of large construction contractors, mining interests, agribusiness, commercial loggers and other members of the local elite, at the expense of biodiversity and the rights of indigenous communities and other local populations."

The São Luiz do Tapajós and Jatobá dams are the first of seven large dams proposed by the parastatal energy company Eletronorte for construction along the Tapajós River and its main tributary, the Jamanxim River. The reservoirs of five additional dams (Chacorão, Cachoeira do Caí, Jamanxim, Cachoeira dos Patos, and Jardim de Ouro) would inundate a total of 165,324 hectares in two national parks, four national forests and the Mundurucu indigenous territory. Recently, the Mundurucu tribe denounced Eletronorte's plans to build the Chacorão dam, slated to flood 18,721 hectares of indigenous lands, as a "criminal act" that demonstrates an "absolute lack of concern of the federal government with the rights of the indigenous people of Brazil."