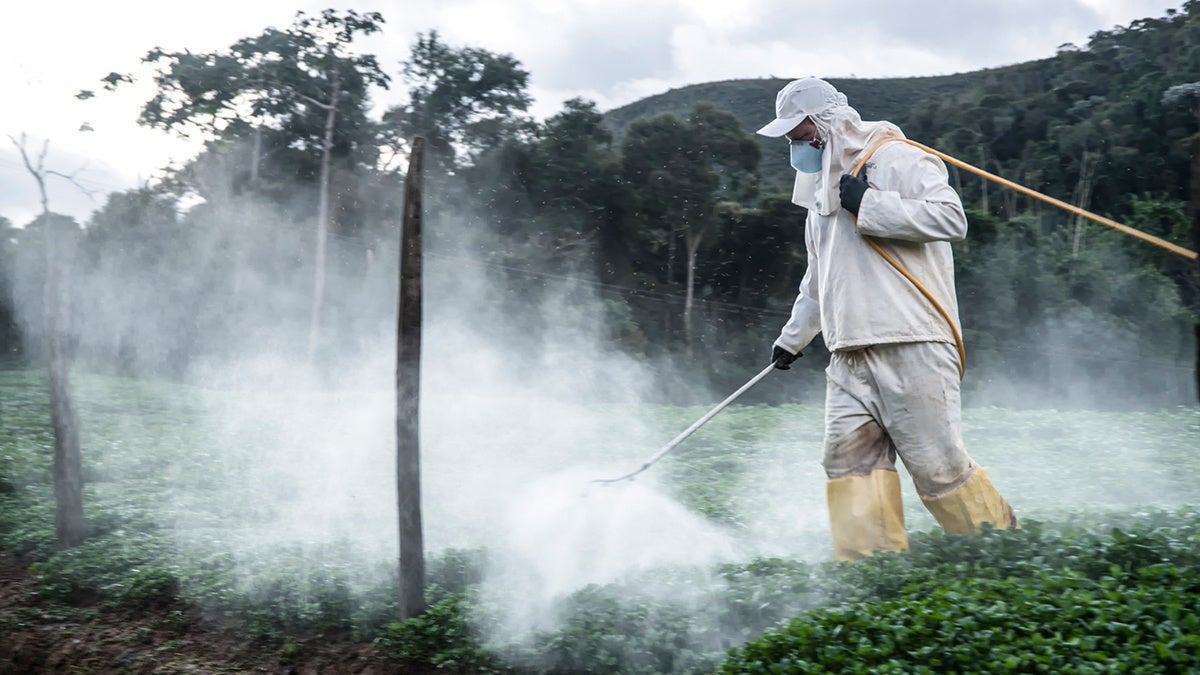 Pointing to the deaths of more than half a billion bees in Brazil over a period of just four months, beekeepers, experts and activists are raising concerns about the soaring number of new pesticides greenlighted for use by the Brazilian government since far-right President Jair Bolsonaro took office in January — and the threat that it poses to pollinators, people and the planet.

Indigenous and green groups have expressed alarm about the dangers of Bolsonaro’s anti-environment policies — especially for the Amazon rainforest — since even before Bolsonaro’s inauguration. Recent reports highlighting that the Bolsonaro government has approved a record 290 pesticides so far this year have further heightened worries about his environmental agenda and its consequences.

“Between December 2018 and March 2019, more than 500 million bees were found dead by beekeepers in four Brazilian states,” SciDev.net reported Friday, citing figures revealed earlier this year. “Beekeepers’ associations and agriculture authorities suspect this was caused by the widespread use of two classes of pesticides — fipronil and neonicotinoids — on flowering crops.”

Fipronil is banned by the European Union and classified as a possible human carcinogen by the U.S. Environmental Protection Agency. As studies have shown that neonics are harmful to bees, the E.U. and countries such as Canada have moved to outlaw them — while other nations, like the U.S. under the Trump administration, have defied scientists’ warnings and rolled back rules.

In Brazil, Bloomberg noted Monday, “the die-off highlighted questions about the ocean of pesticides used in the country’s agriculture and whether chemicals are washing through the human food supply — even as the government considers permitting more.”

“The death of all these bees is a sign that we’re being poisoned,” Carlos Alberto Bastos, president of the Apiculturist Association of Brazil’s Federal District, told Bloomberg.

Brazil now has 2,300 pesticides registered for use — and the rate of new pesticide authorizations under the Bolsonaro government is unprecedented, according to Mongabay.

The current authorization rate is the highest ever recorded by the Ministry of Agriculture (MAPA) since the agency began releasing data in 2005. In comparison to the 290 pesticides approved in the first seven months of 2019, just 45 were approved over the same period during 2010. This June and July alone, MAPA published registrations for 93 new pesticides in the Official Gazette.

“In addition to the new products, a new regulatory framework to assess pesticide health risks was established in July that will reduce restrictiveness of toxicological classifications,” explained Mongabay. “Under Bolsonaro, 1,942 registered pesticides were quickly reevaluated, with the number considered extremely toxic dropped from 702 to just 43.”

Despite recent reevaluations, Bloomberg reported, “about 40 percent of Brazil’s pesticides are ‘highly or extremely toxic,’ according to Greenpeace, and 32 percent aren’t allowed in the European Union. Meanwhile, approvals are being expedited without the government hiring enough people to evaluate them, said Marina Lacorte, a coordinator at Greenpeace Brazil.”

Given those figures, Victor Pelaez — coordinator for the Observatory of the Pesticide Industry at the Federal University of Paraná (UFPR) in Brazil — said in an interview with Mongabay, “How do these authorizations address a concern for the health of the population and the environment?”

“Instead of assessing the level of insect infestation in a crop and then doing corrective work, they act preventively and apply pesticides in an indiscriminate way. It is like trying to prevent a cancer that you don’t have,” he said. “They don’t need to keep monitoring the crop, which is much cheaper. It’s an agriculture characterized by saturation, not precision.”

This approach to agriculture — which makes up about 18 percent of Brazil’s economy — has experts and activists worried about the long-term consequences, in Brazil and beyond, especially considering that an estimated three-quarters of human food relies in part on pollinating insects like bees.

“There are around 20,000 species of bees worldwide that pollinate more than 90 percent of the world’s top 107 crops,” according to SciDev.net. “Brazil is home to up to 5,000 of these species and 85 out of the country’s 141 crops depend on bees as pollinators.”

Breno Freitas, an agricultural engineer at Brazil’s Ceará Federal University, emphasized to the outlet that pesticide use is only one of the looming threats to bees both in Brazil and around the world, also pointing to deforestation, urbanization, the climate crisis, land-use change, habitat loss, disease and invasive species.

“All these threaten many bee species at the same time, but we still do not know the extent of these problems on bee population worldwide,” Roberta Nocelli, a biologist at the Federal University of São Carlos’s Center for Agricultural Sciences told SciDev.net.

“Just as important as knowing which is the most toxic insecticide for bees is discussing how these products are being used,” added Nocelli, who said that most bee deaths are tied to misusing pesticides.

Freitas noted that most documented bee deaths are for species kept by beekeepers for honey, so “although for the beekeeper these losses are disastrous, little is known about the impact of pesticides on wild bee populations outside apiaries.”

“It could be that the situation of some wild species is stable, because they are in the woods, where pesticides are not able to reach,” he said. “Or it could be worse than we think, given that many of them have a short flight radius and tend to build their nest within agricultural areas.”