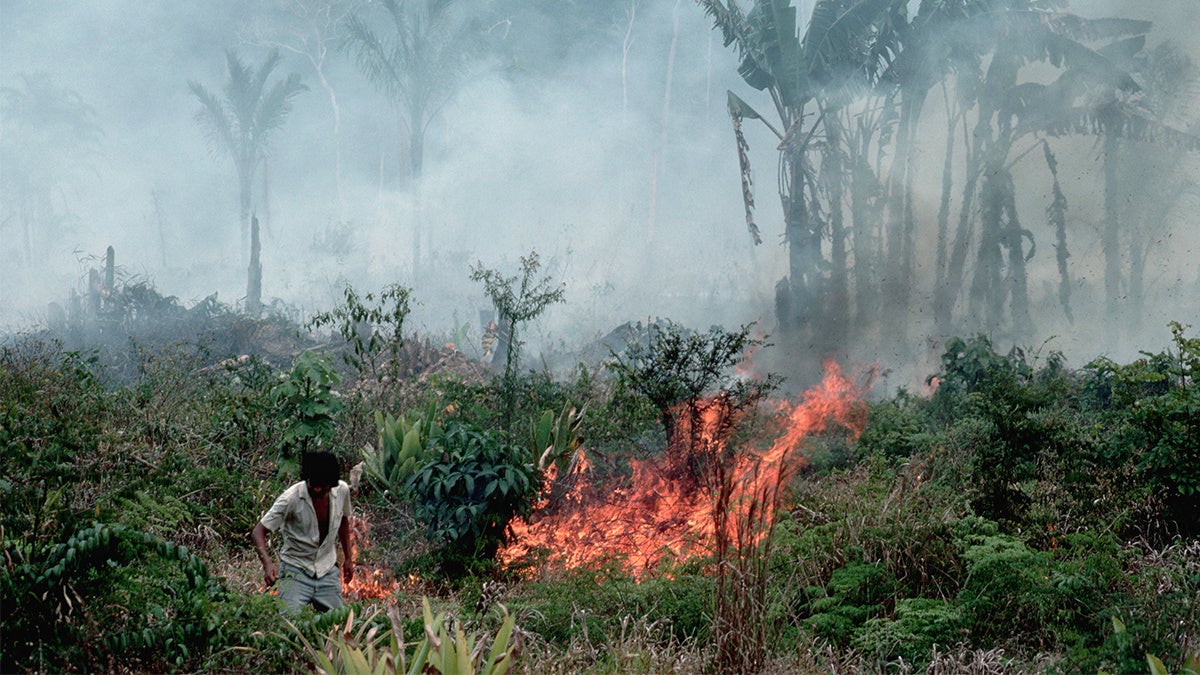 Using fire like this farmer to clear land in the Amazon will be banned in Brazil for 60 days. Stephanie Maze / Corbis Documentary / Getty Images Plus

Brazil’s right-wing President Jair Bolsonaro signed a decree Wednesday banning the use of fire to clear land in the Amazon rainforest for 60 days, CNN reported.

The ban was announced Thursday morning but went into effect the day it was signed. It follows an international outcry over the record number of fires burning in the world’s largest tropical rainforest. Bolsonaro has been blamed for encouraging deforestation with his promises to open the Amazon to mining and farming.

The ban was signed the same day that a forestry expert issued a dire warning in Brazil’s O Globo newspaper, as The Guardian reported.

“The worst of the fire is still to come,” Tasso Azevedo, an environmental expert and advocate who coordinates the deforestation monitoring group MapBiomas, wrote.

Azevedo explained that much of the area burned in July and August had first been cleared in April, May and June. Forest cut down in the summer has not yet burned. He recommended increasing protection for indigenous territories and conservation areas, and for a burn ban lasting until the end of the dry season in late October.

“What we are experiencing is a genuine crisis which could become a tragedy foretold with much larger fires than the ones we are now seeing if they are not immediately halted,” he wrote.

The ban announced Thursday roughly follows the timeline Azevedo recommended, but environmentalists expressed doubts that it would be effective, BBC News reported. They pointed out that many fires are already started illegally, and the problem is a lack of enforcement.

The ban does allow for burning to preserve plant health, prevent wildfires and for subsistence agricultural techniques used by indigenous people.

Bolsonaro has already accepted four planes from Chile to help battle the blazes, BBC News reported. He has also deployed 44,000 soldiers. But he refused million from the G7 countries.

According to the most recent data from Brazil’s space agency, there have been more than 83,000 fires between Jan. 1 and Aug. 27 of this year, up 77 percent from the same period in 2018, BBC News reported. The Brazilian Amazon lost an area half the size of Philadelphia in July and an area the size of Hong Kong in August, according to The Guardian.

The Amazon rainforest is an important sink for carbon dioxide. It produces almost 20 percent of the earth’s oxygen and also pumps moisture into the atmosphere, CNN explained.