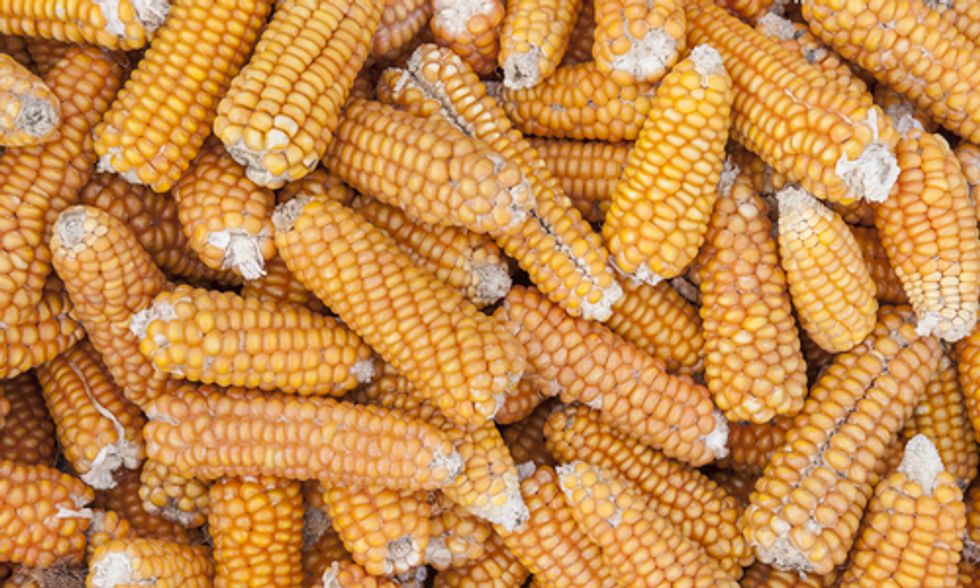 An unintended outcome is almost certainly an increased use of pesticides. Photo courtesy of Shutterstock

The Association of Soybean and Corn Producers of the Mato Grosso region said farmers first noticed in March that their genetically modified (GMO) corn crops were less resistant to the destructive caterpillars that “Bt corn”—which has been genetically modified to produce a toxin that repels certain pests—is supposed to protect against. In turn, farmers have been forced to apply extra coats of insecticides, racking up additional environmental and financial costs.

The association, which goes by the name Aprosoja-MT, is calling on Monsanto, DuPont, Syngenta and Dow companies to offer solutions as well as compensate the farmers for their losses. In a release posted to the Aprosoja-MT website, spokesman Ricardo Tomcyzk said farmers spent the equivalent of $54 per hectare to spray extra pesticides, and that the biotech companies promised something they didn’t deliver, “i.e. deceptive advertising.” (via Google Translate)

But Monsanto, et al are unlikely to accommodate the farmers. According to Reuters, “seed companies say they warned Brazilian farmers to plant part of their corn fields with conventional seeds to prevent bugs from mutating and developing resistance to GMO seeds.”

Earlier this year, a similar problem arose in the U.S., when scientists confirmed that corn-destroying rootworms had evolved to be resistant to the GMO corn engineered to kill them.

The industry response to such loss of efficacy is not to encourage biodiversity, but to further modify the organisms, according to the nonprofit GM Watch.

The case of Brazil is an example for an overall trend showing that nearly twenty years after the start of commercialization of Bt crops, there are problems in several countries growing this kind of genetically engineered crop. Industry tries to tackle this issue by commercialization of so called “stacked events” that produce several different Bt toxins. The best known example is Monsanto’s SmartStax maize that produces six different Bt toxins.

Another unintended outcome is almost certainly an increased use of pesticides, as has already happened in Mato Grosso.