Brazil’s Satellite Agency is Back Online: Fire Hotspots have Doubled 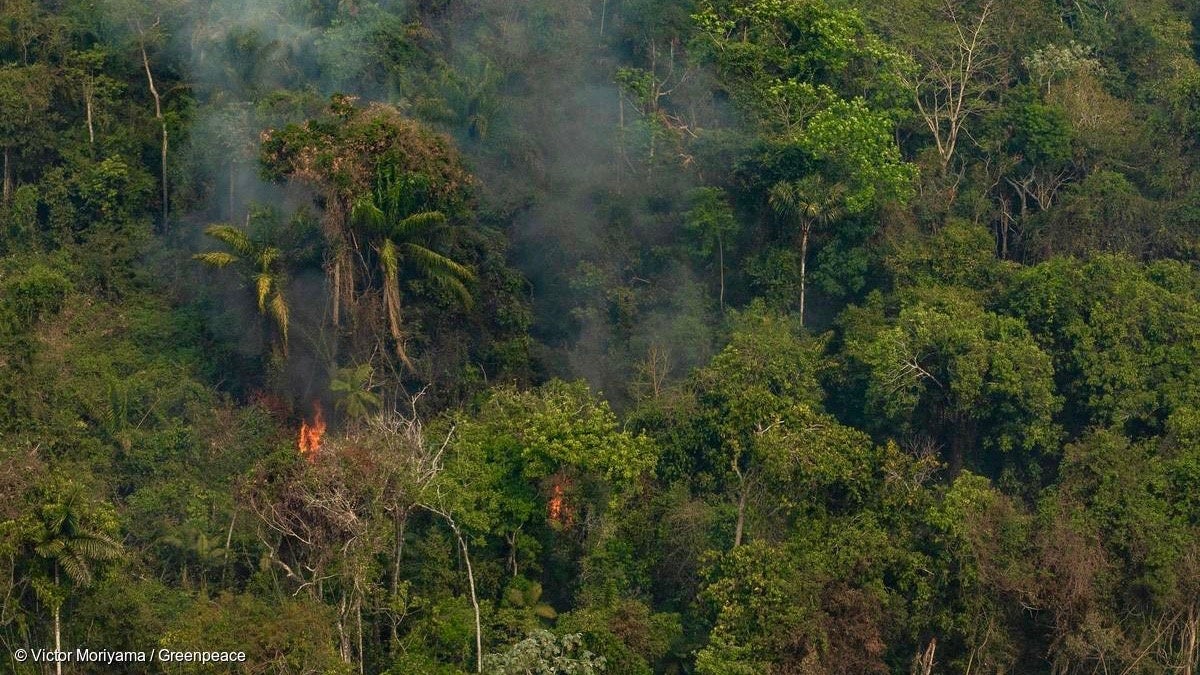 Aerial image of burning in the Serra do Cachimbo REBIO (Biological Reserve) in Altamira, state of Pará. 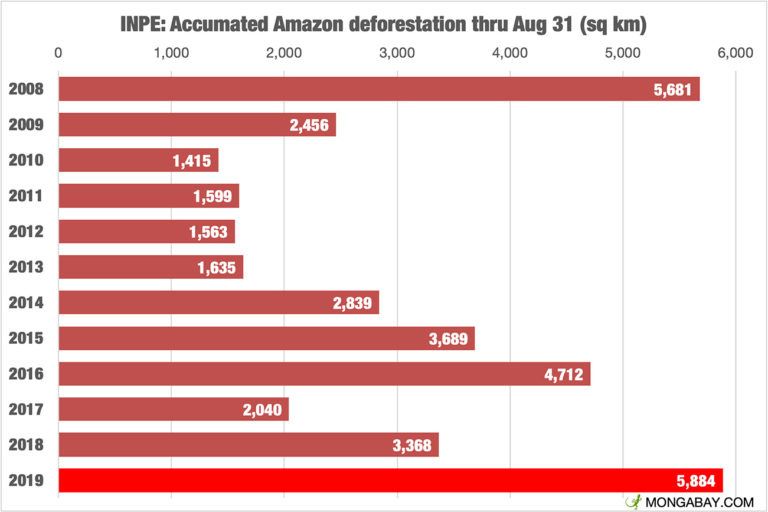 Accumulated INPE short-term deforestation alert data tallied for the Jan-Aug period on an annual basis since 2008. Note: official deforestation data is typically released in November or December and uses an Aug-Jul “year”

Year-to-date, INPE data puts forest loss in the Brazilian Amazon at 5,884 square kilometers through Aug. 26, more than 75 percent ahead of the area cleared through the end of August last year.

Deforestation in the Brazilian Amazon is normally tabulated on an Aug. 1 through July 31 “year” — the official estimate for the August 2018 – July 2019 year is expected to be released this November or December.

INPE reported an increase in burn scars in the Amazon, rising from 794 square kilometers last August to 1,259 square kilometers for the first 26 days of last month. Burn scars are not necessarily representative of recent deforestation however: most burn scars occur in agricultural lands, pasture, scrub, and degraded forest areas.

INPE also updated its fire data, counting more than 30,000 fire hotspots in Amazonia for the month of August 2019, nearly triple the 10,421 registered last August. INPE should be releasing its estimate of the area burned in August soon. 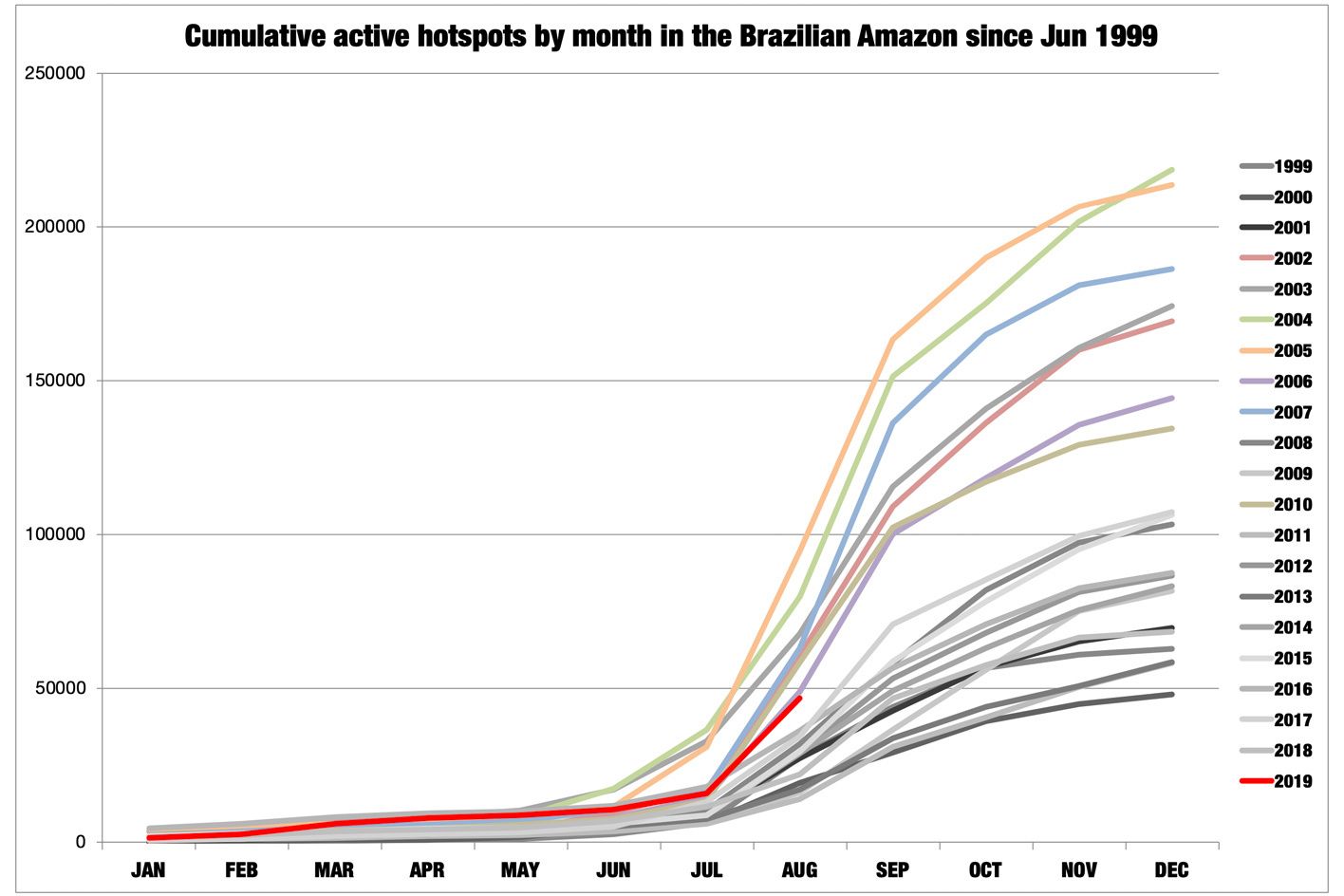 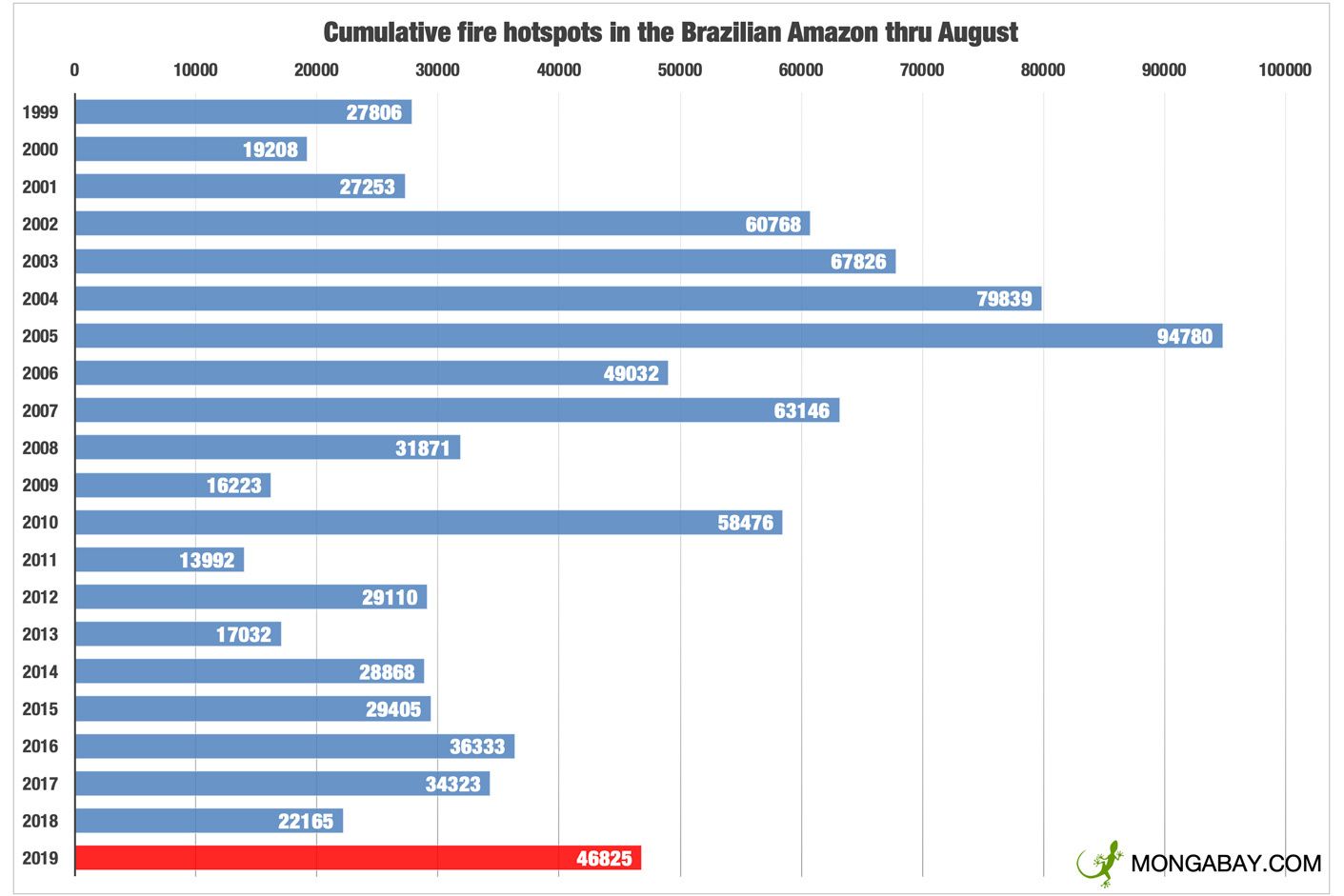 For the year, INPE has recorded 46,825 hotspots in Amazonia, more than twice the number of a year ago.

While the current fires have garnered substantial attention and outrage, burning is a commonly used approach for clearing forests in the Amazon, especially for cattle ranching. Fires are typically set during the dry season, which normally runs from June to October.

This year’s fires are the highest since 2010 — which was a severe drought year in the region — raising fears among scientists, conservationists, and environmentalists that Brazil’s progress in reducing deforestation since the mid-2000s may be reversing. 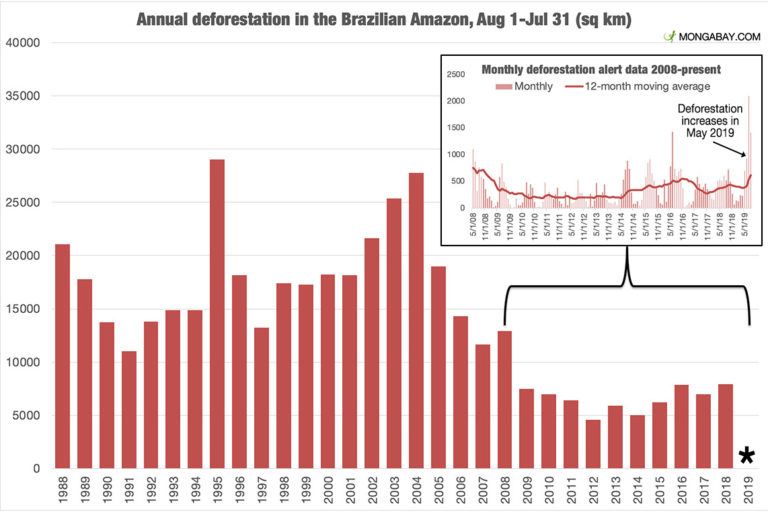 This weekend’s release of deforestation data is the first since early August when INPE director Ricardo Magnus Osório Galvão was sacked after President Bolsonaro complained that INPE had exaggerated the recent increase in deforestation. Bolsonaro did not provide any evidence to support his claims and independent analysis by Brazilian NGO Imazon also showed a sharp increase in forest loss for the same period, further calling into question the president’s statements.

The release comes after the Federal Public Ministry (MPF) gave the Ministry of Environment and the Ministry of Science and Technology a Sept. 2 deadline to provide evidence that INPE’s deforestation is unreliable.