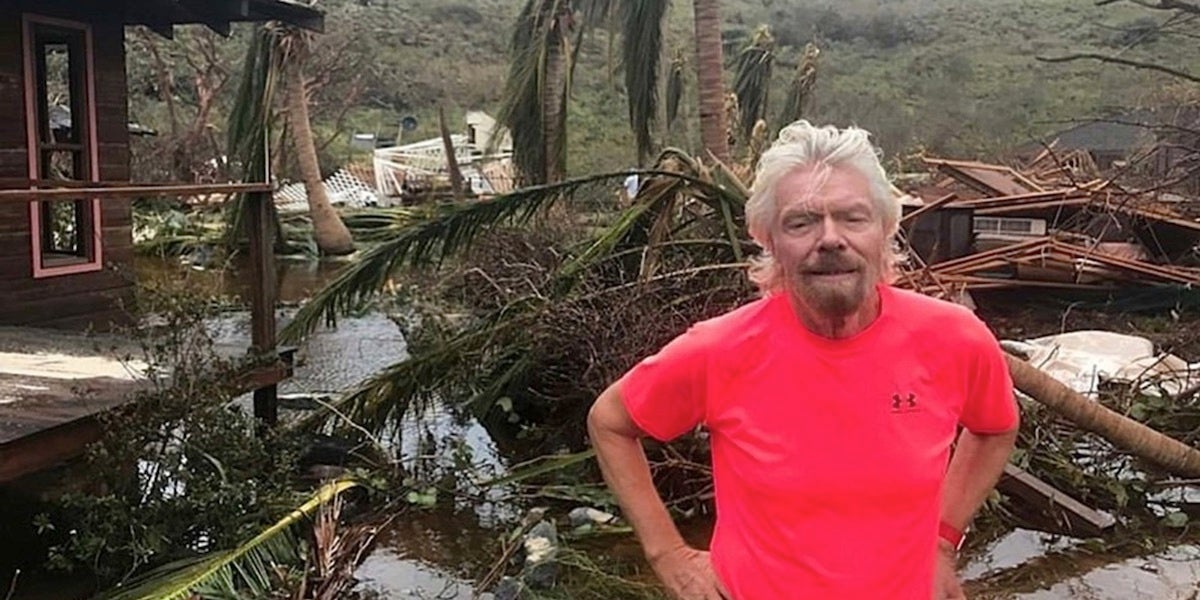 BMR Energy will take over the power purchase agreement and restoration efforts of the solar farm, the company said in a
press release.

We’re proud to announce our acquisition of a 4-MW #solar facility in St. Croix that experienced damage from #HurricaneMaria in 2017. Renovations are underway. At full capacity, the facility will power 1,600 homes with #renewableenergy. https://t.co/XpZBakl05o

BMR Energy, which develops and operates clean energy projects in the Caribbean and Latin America, was purchased by Richard Branson’s Virgin Group in 2016.

“The world needs to find ways to introduce more resilient clean energy,” Branson said in the release. “The Caribbean has an abundance of clean energy sources, and BMR are taking great strides towards helping create zero-carbon energy supplies for years to come.”

Rebuilding the storm-wrecked region is a cause that is close to the Virgin founder. The billionaire businessman owns a private island in British Virgin Islands where he rode out both
hurricanes Irma and Maria in the space of two weeks.

“I’ve never experienced anything quite like Hurricane Irma,” Branson said in an Instagram
video in September. “It literally devastated the British Virgin Islands.”

Branson, a longtime environmentalist, intends to bring a “green energy revolution” to the region. Last year, he met with government representatives from Britain and the U.S. to set up a green fund to rebuild the Caribbean.

“As part of that fund we want to make sure that the Caribbean moves from dirty energy to clean energy,” he told the
Thomson Reuters Foundation in September.

Hurricane Maria not only devastated the Caribbean, it also hampered the area’s supply of renewable energy. The St. Croix solar farm is currently running at less than 45 percent capacity.

“This acquisition is an opportunity to show how to build for stronger hurricane resiliency and offer greater value to the region,” Bruce Levy, CEO of BMR Energy, said in the release. “As the prolonged restoration in these hurricane-devastated areas highlights—with Puerto Rico being the most extreme example—we must remain committed to rebuilding our infrastructure right and successfully maintaining projects through long-term ownership.”