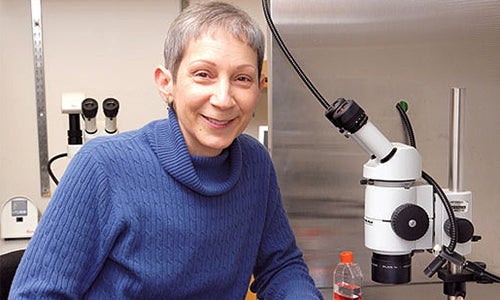 BPA and other estrogenic compounds hamper development of the stem cells responsible for producing sperm in mice, which suggests such exposure could contribute to declining sperm counts in men, according to a new study. 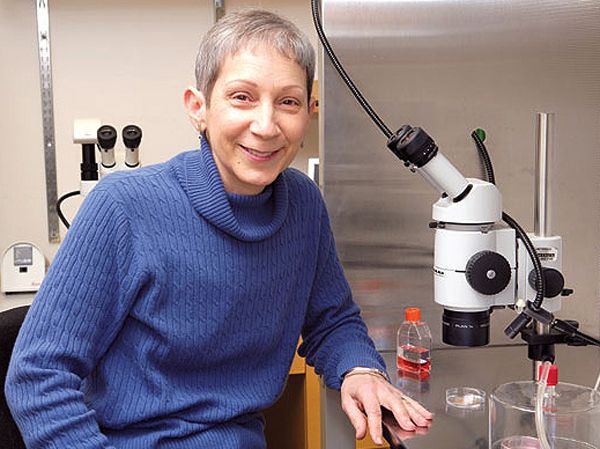 The study, published online yesterday in PLoS Genetics, is the first to suggest that low, brief exposures to bisphenol-A, or other estrogens such as those used in birth control but found as water contaminants, early in life can alter the stem cells responsible for producing sperm later in life.

Exposure to estrogens “is not simply affecting sperm being produced now, but impacting the stem cell population, and that will affect sperm produced throughout the lifetime,” said Patricia Hunt, a geneticist at Washington State University who led the study.

BPA is a ubiquitous chemical found in most people and used to make polycarbonate plastic and found in some food cans and paper receipts. People also are exposed to synthetic estrogens used in birth control as they are commonly found contaminating water, even after treatment.

The U.S. Food and Drug Administration banned BPA from baby bottles in 2012 but maintains that BPA currently used in food containers and packaging is safe. And this week the European Food Safety Authority announced in a new assessment there is “no consumer health risk from bisphenol-A exposure.”

However, Hunt’s study adds to evidence that low doses of the compound may harm us.

These exposures—comparable to human exposures to the compounds—caused “permanent alterations” to the stem cells responsible for sperm production, the authors wrote.

The researchers also transplanted the stem cells into unexposed mice and verified the impacts to sperm development.

It is “sobering evidence” for possible harmful impacts from short-term exposure, said Mary Ann Handel, a senior research scientist with The Jackson Laboratory, which specializes in genetics research.

Scientists previously found BPA exposure impacts mice testis size and sperm development and prostate growth. But what Hunt and colleagues did was different—they found a possible reason why these things happen: changes to the stem cells, which are vital for male reproduction.

“The negative effects of estrogenic chemicals on the developing male include an expanding list of subtle changes to the developing brain, reproductive tract and testis,” the authors wrote. “Changes in all three have the potential to induce major reproductive repercussions and … the biological underpinnings remain unclear.”

Over the past few decades, researchers have noted declining sperm counts and quality in places such as Europe, Japan and the U.S. In Denmark, more than 40 percent of young men have sperm counts associated with infertility or decreased fertility.

“When you show you’re impacting a stem cell—that’s a huge deal,” said University of Missouri scientist Frederick vom Saal, who was not part of the study. “This exposure could very well be the basis for transgenerational loss of sperm production.”

And, while there are some limits in using mice and extrapolating findings to humans, the reproductive systems’ “fundamentals are the same,” Hunt said.

However, Steven Hentges of the American Chemistry Council, which represents chemical manufacturers, said in an emailed response that multiple large studies “consistently find no reproductive effects in males or females at any dose remotely close to the levels of BPA to which people are actually exposed.”

He said Hunt’s study is of “limited relevance to human health” and that the doses used were much higher than actual human exposure.

Hunt said that is not true.

“The levels we used are based on previous studies and produce very low levels in blood that are lower than those reported in humans,” Hunt said.

Vom Saal said it’s important in future studies to see if the stem cell changes from exposure are passed to future generations. Evidence suggests that estrogenic compounds appear to alter the ability of genes to function properly, a phenomenon referred to as epigenetic changes.

When such changes happen, it can mean similar problems in sperm production for future generations. And “since most people are consistently exposed to BPA and other estrogenic compounds, each generation could have it a bit worse,” vom Saal said.

Hunt and colleagues did run into one problem—there are secondary impacts, such as fluid retention, which make it difficult to take the stem cell research to the next level and look at correlations in sperm cell counts and measures of reproductive ability.

“Exposure is not just affecting cells in testis but the whole animal,” Hunt said.

Hunt admits this is “complicated genetics stuff,” but said the consequences are quite important.

“This implicates cells way upstream” and could mean problems for “subsequent generations after exposure,” she said.

Is Artificial Turf Safe for Your Children?